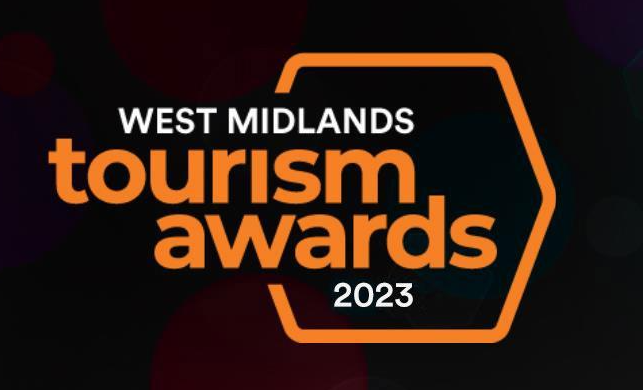 The finalists for the 2023 West Midlands Tourism Awards have been shortlisted, with 33 of the region’s top visitor-facing businesses targeting success in 14 categories.

Companies from across the West Midlands’ accommodation, arts, food & drink, visitor attraction and heritage sectors will be aiming for success and recognition in categories, including the New Tourism Business Award, Experience of the Year and Large Visitor Attraction of the Year.

As well as regional success, the winners of the awards will automatically be nominated for the VisitEngland Awards for Excellence 2023 for the chance to be recognised on a national level.

The awards are supported by the West Midlands Growth Company, which is responsible for delivering the Business and Tourism Programme. The three-year initiative aims to leverage the profile of the Birmingham 2022 Commonwealth Games to attract more tourists and major events to the West Midlands and wider UK.

“The West Midlands Tourism Awards are once again set to honour those venues that make this region such an impressive and welcoming place to visit.  Applications for these awards really do test the judges to undertake the most careful of analysis before arriving at the best of the best.  In this respect, all nominations can be enormously proud.

“It’s been a significant year for the West Midlands, with Coventry wowing arts fans during its memorable 12 months as UK City of Culture, and the breath-taking Birmingham 2022 Commonwealth Games attracting more than five million visitors to Birmingham city centre during the two-week sporting spectacle.  While many people came for the Games, it was the offering and welcome of our West Midlands tourism and hospitality venues, which really struck a chord with visitors.

“Despite the strong headwinds affecting all our daily lives at the moment, we look forward, with eager anticipation, to celebrating our fantastic tourism offer and the people who have helped to make 2022 such a vibrant year.”

Tourism contributed £10.1 billion to the West Midlands economy last year, attracting 102.3 million visitors as it started to recover from the outbreak and impact of the COVID-19 pandemic. It supported more than 101,000 full-time equivalent jobs.

The 2023 West Midlands Tourism Awards take place on 16 March 2023 at Wolverhampton’s Grand Station, with comedian Shazia Mirza as host, and entertainment from The Peaky Blinders band.