Home / Invest in the
West Midlands

Home to three thriving cities – Birmingham, Coventry and Wolverhampton - the West Midlands is on the move.

Talented.
The West Midlands is proud of its young, diverse and entrepreneurial population. Eight universities and world-class research institutions produce 55,000 graduates every year. More than 1.3 million under 25s living in the region. 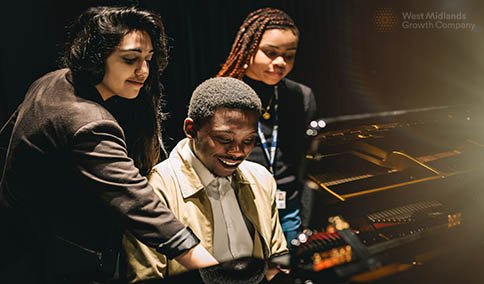 Innovative.
Around the world, the most successful ideas emerge from places which have three critical things: world-class research institutions; a cluster of high technology firms: and major government investment. The West Midlands is home to all three. 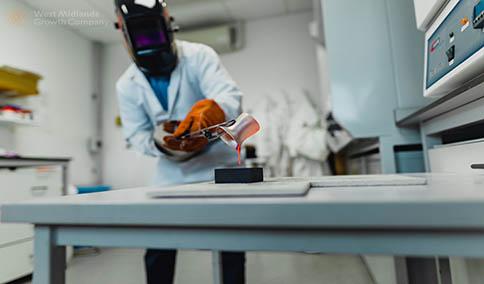 Quality of life.
The West Midlands offers a huge range of cultural interests, drawing around 120 million visitors a year. Quality of life in Birmingham is ranked higher than Rome, Los Angeles, Osaka, Shanghai and Dubai. Wolverhampton undergoing a £1 billion transformation. While Coventry has been selected at the 2021 UK City of Culture and Birmingham will be the next host of the Commonwealth Games.

Connected.
The region enjoys an unparalleled strategic location at the heart of the country’s motorway and rail network. 90% of the UK population lives no more than a four-hour drive away. Birmingham airport has flights to 150 destinations worldwide. From global players to start-ups business are drawn to the West Midlands for its superb transport links.

The region’s growing, diverse economy is a key strength. Instead of being reliant on one sector, the West Midlands is home to leaders in finance, life sciences, digital, automotive and aerospace making it more resilient to boom and bust. Key sectors include:

The West Midlands Growth Company helps our region make its mark, nationally and internationally. We work together to attract investment, jobs, businesses and visitors to the West Midlands.

Our team of experts welcome the chance to answer any questions, get in touch with us here or find out more about what we do, including our work on inward investment and business support.

A team from the Swedish real estate company behind the £160 million acquisition of the Soho Wharf development in Birmingham visited the city for the first time recently to view their latest investment.

PwC has further enhanced its market-leading Business Restructuring Services (BRS) with the appointment of Rob Asplin as a senior adviser.