Home / News / Why the West Midlands’ business, professional and financial services sector is giving London a run for its money

Why the West Midlands’ business, professional and financial services sector is giving London a run for its money 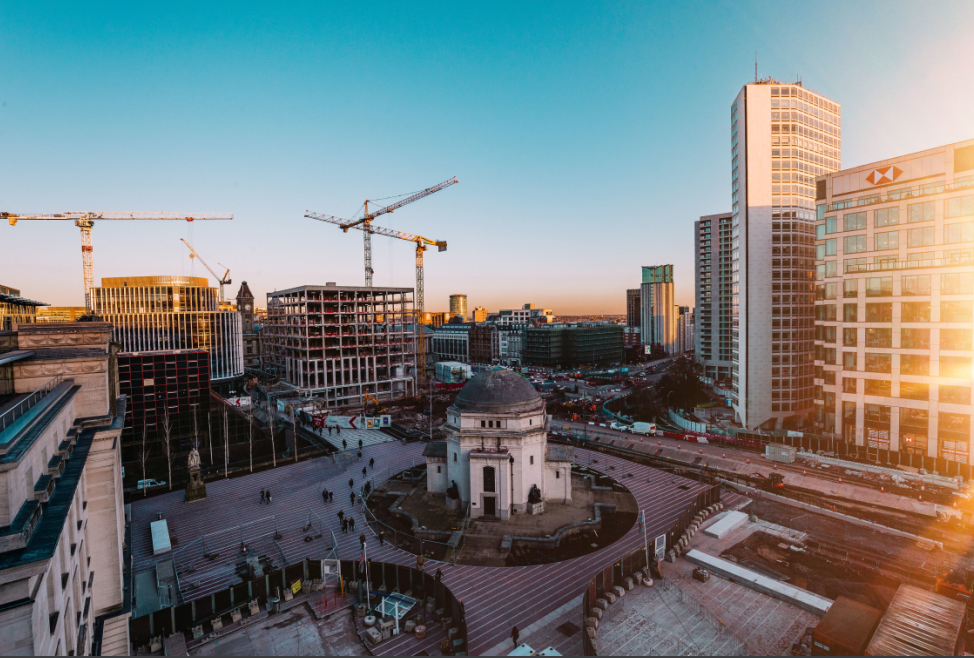 The West Midlands’ thriving cluster of large-scale Business, Professional and Financial Services (BPFS) firms is fast-rivalling the sector’s traditional heartland in the UK’s capital, positioning the region as a net importer of young professionals from London.

Major banking and consultancy companies such as HSBC UK– which is celebrating one year since the opening of its new head office in Birmingham – are moving to the West Midlands to capitalise on the region’s rapidly growing economy, deeply-skilled talent pool, and high-value corporate supply chain.

And as more big-name brands flock to join the region’s growing BPFS community, so too are young professionals looking to progress a dynamic career in an accessible location.

In fact, more people are moving from London to the West Midlands than to any other UK regional area, with Birmingham enticing more people away from the capital than it is losing, the Office for National Statistics (ONS) reports.

And it’s easy to see why. On average, Birmingham residents have 16 times more disposable income than Londoners. House prices are less than a third of the average cost of buying a house in the capital, and private rental costs are significantly cheaper too. Alongside lower living costs, Birmingham and the wider region boasts more comfortable living conditions, with ONS data revealing the West Midlands, is 92 per cent less cramped than London.

Championing the West Midlands as a leading hub for financial services is HSBC UK.

Investing £200m in a purpose-built, ten-storey facility at the heart of Birmingham, the bank relocated 1,000 jobs from across its UK and international operations.

In the 12 months since its new head office was established in the region, HSBC UK will have generated £540 million of wealth for the West Midlands, according to a new research report compiled by the West Midlands Growth Company.

Of the total wealth created, £390 million will have been generated directly by the Birmingham head office and HSBC UK’s other operations across the West Midlands. Meanwhile, nearly £133 million worth of GVA across the region will have been generated indirectly through the supply chain linked to the bank’s services and employees, demonstrating the cross-sector ripple effect of their investment.

HSBC UK’s vote of confidence in the region is reflected across the wider BPFS sector, with 26 other financial services companies investing in the West Midlands since the bank’s new head office was announced, creating an additional 800 new jobs.

“Birmingham was a natural choice for us thanks to its central location and established business eco-system that includes a critical mass of high-quality talent.
“A year on, it is fantastic to see the positive contribution our head office has made to the local economy and the ripple effect HSBC UK is having not just in Birmingham but across the wider region.

“I’m confident that increasing numbers of financial and professional services firms will follow suit to become a part of this regional success story.”

As part of its research, the West Midlands Growth Company spoke to a focus group of HSBC UK staff who have moved to the region from London, across the UK and overseas, for a job at the new Birmingham head office.

Comments that emerged from the group praised the affordability of homes in the region, its welcoming and open atmosphere and the change in original perceptions since experiencing the region.

Laura Pugh, HR Business Manager at HSBC UK, relocated from Lincoln to Coventry. Commenting on the move to the region, Laura said:

“A few years ago, I wouldn’t have envisaged the West Midlands as an ideal place to progress my career but the changes to the region over the last few years have been incredible – Birmingham is unrecognisable from the city I remember as a child. The commutability of the region was a major draw for us as a family - my journey to work is now 20 minutes and everything is walkable in Birmingham city centre.  This gives us a great work-life balance with our four children as we don’t need to incorporate long commutes to our working days. I definitely think this move is forever.”

The West Midlands is home to more than 43,000 BPFS companies employing 321,000 people, making it the most significant business hub outside of London.

Birmingham has the highest concentration of employment in the Financial and Professional Services (FPS) sector of any regional city and is home to the largest offices for each of the Big Four – PwC, EY, Deloitte and KPMG – and the European headquarters of major international law firm Gowling WLG.

This growing cluster of firms is fuelling demand for high-end commercial developments. Subsequent schemes in the pipeline include Wolverhampton’s Commercial Gateway and one of Birmingham’s most prominent Enterprise Zone sites – Paradise, which will be home to PwC’s largest single investment in the UK outside London at One Chamberlain Square.

“The West Midlands’ FPS sector has an extremely advantageous feature in the form of its critical mass. There is a high density of large corporates operating here, serving clients based nationally and internationally.

“The region’s pool of high-calibre talent also allows the sector to thrive, as the internationally-renowned universities in the West Midlands are consistently ranked in the top ten best institutions in the country.

“Our ability to access highly-skilled graduates and apprentices from diverse backgrounds is the lifeblood of the firm. We now have some 1,900 people based here in Birmingham and by the end of 2021 we expect to realise our ambition conceived in 2017 to create circa 1,000 extra jobs, making our mark and wider contribution to the growth of the Midlands.”

Banking on the future

Boasting an already strong cluster of BPFS companies, the region’s sector is set to grow at a rapid rate over the course of the next decade, with estimates indicating that the total GVA generated by the region’s industry will double to £50bn by 2030.

As such, the West Midlands is prioritising Modern Services as a leading industry of the future to ensure the region remains globally competitive in the years to come.

Supporting this strategy, the region also aims to be at the forefront of technological innovations in the evolving BPFS sector. Soon to be the UK’s first multi-city testbed for 5G, the West Midlands will have the capacity to unlock a realm of untapped potential in areas such as Artificial Intelligence and Automation, Cyber Security and Machine Learning, led by the West Midlands Combined Authority’s dedicated programme, WM5G.

“The West Midlands is the UK’s growth capital, with a regional economy that is growing faster than anywhere else in the country. What is fuelling this demand are major companies just like HSBC and the waves of migrating professionals choosing the region over London, as they do not have to compromise on either quality of life or a prosperous career.

“Firms that traditionally would operate in the capital are realising the potential of being part of the world-class supply chain right here in the heart of the country. We have become a viable alternative to places like Canary Wharf, and it is a very exciting time to be part of the West Midlands’s economic renaissance”.