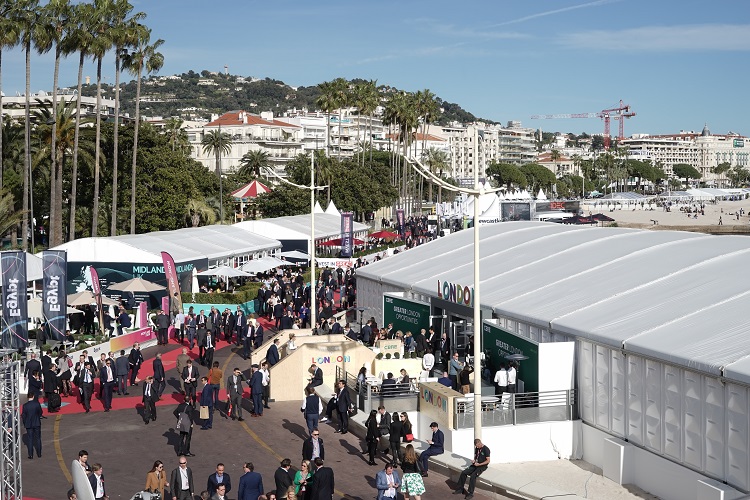 The delegation will address global investors at the UK Government Pavilion (location C15) on Wednesday 16 March, during which they will unveil transformational investment opportunities from right across the UK’s largest regional economy, with a particular focus on accelerating the West Midlands’ ambitious net zero agenda.

Directors and chief executives from some of the region’s biggest names in property will also join the delegation, including representatives from St Joseph Homes – part of the Berkeley Group, MEPC - managers of Birmingham’s new Paradise development, Arcadis, Bruntwood, Glenn Howells Architects, Lovell and Mott MacDonald.

Mr Street will address global investors at the UK Government Pavilion at 11.00 am CET, during which he will present a multi-billion pound prospectus of investment-ready opportunities from around the region. He will then participate in a panel discussion on the benefits of investing in the West Midlands alongside Urban Splash, the developer leading on Birmingham’s Port Loop development, and global asset management company Aviva.

Cllr Ian Brookfield, Leader of the City of Wolverhampton Council, Cllr Brigid Jones, Deputy Leader of Birmingham City Council; Cllr Jim O’Boyle, Cabinet Member for Jobs, Regeneration and Climate Change at Coventry City Council will then take to the stage at 11.40 to unveil ambitions for one of the UK’s biggest ever retrofit initiatives.

The 3 Cities Retrofit Initiative across the cities of Birmingham, Coventry and Wolverhampton, represents a transformational opportunity to advance the West Midlands’ net zero ambitions, by targeting more than 165,000 social homes for improvements across energy efficiency, green energy generation and green heating. The initiative has the potential to activate an additional market making opportunity of more than 535,000 private-owned homes, turbocharging the West Midlands’ green growth agenda.

During the session, leaders from the three cities will outline their plans for how pooling assets, collaborating across the cities and drawing on expertise and partnerships - including with the West Midlands Combined Authority (WMCA) - will unlock transformative opportunities. The 3 Cities Retrofit Initiative outlines coordinated action to address barriers, build capacity and capability, and develop financing and delivery models, across the region’s housing landscape.

Andy Street, the Mayor of the West Midlands, who is leading the regional delegation at MIPIM, said:

“The private sector helped drive the West Midlands to become the fastest growing region outside of London before the outbreak of Covid, with record numbers in work, record homes being built, and record investment in public transport.

“But the pandemic has knocked us for six, and it is mission critical we now leverage in even more private sector investment to turbo-charge our recovery and get us back on our feet quickly.

“We have a track record of delivery, and a new multi-billion pound prospectus ready to unveil to the world at MIPM. So with the once in a generation opportunities of HS2 and the Birmingham 2022 Commonwealth Games on the horizon, the West Midlands is an opportunity that investors do not want to miss out on.”

"MIPIM is a key annual event for developers, managers and funders in the real estate world and it’s important we can meet up in person again this year after a two-year hiatus. For Birmingham and the region, MIPIM has always revealed new and exciting deals that underline confidence in the city and help attract investment and jobs, and I look forward to more such moments from this year’s event."

“The West Midlands is a fantastic place to invest and St Joseph is very proud to be working in partnership to drive the regeneration of Birmingham. The region has a compelling vision for the future, strong civic leaders and a shared commitment to creating new homes and places of lasting quality and social value. MIPIM provides a valuable opportunity to share this regeneration success story and the benefits we are unlocking for local communities.”

West Midlands Mayor Andy Street will address global investors at the UK Government Pavilion on Wednesday 16 March at 11.00 am CET to launch the region’s multi-billion pound Investment Prospectus. His talk will be followed by the unveiling of the Three Cities Retrofit Initiative at 11.40 am CET on the same day.

To find out more about the West Midlands delegation’s presence at MIPIM www.wmmipim.com.