Home / News / Don't want to live in London? Birmingham is the best city to develop a career in digital

Don't want to live in London? Birmingham is the best city to develop a career in digital 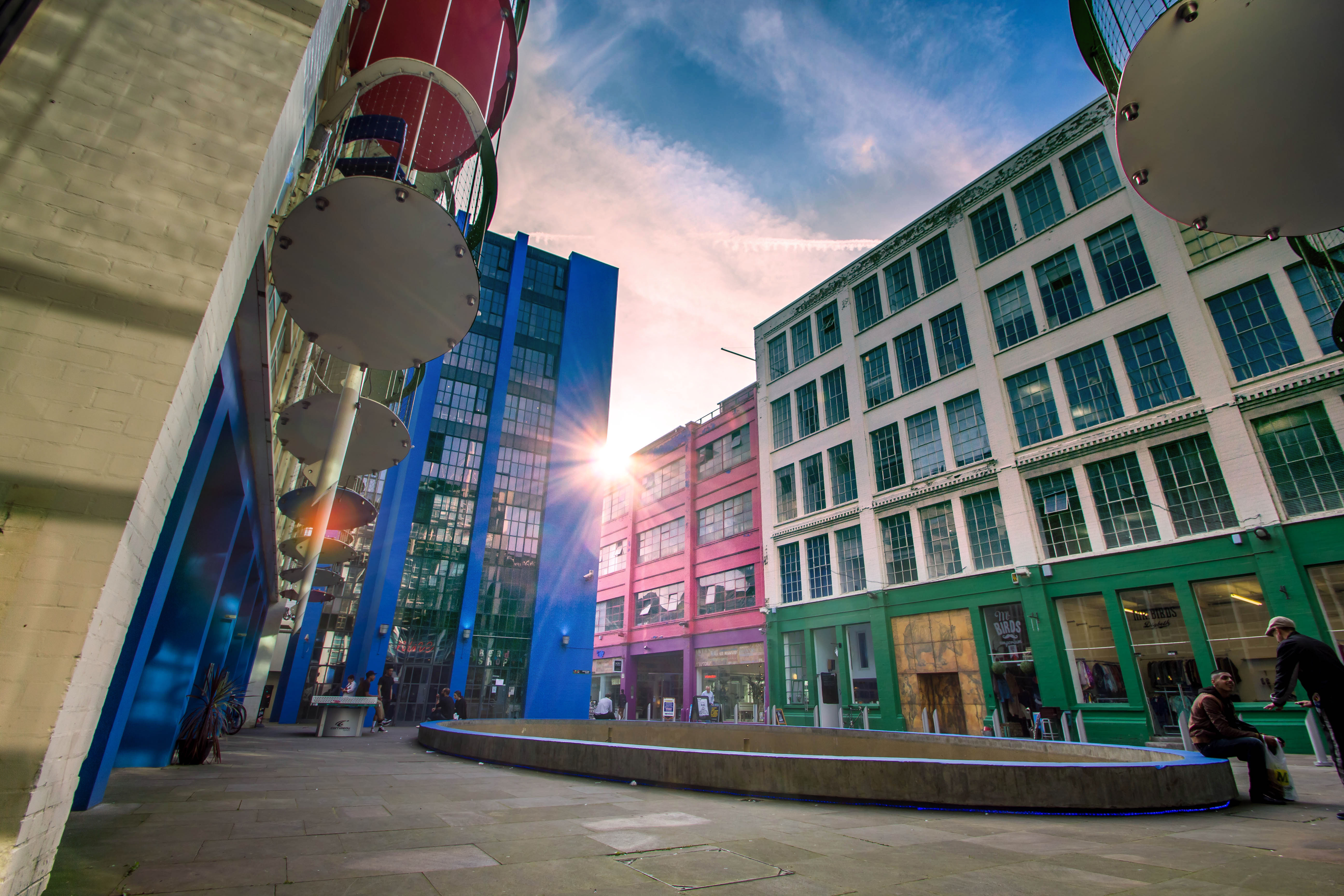 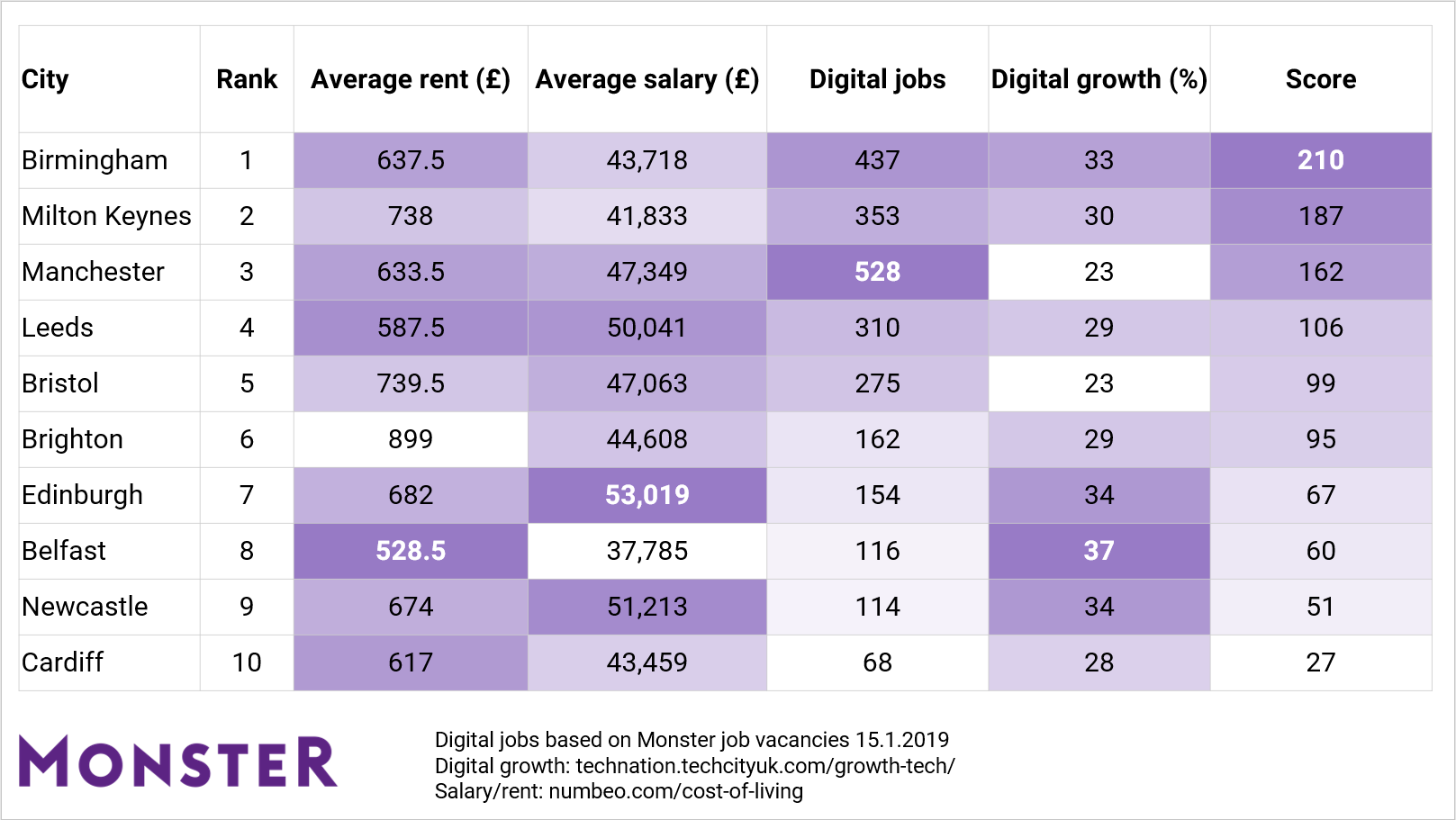 United Kingdom – New data from jobs site, Monster.co.uk, shows that outside of London, Birmingham is the best city in the UK to develop a career within the digital industry.

Monster’s Digital Cities highlights the top 10 cities outside of London to develop a digital career. To create the ranking Monster analysed a variety of factors across cities in the UK, including digital economy growth, available digital jobs and quality of life to create an overall score.

“Our first Digital Cities ranking shows the digital industry is thriving all over the country, not just in London. With London fast becoming unaffordable for the majority of young people starting out their careers, we hope this ranking will give them confidence that there are exciting opportunities in their home or university cities. You don’t have to move to London to make it in digital!”

Birmingham topped the list thanks to the availability of over 437 digital jobs, combined with 33% industry growth YoY and average salaries of over £43,000 alongside average costs of £638 to rent a one bed home and £4 for a pint.

“The latest data from global jobs site Monster reinforces Birmingham’s reputation as a world-class, burgeoning hub for tech and digital. The city has more incubators and accelerator programmes than any other city outside London, a dynamic, young talentpool and a host of unique, co-working spaces to support growing tech firms. Complimenting this is a rich tech supply chain, with more software developers, programmers and software architects in Birmingham than any other regional city in the UK.

“Yet, the city’s tech scene is only at the beginning if its growth curve. Becoming the UK’s first 5G technology testbed has created unprecedented opportunity for companies in Birmingham and the West Midlands, paving way for a new era of UK innovation. It is an exciting time for savvy tech professionals and businesses to become part of our journey”.

Edinburgh, seventh in the ranking of best places outside the capital to work, saw the highest average wages (£53,019) and eighth place Belfast saw the lowest rents (£528.5) combined with the largest digital growth with 37%.