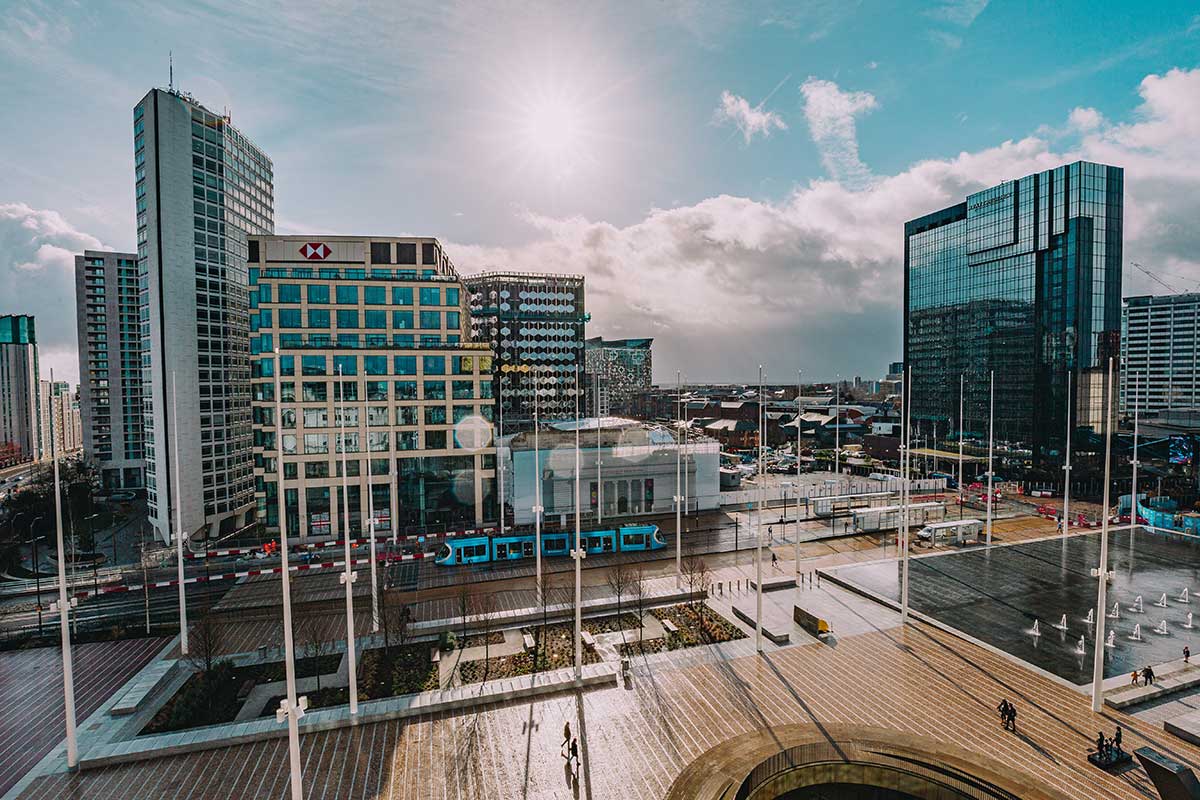 Defying global economic uncertainties posed by the Coronavirus pandemic, the West Midlands has once again emerged as the UK’s leading location for attracting Foreign Direct Investment (FDI) outside London and the South East – the fourth consecutive year that the region has held the top spot.

145 FDI projects landed in the region during the 2020/21 financial year, official data from the Department for International Trade shows. Attracting more projects than Scotland and Northern Ireland combined, the West Midlands holds the third-largest share of all UK regions outside the capital and South East areas, responsible for 9.4% of the UK’s total FDI landscape.

Meanwhile, jobs created by overseas investors during the same period totalled 4,443, bucking the declining national trend to mark a 14% increase in employment from the previous year.

“The last year has tested economies and societies around the world. Alongside the health crisis there has been an economic crisis which has been felt keenly in the West Midlands. That said, these latest figures show that despite the storm of uncertainty surrounding business confidence, our region remains a firm favourite with investors at home and overseas.

“This sustained track record of popularity – during such unprecedented conditions – is testament to the strong foundations of industry, innovation, world-class academia and highly-skilled talent that underpin our economy and continue to resonate with organisations across the globe.”

Automotive and software services were among the region’s top performing sectors, alongside food and drink, life sciences and business services.

Notable investments from the last 12 months include a new specialist HQ in Sandwell for German-owned sustainable engineering firm thyssenkrupp; the arrival of historic automotive marque Lotus Cars to Wellesbourne, Warwickshire; and the launch of a state-of-the-art logistics and cold storage facility from US healthcare supply chain firm, UPS Polar Speed.

“Alongside the location benefits of being inside the UK’s leading automotive cluster, the decision to extend our operations in the West Midlands was driven by the opportunities for collaborative academic-industry innovation. R&D into new technologies is pivotal to the future growth of our business, and indeed the industry. Partnering with WMG at the University of Warwick to establish our new Advanced Technology Centre is already helping us to achieve our ambitions for the Lotus Engineering consultancy, and we are excited by the prospects for further success that being on the Wellesbourne Campus will bring.”

“Representing thyssenkrupp’s only UK investment during the pandemic, our new fabrications facility in the West Midlands brings together two essential divisions of the company - Materials and Aerospace – to create a highly productive and specialist UK headquarters. The Sandwell-based site is a strategically important centre for our Materials-as-a-Service capability, supporting the carbon-neutral production of lightweight, bolt-on balconies, where we utilise cutting-edge, off-site construction techniques to drive forward a more sustainable future for urban economies, internationally. We have exciting plans to further expand our carbon-conscious production expertise in Sandwell and look forward to sharing more details in due course.”

“Polar Speed’s investment in Birmingham not only underlines UPS’s commitment to healthcare, it also demonstrates the strategic importance of the West Midlands within our global network. Our 100,000 sq. ft. healthcare facility in the region came online in November 2020, and in addition to providing advanced frozen storage capacity, it serves as the company’s healthcare transport hub for the whole of the UK. Our current and future investments in innovative solutions will ensure we deliver technology and services required to meet our customers' evolving needs, which our new base in Birmingham will play a vital role in helping us to achieve.”

The three-year long programme – led by WMGC – has been designed to maximise the economic benefits of significant upcoming milestones, such as the Birmingham 2022 Commonwealth Games and Coventry as City of Culture 2021, to establish the region’s proposition in Commonwealth and overseas markets. Australia, Canada, India, Malaysia, Singapore and North America have been identified as some of the key markets for promotional activity.

The programme reinforces existing activity to strengthen the region’s international economic relationships – notably the West Midlands India Partnership (WMIP), designed to enhance UK-India relations, which celebrates one year since its launch this month. Working with consultants at PwC, the Partnership is developing a five-year strategy outlining a robust plan of action to engage the Indian market and create opportunities with bilateral benefits, due for launch later in summer 2021.

India, along with the US and Germany, ranked as the West Midlands’ leading sources of FDI  throughout 2020. This standout international performance reflects data from KPMG, revealing that while the West Midlands was hardest hit by the initial shocks of the pandemic, the local economy is set to bounce back the strongest in 2021, with predictions currently outlining growth at 9.5% - the highest rate of any other regional area, including London.

The UK capital remains the country’s leading landing ground for inward investment by volume. Insights from think tank Onward show that in the two decades to 2016, the number of foreign investments made in London has more than tripled, while the number of projects in the rest of the UK fell by 15%, highlighting stark geographical imbalances in the national FDI landscape.

“As well as reinforcing the West Midlands’ consistent stronghold on inbound FDI, these figures sharpen the case for matching the region’s international success with devolved investment autonomy. If we are serious about levelling up our economy and indeed Britain’s declining share of global foreign investment, we must decentralise the country’s FDI levers away from London and devolved nations exclusively, and towards globally appealing, highly productive regions like ours. As overseas competition heats-up post-Brexit, now is the time to unleash the West Midlands investment potential – DIT’s latest ranking is clear testament to that.”

Read the Department for International Trade inward investment results 2020 to 2021.