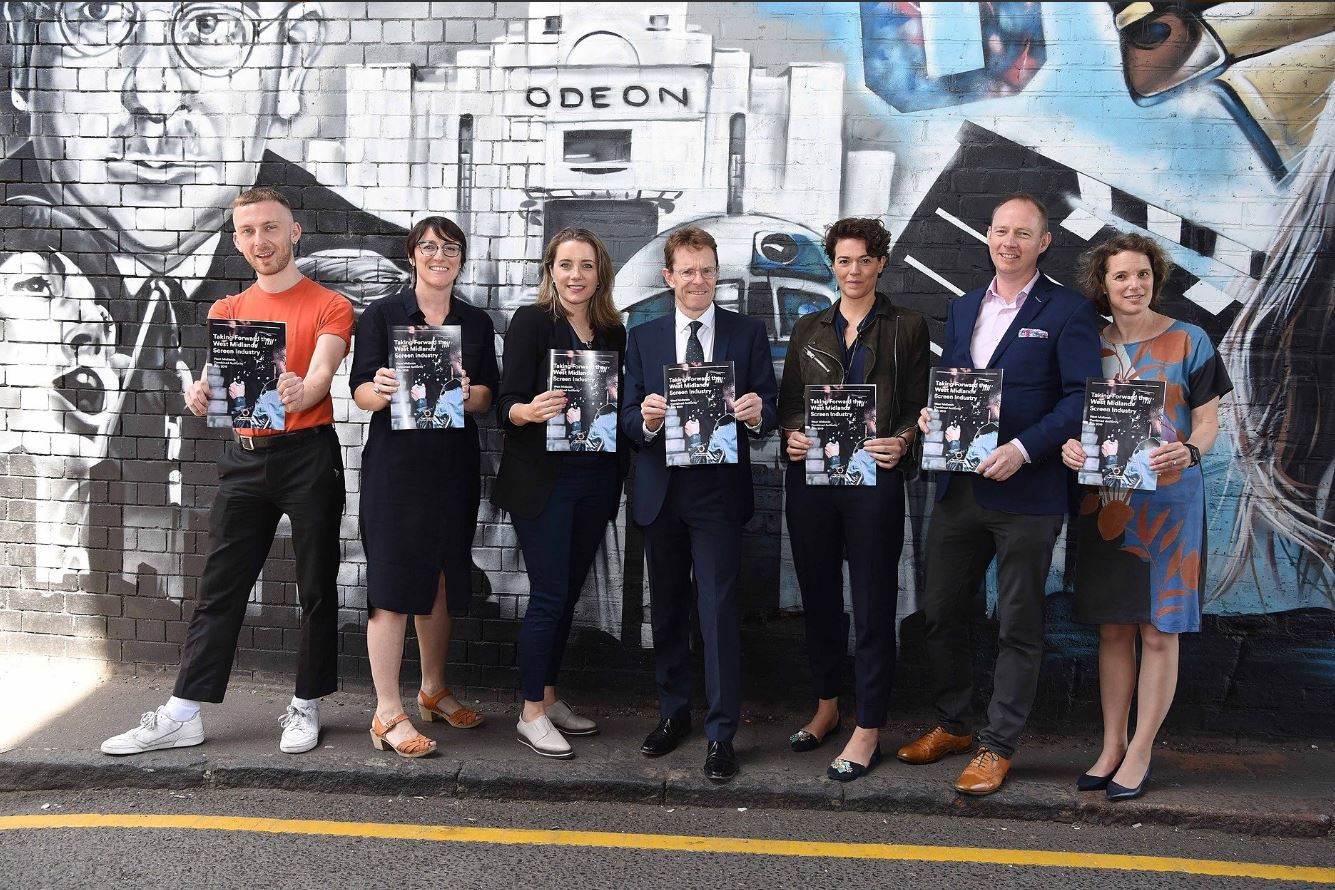 A new Screen Industry Body to boost the West Midlands’ TV, film and games industries has been announced today by Andy Street – a move that could help bring 29,000 new jobs to the region.

The new body, which has been developed by the West Midlands Combined Authority (WMCA) in conjunction with the region’s three Local Enterprise Partnerships (LEPs), will be chaired by Deloitte’s international industry heavyweight Ed Shedd.

Birmingham-born Mr Shedd will preside over the board, which will comprise top talent from across the region’s screen businesses and will serve as a single point of contact for national and international film, TV and game makers.

It is hoped the new body, which will be industry-led, will revolutionise the current screen industry, helping to drive investment, growth and thousands of new jobs.

Mr Street, the Mayor of the West Midlands and chair of the WMCA, said:

“The West Midlands has a strong screen industry with a string of success stories – not least Leamington Spa’s gaming cluster which employs 10% of the UK gaming industry.

“However we have learnt from the region’s Channel 4 bid and from engaging with industry leaders that there is a lot more that can be done to support the screen sector so the West Midlands can truly be recognised as a world class centre for creative content.

“We plan to see 29,000 new, high skilled jobs in the digital and creative industries by 2030, but we will not be able to achieve this without having an industry body in place to help the region capitalise on the fast-growing creative sector.

“For the screen sector to realise its full potential, the brightest and best entrepreneurs from the industry need to have the structure and mandate to drive forward that growth. This new body will provide just that.”

With an aim to launch in the autumn of this year, the body hopes to act as a coordinating and powerful voice for the sector. Existing networks like Film Birmingham, Screen Central and Silicon Spa will partner with the new body to deliver programmes of activity, which will be at arms-length from local government.

There are four key aims of the new body, including:

Inaugural chairman Mr Shedd, who is Deloitte’s TMT North and South Europe leader, is a well-known screen industry figure operating at an international level with a wealth of experience.

“I am extremely excited about becoming the inaugural Chair of this new Screen Industry Body.

“The screen industries are undergoing fundamental transformation, driven by the advent of near ubiquitous, high speed connectivity in both fixed and mobile forms, the West Midlands is perfectly positioned to respond to and benefit from that transformation.

“The traditional media structure and locations that have dominated UK and global media are changing.  Creatives no longer need to be wholly present in London, New York and LA. I look forward to working with industry, WMCA and partners to establish this powerful industry structure to help the region capitalise on this opportunity.”

Other members of the new board will be announced in the coming weeks, with applications for those in the screen industry opening soon.

As well as announcing the new Screen Industry Body today, the WMCA has also produced a report around the region’s screen industry and where its future lies.
It comes after the UK’s first Local Industrial Strategy was launched in the West Midlands earlier this year, with greater economic emphasis placed on the creative sector going forward.

Councillor Ian Brookfield, the leader of City of Wolverhampton Council and the WMCA’s portfolio lead for Economy and Innovation, said:

"As the new portfolio lead for the Local Industrial Strategy and the Creative Industries across the West Midlands, I welcome the Mayor's announcement today of a new screen industry body.

“It is important that this body serves to support the whole of the region, in all its diversity and difference.  I want to ensure that creative talent and businesses from the Black Country to Birmingham, from Coventry to Leamington Spa all have the opportunity to benefit from this new opportunity.

“So, I am making a commitment today as creative industries lead to work with my colleagues at the WMCA and the various the city councils and LEPs to support this new exciting phase for the West Midlands screen sector.”

Mr Street announced the new body and report at a West Midlands Screen Bureau event this morning. The third Design Lab event, which debated the structure and recent developments around the screen industry, was the final event in a programme supported by the BFI’s Creative Clusters Challenge Fun through National Lottery investment and supported by both the WMCA and Birmingham City Council.

BFI CEO Amanda Nevill has welcomed the news of the new industry body. She said:

“We really congratulate the West Midlands for having the foresight to capitalise on one of the fastest growing sectors in the UK, worth over £100 billion to our economy today.

“This is great news for a whole range of businesses that will benefit from a thriving screen sector in the area, creating jobs and new international trading opportunities.

“It has been great to see BFI National Lottery funding being part of this new chapter supporting the next generation of creative storytellers in The West Midlands.”