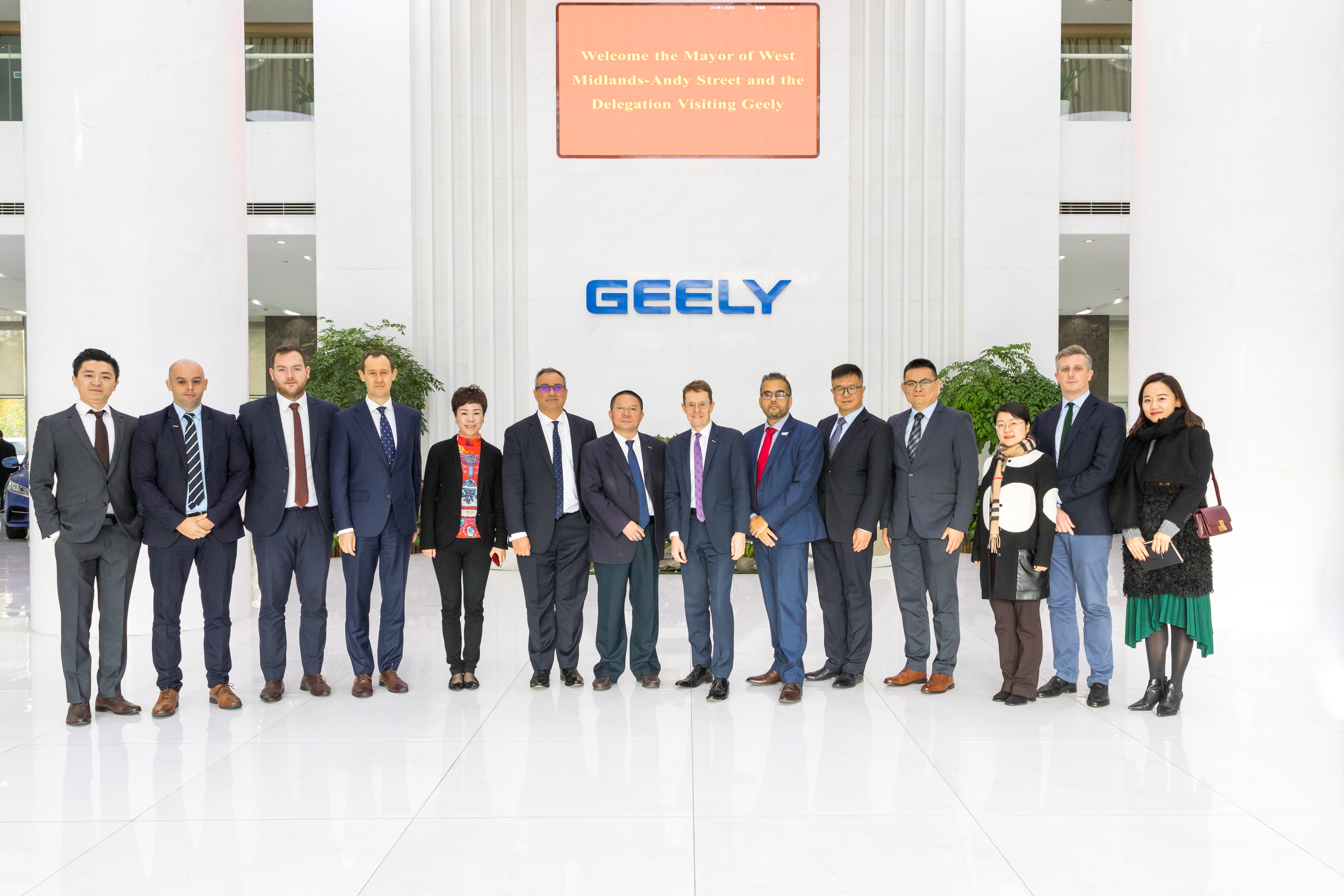 For the first time, senior leaders from the West Midlands’ three major cities collectively promoted the region’s investment opportunities as part of a sales mission to China last month.

The trip showcased the West Midlands to potential investors and strengthened existing relationships with key companies and decision makers. It was led by the West Midlands Growth Company, which is responsible for attracting more visitors, investment, businesses and events to the region.

The West Midlands generated more than 5,000 jobs from foreign direct investment (FDI) last year – more than any UK region outside London and the South East*. China is a key market for the region, with 54 FDI projects from Chinese-owned businesses creating 3,185 new jobs in the last decade.

“As a key market for investment, it’s imperative that our region’s presence is felt in China as we continue to develop relationships with businesses overseas.

“This region has so much to offer as the UK’s innovation heartland. Our diverse workforce, cutting-edge universities and dynamic business environment are helping to attract new investment and jobs from across the world.”

The sales mission started at property conference MIPIM Asia in Hong Kong, where the delegation presented investment opportunities across the West Midlands. They also travelled to Shanghai, and then Hangzhou via the Huhang Passenger Railway to explore China’s expertise in high-speed rail infrastructure and discuss how HS2 is kickstarting regeneration schemes across the West Midlands.

Other meetings covered the region’s plans to become a global leader in battery production, and how to develop better connectivity to the Chinese market.

The delegation also met with Chinese investors already based in the region – including Geely, owner of the Coventry-based London Electric Vehicle Company (LEVC) and Fosun, owner of Wolverhampton Wanderers FC.

“We’re pleased to welcome leaders from the West Midlands on their visit to Geely’s headquarters in Hangzhou. The relationship between Geely and the West Midlands has grown strong and deep over the past decade.

“Geely’s investments in the West Midlands, including LEVC and Geely’s design studio in Coventry have already born fruit. From Geely’s own experience, the West Midlands is an exceptional place to invest and we look forward to continue working with regional authorities.”

The trip concluded at Hong Kong Science and Technology Park, which is home to more than 600 companies. The delegation discussed the West Midlands’ fintech and gaming sectors, which employ more than 72,000 people**. The meeting resulted in a visit to the West Midlands, where the Park’s team met a host of tech accelerators.

“Global co-operation is crucial to attracting more investment in the region. By strengthening relationships with businesses in China and more widely across Asia, the West Midlands can continue to make its mark internationally.

“Attracting overseas investment plays a critical role in growing our economy and creating new jobs locally. Showcasing our region ahead of milestones like Coventry City of Culture 2021 and Birmingham’s 2022 Commonwealth Games will help us to capitalise on the international profile these events will bring.”

The West Midlands Growth Company has recently launched its new website, InvestWM, which will support activity to attract new companies, investment and jobs to the region. The site showcases the West Midlands’ diverse business landscape and connects potential investors to the help they need to locate in the region.

“Birmingham is the UK’s largest city outside London and is growing its £28 billion economy with new infrastructure and regeneration plans. New investment is crucial to ensuring these plans continue, so that we can continue to build a better city for our business and residents.”

Richard Lawrence, Director of Regeneration at the City of Wolverhampton Council, said:

“The City of Wolverhampton has already benefitted from increasing interest by Chinese companies – such as Fosun’s investment into Wolverhampton Wanderers F.C. and the club’s growing global popularity.

“With development on local regeneration projects such as the £150 million Interchange, i9 Grade A office complex, and an extension to award-winning business park, i54, well underway, as well as thriving automotive and aerospace industries in the area, it is vital that we continue to drive this momentum by attracting further investment here.”

“Coventry is working hard to position itself at the forefront of new technologies and embrace future global opportunities such as smart mobility and is the centre of the UK battery and electric vehicle development.

“Geely is an important investor in Coventry, and through the ongoing work of LEVC, it has helped to strengthen our reputation as a leader in transport innovation. We look forward to building on our collaborative work with the Chinese market.”