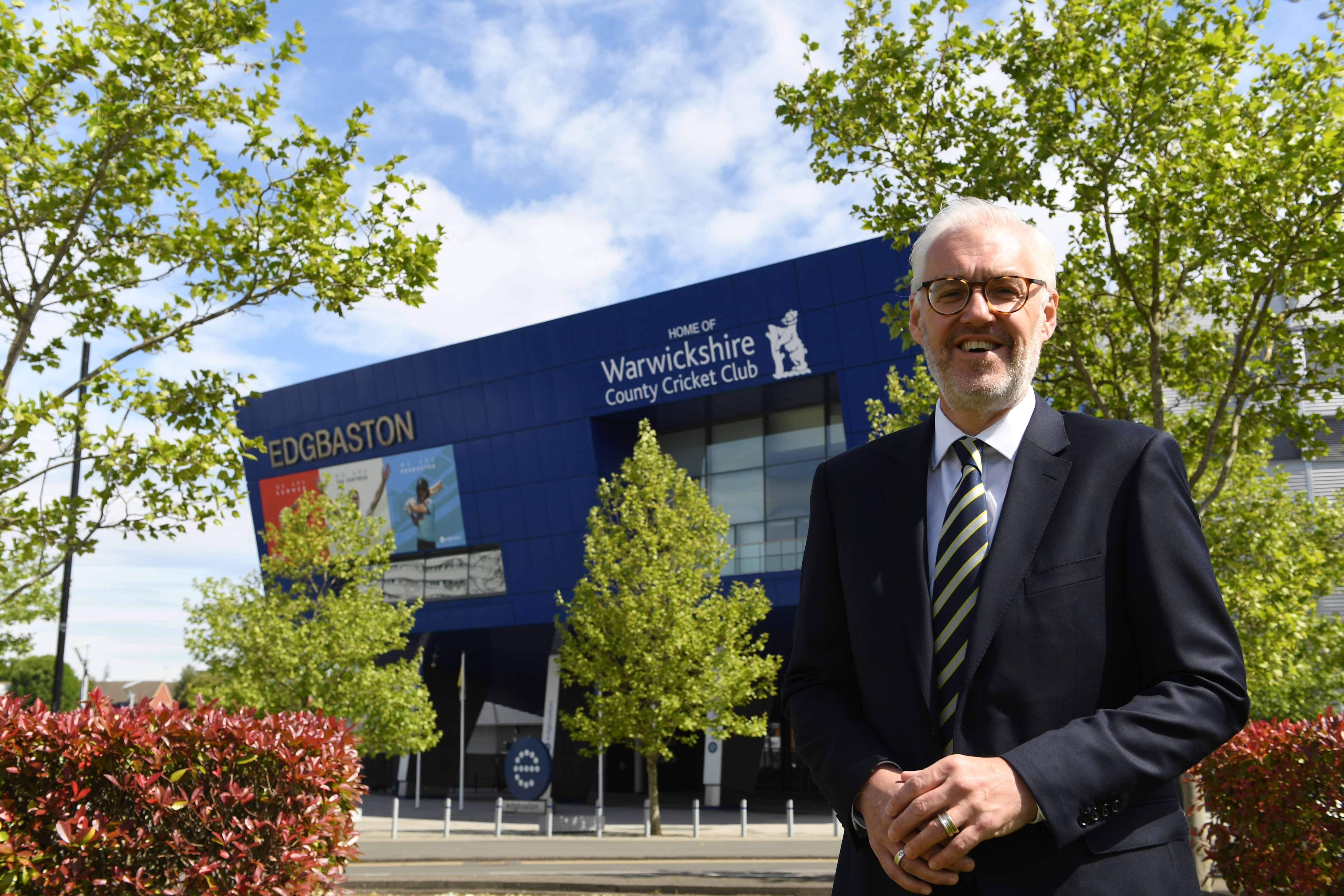 Cain is a well-known figure in the West Midlands’ business community and the broader sports and entertainment sector, of which he has amassed more than 20 years’ experience.

He joins the Bears after three years at Wasps Holdings Limited where he held a number of positions, most recently CEO, and helped establish Wasps rugby and netball teams at the Ricoh Arena after the move from London. In that time, he has also developed the Ricoh Arena’s conference, exhibition and concert business, as well as their wider estate masterplan, including the development of additional hotel, retail and leisure space.

Prior to joining Wasps, Cain spent more than seven years with the NEC Group as Managing Director of Commercial Marketing. His career has also included commercial and marketing leadership roles in football with Wolverhampton Wanderers and Glasgow Rangers as well as leading the sports practice of global media agency WPP, which involved working with FIFA on the World Cup in South Africa and initiatives in Asia and the USA.   Before working in sport he was Marketing Services Director at Molson Coors in Burton-on-Trent, masterminding Carling’s sponsorship of the Premier League.

“We’re delighted that Stuart will be joining us at the Bears. His experience and achievements in sport, events and venue development will complement very well the existing leadership strengths at the Club and help ensure the delivery of our new five-year plan.

“These are difficult times for everyone to navigate but we appreciate more than ever the huge role that the Club plays in the community and the enjoyment that we can bring to so many when we return.
“It’s very clear that we shall now need to adapt and enhance our engagement with Members, fans, commercial partners and cricket communities locally and overseas. Stuart’s experience will be central to that growth and we look forward to welcoming him to the Bears.

“On behalf of everyone at the Club, I’d like to express our thanks and appreciation to Neil for everything he has achieved over the last few years and for the platform he and the team have put in place for the next stage of our development. We shall look forward to continuing to work with him in his new role at the ECB and wish him every success.”

Cain is expected to join Warwickshire CCC in August following the departure of Snowball, who will leave Edgbaston after four and a half years as CEO to take up a position as Managing Director of County Cricket with the England & Wales Cricket Board (ECB). Stuart Cain said:

“I’m very excited at the prospect of working with the management team and Board to deliver a new era of sporting success on the field, while working with the wider team to build new levels of community involvement and deliver the next phase of Edgbaston’s development,”

“Neil has really moved Warwickshire CCC forward and I’m relishing the opportunity to build on his legacy.

“I’ve been a regular visitor to Edgbaston over the years and witnessed some great games. By a quirk of fate, I have also played cricket at the Edgbaston Community Sports Ground, when I worked in the beer trade, and so I’m looking forward to going back again.

“The Club has very proud traditions and its men’s and women’s teams have achieved great success across all formats of the game.  We need to continue this into the future.

“In Edgbaston, we have one of the world’s great sporting venues, which consistently stages the biggest fixtures in the game and offers outstanding facilities that can be utilised all year round.  Part of my role will be to develop this multi-use philosophy further.

“With the second phase of the masterplan due to get underway soon and a third phase due to be launched in the near future, I’m looking forward to working with the team at Edgbaston and with our major local and national stakeholders to support the development of cricket in Birmingham, Warwickshire and the wider West Midlands.

“Fate is a wonderful thing; little did I know when organising the Neal Abberley Memorial Trophy between Wasps and the Bears at Knowle & Dorridge CC in 2018 that I would end up swapping sides and working for Warwickshire CCC.  I can’t wait.”