UK Athletics and Birmingham to host European Athletics Championships in 2026 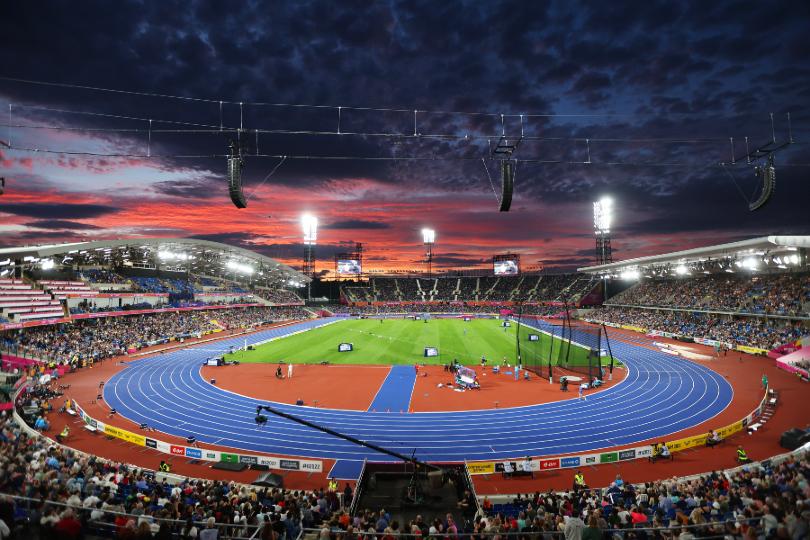 The bid win follows on from an exciting summer for athletics in the UK with medal success for GB & NI at the World and European Athletics Championships and for the home nation teams at a hugely successful home Commonwealth Games hosted by Birmingham at the newly renovated Alexander Stadium – which will be the venue for the event in 2026.

"We are delighted and honoured that we have been awarded the privilege of hosting the European Athletics Championships in 2026 in Birmingham. It is wonderful news for athletics and benefits the whole of the UK in demonstrating our ability to host major events across the whole country.

"UKA has held a long time wish to deliver this event and we thank European Athletics for its faith in entrusting us with its most important competition.

"Our vision for the Championships is about record breaking ticket sales and an amazing atmosphere for athletes to be inspired inside and outside the stadium. We have promised to deliver an amazing, innovative and game changing Championships, and we’re excited we can now put this plan into action!"

"We are honoured and privileged to be asked to be the first-ever UK hosts of the prestigious European Athletics Championships in 2026.

"Over many years we have demonstrated we are a city that can proudly host major events of this type and scale – and the people of Birmingham and indeed the entire nation have proven time and time again their huge appetite for sport, especially athletics.

"The Alexander Stadium is beyond all doubt the premier athletics facility in the country and we cannot wait to welcome the elite of European athletics for this event, which will also bring a range of benefits for local communities and our economy beyond the programme of track and field activities."

"I’m delighted that the UK will be welcoming Europe’s best athletes to Birmingham in 2026. Hosting the European Athletics Championships will be a fantastic opportunity to build on the legacy of the Commonwealth Games earlier this year and I know the British public will get behind the athletes and create a brilliant atmosphere in the Alexander Stadium.

"We’ve seen throughout 2022 the significant economic and social benefits of hosting big sporting events in this country and hosting this mega-event will deliver huge benefits for the city of Birmingham, the West Midlands region and the whole of the United Kingdom. It’s also important to recognise that our continued ability to deliver the very best global sporting events is thanks to the ongoing support of The National Lottery."

"It is fantastic that Birmingham has been chosen to host the first European Athletics Championship on British soil. The city is perfectly placed to put on the event following record-breaking ticket sales for a brilliant Commonwealth Games earlier this year.

"I look forward to seeing Europe's elite athletes descend on the West Midlands and the Government will continue to work closely with UK Sport, UK Athletics and Birmingham City Council to host another hugely successful event."

UK Athletics and Birmingham are proud to have been announced as the Host City of European Athletics Championships 2026. Athletics fans from Birmingham and across the UK and beyond will travel to see these championships. For those interested in hearing first about tickets and wider opportunities to get involved in the championships, register on this link www.uka.org.uk/eac-2026-register-your-interest/