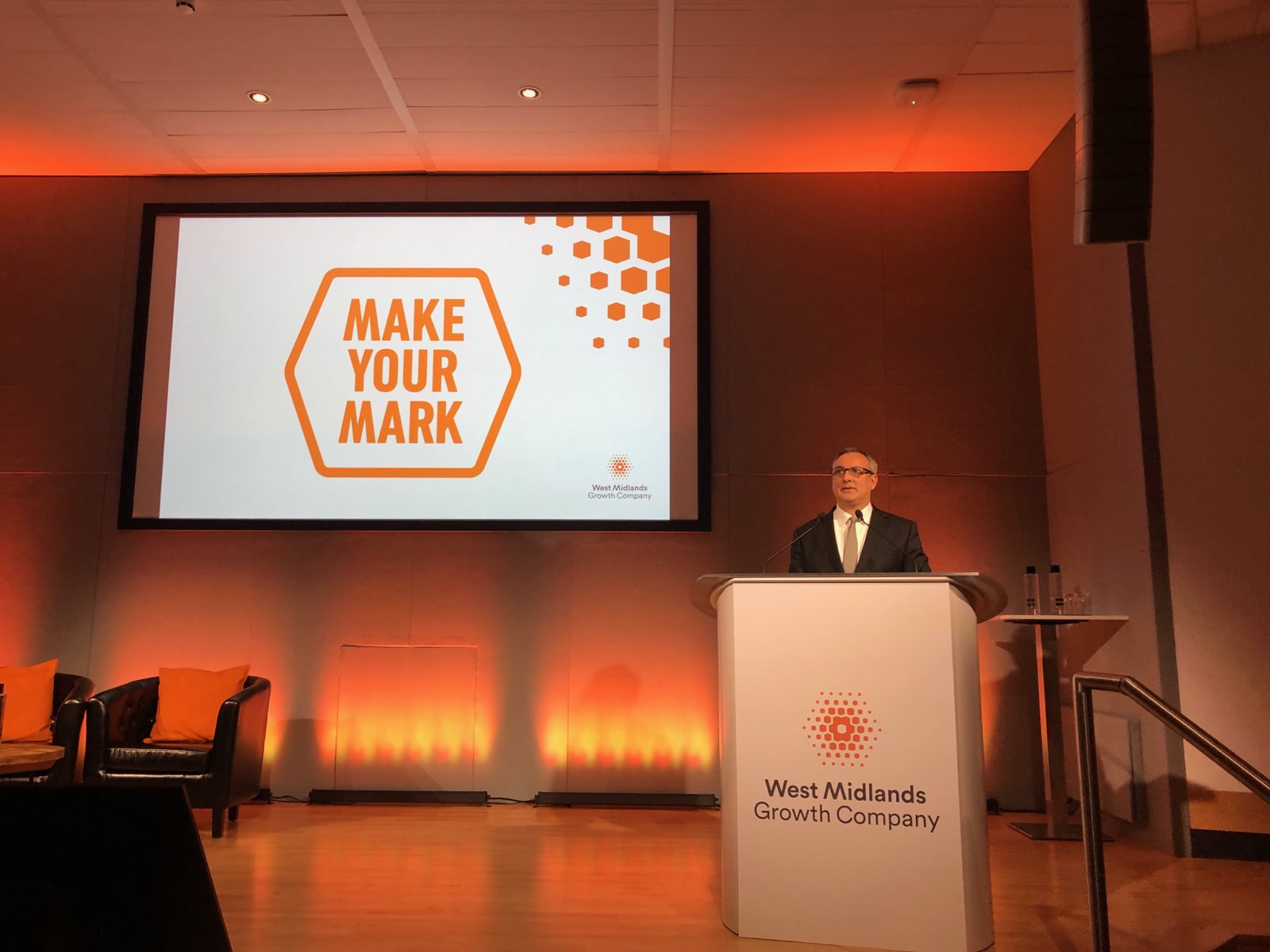 The West Midlands Growth Company (WMGC) – which is responsible for attracting more visitors, investment, businesses and events to the region – has announced two appointments from the private sector to boost its promotional activity.

Fiona Allan, Artistic Director and Chief Executive of Birmingham Hippodrome, has become Chair for the Regional Board for Tourism. Dr Jason Wouhra OBE, Director of East End Foods, will be Chair for a new West Midlands India Partnership.

The appointments were announced at the WMGC’s Annual Review, which took place at IET Birmingham on 21 November with more than 130 senior stakeholders from across the region. The Review provided a round-up of the company’s year of activity and discussions on future plans for the region.Key highlights include:

“The West Midlands has regularly demonstrated its importance to the UK’s economy by continually delivering strong results in visitor and business attraction. The region’s economic performance is testament to its economic resilience and positivity, in the face of continuing global economic uncertainty.

“The West Midlands’ future success depends on the private and public sector continuing to work closely together. With major events such as Coventry UK City of Culture 2021 and 2022 Birmingham Commonwealth Games on the horizon, joining forces with industry will enable us to maximise the economic opportunities these milestones will bring.

“Committees such as the West Midlands India Partnership and the Regional Board for Tourism will provide our partners with new opportunities to shape how our region is showcased both in the UK and internationally. Using the considerable insight and enthusiasm of both Fiona and Jason demonstrates how we can collectively sustain a unified push for the region.”

A Chair of the Regional Board for Tourism, Fiona Allan will be overseeing the region’s delivery of its £1 billion Tourism Strategy, which launched in September. Fiona has more than 20 years’ experience within the tourism sector and leads various creative organisations including UK Theatre, UK Dance Consortium and the 2018 Creative Industries Federation UK Council.

“The West Midlands’ vibrant culture, heritage and culinary scene sets it apart from other destinations in the UK. We will build on this unique identity to deliver the 9% increase on economic value and 19,000 new jobs laid out in the Regional Tourism Strategy.

“Working together more closely as a region will enable the local tourism sector to jointly bid for more events and investment – and have a united voice when selling the region as a world-class destination to experience.”

Furthermore, a new West Midlands India Partnership will aim to target this market for more investment and visitors. India is the second highest creator of FDI jobs in the region, while visitor spend totalled more than £25 million in 2018*. The Partnership will raise awareness of the region’s offer through activity including targeted sales missions, a new network that can influence key decision makers, and greater sharing of market insight.

Dr Jason Wouhra OBE, Director of East End Foods – which has sites in Birmingham and the Black Country – brings considerable knowledge of the region to his role as Chair of the Partnership.  He said:

“More than ever, it is vital that the West Midlands creates strong relationships with growing numbers of businesses and stakeholders that are based overseas. The West Midlands India Partnership will help to bring investment, visitors, and jobs to the region from one of our most important markets.

“Capitalising on the region’s sector strengths, and events such as Coventry City of Culture 2021 and the 2022 Commonwealth Games, will enable us to raise awareness of the West Midlands and its success stories in India.”

The West Midlands Growth Company was formed in 2017 and works closely with the public and private sectors to market the region, attract visitors and help domestic and overseas firms to invest or relocate here.

The West Midlands has just been ranked as the best region in the UK to start a business due to its affordability, talent pool and business survival rate, according to the financial site Know Your Money.*

In the past year, the West Midlands has attracted a record high of 131 million visitors from across the UK and overseas. New investors in the region included the world’s leading manufacturer of high-performance fibre lasers, IPG Photonics in Coventry and transportation services company Genesee & Wyoming in Birmingham.

A further vote of confidence in the region was demonstrated by the announcement of Homes England’s move to Coventry. The government’s housing agency is trialling shared office space with Coventry City Council – the first step in making the region the agency’s new national centre.

Adding to this, is a string of recent FDI projects from companies such as German-owned laser systems company ACSYS Lasertechnik, Paris-headquartered AI technology company Sidetrade and US-owned ACA Compliance – a specialist in governance, risk and compliance services.