Home / News / Thriving in the West Midlands region of the UK

Thriving in the West Midlands region of the UK 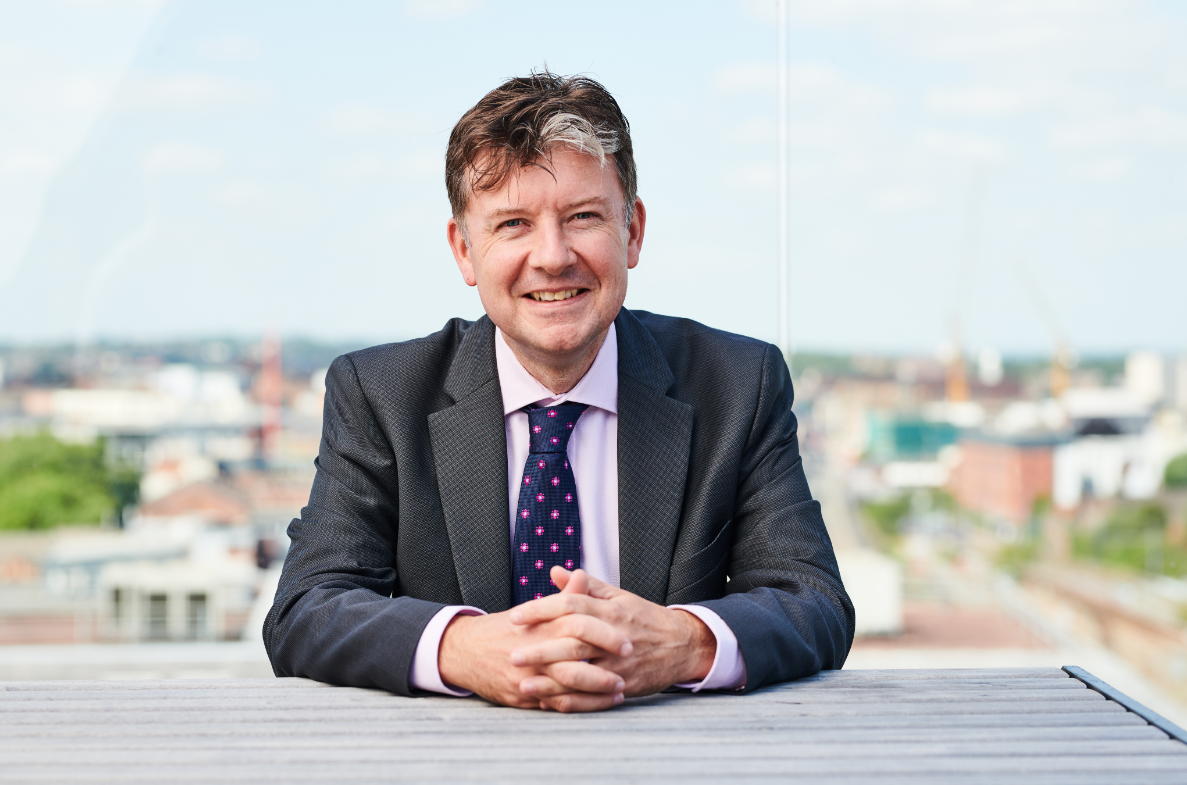 The Birmingham and West Midlands region of the UK is where businesses can make their mark. This is what David Fisken (DF), Head of Business Attraction, West Midlands Growth Company, told Julia Lemagnen, Co-Founder and Director, MCJ Lemagnen Associates (MCJ).

MCJ: Many people will have heard of Birmingham UK and are aware that it is a major English city, however can you tell me some basic facts about the West Midlands region as a whole?

DF: Birmingham has a population of over a million people.  It’s the second largest city in the UK (after the capital) and it’s located 180 km – 100 miles – from London. The wider region includes the cities of Wolverhampton and Coventry and it has a population of over 5 million, so it’s a fairly dense conurbation in UK terms. The West Midlands is already very accessible; 90% of the UK population is within a 4-hour train or car journey. HS2 (the UK’s planned new high-speed rail network) will cut the journey time from London to Birmingham to just 49 minutes.

MCJ: How is the West Midlands faring economically at the moment?

DF: The latest economic forecast looks strong – the West Midlands region is due to grow by 1.7% GVA until 2021. Last year it grew by 1.6%, compared with the UK average of 1.3%. We have a strong track record in foreign direct investment and in 2017-18 we bucked the national trend with an increase in the number of projects and associated jobs. We have grown our share of UK foreign direct investment to 171 projects, creating 9,400 jobs in the space of a year (source: DIT).

MCJ: Are there industry sectors where your region particularly excels?

DF: The Industrial Revolution began in this region, so we have a very proud engineering heritage.  Automotive, aerospace and rail technology are still very big here, and we are very strong in advanced manufacturing. Tata-owned Jaguar Land Rover is based in several West Midlands locations, whilst other global brands include Rolls-Royce Control Systems, UTC Aerospace, Dunlop Aircraft Tyres and Siemens Rail Automation. Chinese automaker Geely is manufacturing the new electric model of the famous London black taxi cabs this year from a new factory site in Coventry, creating 1,000 jobs and serving multiple markets around the world. We have a long tradition in metal technology, and continuous innovation has led companies to diversify into medical devices and precision engineering.

We also have a large financial and business services sector, for example HSBC has its new UK retail banking HQ in Birmingham. PwC is growing its Midlands office to 2,400 people later this year, also in Birmingham.

The West Midlands has a large tech cluster, with over 65,000 people working in 12,500 tech and digital businesses – the largest regional cluster in the UK. We have specialisms in FinTech and cybersecurity, with more software developers, programmers and software architects in Birmingham than any other regional city in the UK.

We also have a globally recognised gaming cluster – the town of Leamington Spa to the south of Birmingham has been dubbed ‘Silicon Spa’ for the 130 games software companies based there. Companies include Sega, Codemasters, Fish in a Bottle and Playground Games, recently acquired by Microsoft Studios. More than 15% of the UK’s games development workforce is based in the West Midlands, and universities in the region produce more than 1,500 computer science graduates each year to support this and the wider sector.

The West Midlands has a life science ecosystem, with one of Europe’s largest centres for clinical trials, one of the biggest teaching hospitals in Europe and a diverse and stable population. We’re strong in diagnostics, devices and data. Food and drink is another priority sector for us and this sector benefits from our unique central geographical position. For instance, Mondelez, owner of Cadbury, has based its global R&D centre for chocolate in Birmingham.

MCJ: Can you give me some examples of your location’s successful and most promising start-ups?

DF: We have a strong record in helping both startups and scaleups. Birmingham has been named as the UK’s most entrepreneurial city after the capital, for five consecutive years – with 18,500 new businesses created last year. An interesting UK fintech company is Lombard Risk which we helped set up 18 months ago in Alpha Works, one of our co-working spaces  And another well-known company to parents with school age children is www.parentpay.com, a Coventry-based firm.

Advanced is a good example of a US company that has scaled up in the West Midlands. It is a software services business that set up here in 2016 and now employs over 400 staff. Another FDI project that has had accelerated growth here is Australian-owned EML Payments company. Purplebricks, the online estate agency, is also located in the West Midlands and has an established presence in the US and Australia.

MCJ: We have seen in the ‘FDI and the Rise of the Unicorns’ study that tech executives often have difficulty finding skilled people to grow their businesses, and this is a global problem. Can Birmingham and the West Midlands help them to address this gap?

DF: We have a tremendous asset in terms of the youth of our workforce – 32% of the population in our region is under the age of 25 and we have a high student population. Our workforce is well educated too – we have 12 universities in the West Midlands with 50 tech centres of excellence and over 66,500 graduates a year. Birmingham alone has 230,000 people qualified to degree level or above, more than any other regional city in the UK, and an additional 527,000 people with an NVQ qualification. We are the UK regional leader in the STEM subjects too, with over 9,900 STEM graduates in Birmingham and over 19,300 in the West Midlands Combined Authority.

We are host to three of the leading business schools in the country: Aston, Warwick and Birmingham. In fact, Solihull-based sporting goods brand Gymshark was founded in 2012 by former Aston University business studies student Ben Francis.

Birmingham is now the destination of choice for people leaving London. There are more internal migrants coming to Birmingham than any other location in the UK, and it’s because of our lower living costs, more affordable housing and a higher disposable income level. Birmingham has had the highest quality of living ratings in the UK (apart from London) for the last five years, according to the Mercer index. Grade A office rents are much cheaper (£320 per square metre in Birmingham compared with £700 per square metre in London). Average house prices are less than a third of London prices. We can give companies access to London and the UK market but at a much lower cost.

MCJ: What do you offer to welcome companies to Birmingham and the West Midlands?

DF: In a region as large and diverse as ours, we have a huge variety of opportunities and programmes, and a range of accommodation for startups and aspiring Unicorns. We have Innovation Birmingham; the largest and fastest growing tech campus in the UK. For companies that prefer a city centre site, we have converted a heritage Victorian factory on the edge of Birmingham to offer startup, retail and industrial space. It’s called The Custard Factory and it is attracting creative, digital and retail businesses.

We also have Alpha Works, a high-end co-working location space in Birmingham, which includes AlphaBIT. AlphaBIT offers a dedicated hub and support facility for internationally owned SMEs establishing in the UK.  There is a nominal rent for desk space of £50 per desk per month and discounted space to help companies set up with ease in the UK. Talent acquisition and workforce provider Allegis Global Solutions has recently expanded their UK operations with a new recruitment delivery centre in Alpha Works, creating 100 jobs. The company was particularly attracted by Birmingham’s language diversity and business student population. There’s also BizzInn which is an incubator space run by the University of Birmingham’s Enterprise Acceleration Team. It gives support to tech entrepreneurs, startups and academics. There are also financial incentives for SMEs, with various schemes for low carbon and new technology projects in rail and other sectors.

MCJ: Where do your priorities lie for 2019 and beyond?

DF: Our strategies are linked to the region’s emerging sectors and the UK’s Industrial Strategy and they include smart mobility, data driven healthcare, business services and creative content. One of the most exciting projects will be in the area of 5G, as we have been selected as the UK’s first multi-city 5G testbed. This will provide opportunities for both suppliers and users, starting this year and focusing on mobility, healthcare and IoT in advanced manufacturing.

To read the full article, visit the Corp Expansion website. The full FDI and the Rise of the Unicorns study can be found here.