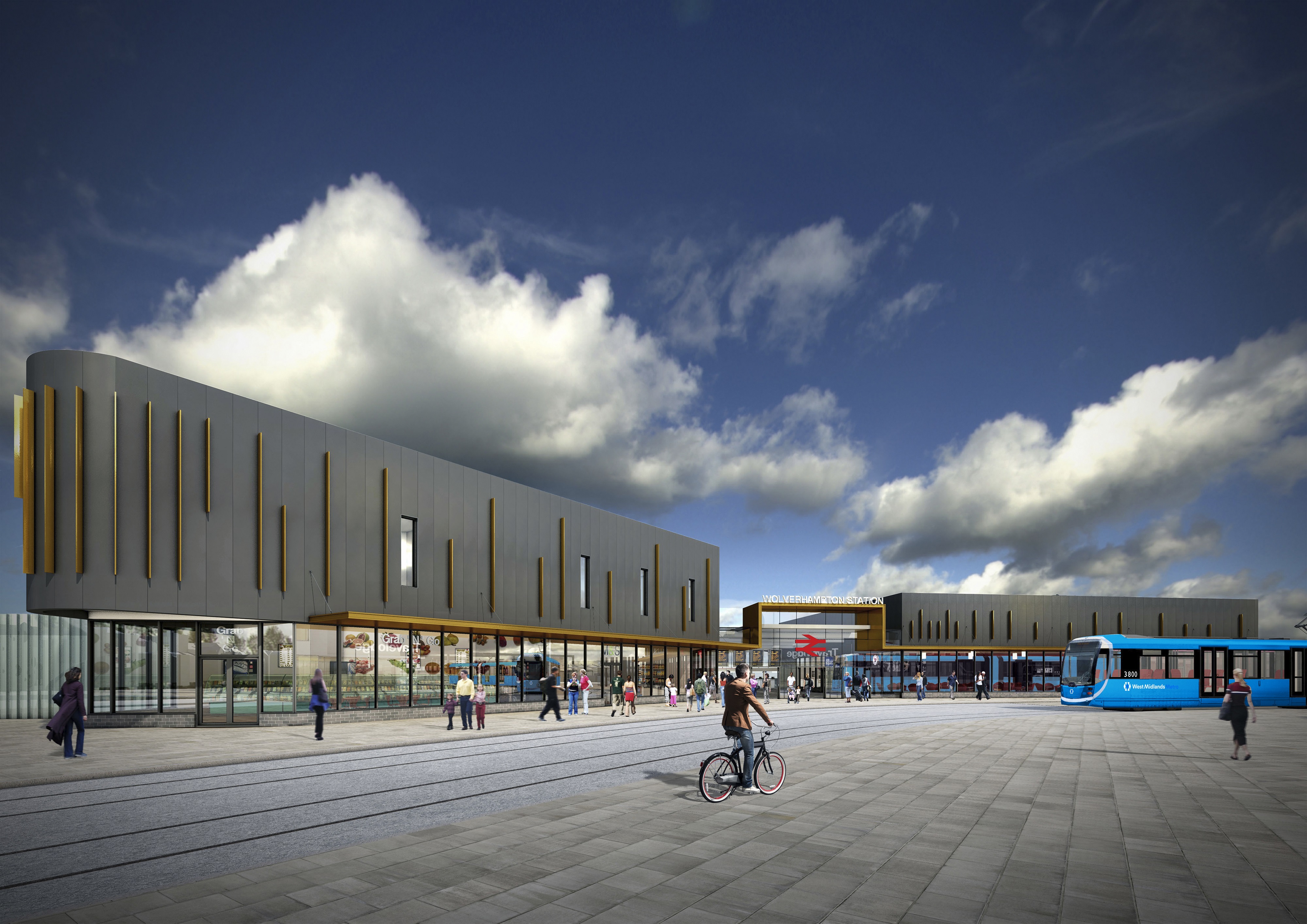 Exterior works on phase two of Wolverhampton’s new railway station building are nearing completion in line with a spring opening to the public.

It is another major step forward in the development, which is part of the city’s £150million Interchange scheme that this week won another major award – the Insider West Midlands Property Awards 2020 Regeneration Project of the Year.

Railway station contractors Galliford Try have installed the phase two steelwork, clad the building and lifted in the floor and roof slabs to make it watertight.

Works have started on the roof finishes, canopy cladding, ceramic tiling and mechanical and electrical installations ahead of final phase works prior to opening.

Once the railway station is completed, final works will begin to connect the station to a new Metro extension, creating a fully integrated transport hub with the neighbouring bus station.

“The railway station is a beacon of the multi-billion-pound regeneration that is taking place across our city. It is an extraordinary project and I am delighted all the hard work is getting the recognition it deserves.

“This will help lever in more investment into the city and benefit future employment, helping to relight our city and encourage families to work, live and enjoy Wolverhampton with their children.

“A lot of hard work has been done by the council, Ion Developments and partners to make the transformational scheme a reality.

“The completed Interchange will connect train, tram and bus in one place and, alongside a thriving commercial district will ultimately provide a gateway to our city that we can all enjoy using - and be proud of.”

“It’s brilliant that despite the ongoing pandemic, work on this magnificent new railway station has continued and supported local construction jobs for local people throughout.

“Once complete, the station will link up with both the Midland Metro extension along Pipers Row and the city centre’s bus station, meaning residents in Wolverhampton will be able to travel seamlessly across the West Midlands – and beyond when HS2 is up and running. These improved transport links after decades of under investment means people will have better links to jobs and opportunities, and this will play a key role in the economic regeneration of the West Midlands both post-pandemic and beyond.”

“As we approach completion this spring, we look forward to the city and its residents being able to enjoy this new state-of-the-art railway station, alongside its new facilities. The awards and recognition the Interchange project has received is testament to the collaborative approach and excellent teamwork from all the partners involved.”