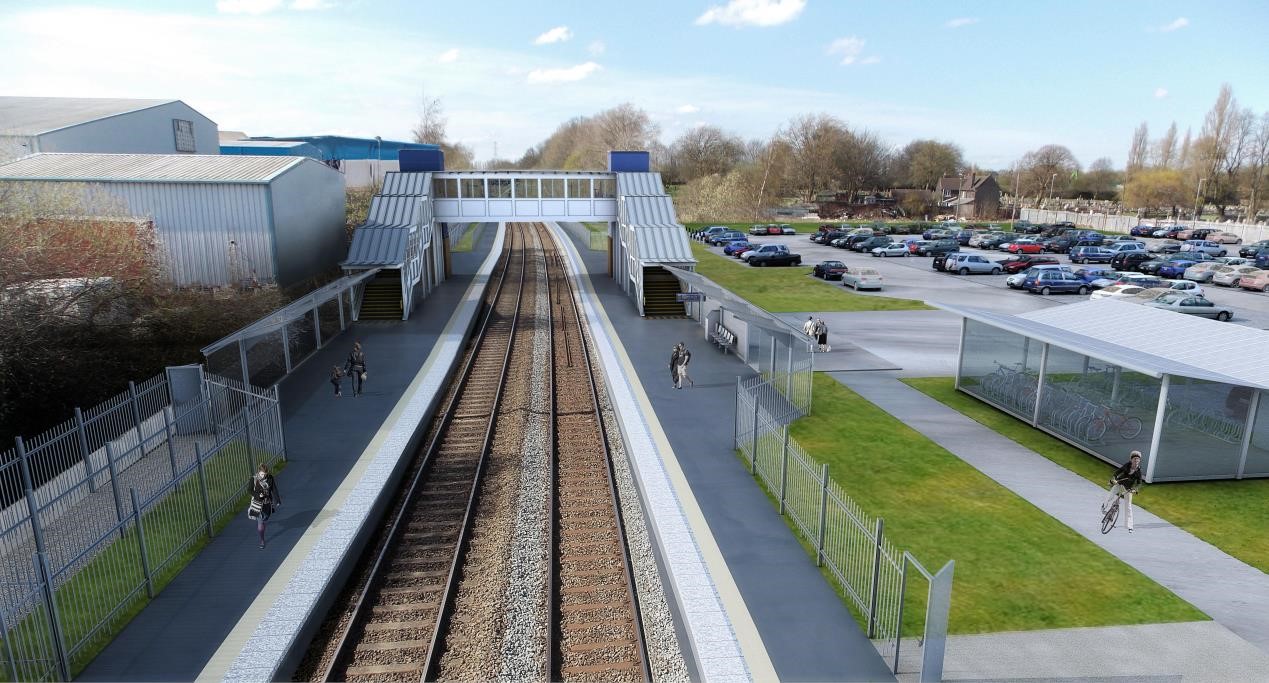 Plans for two new railway stations on the Walsall to Wolverhampton line have been approved – marking a major milestone in the project to restore passenger services to this part of the Black Country.

The stations at Darlaston and Willenhall were backed by Walsall Council’s planning committee meaning that the project can move forward to the next stage.

An invitation to tender has now been issued for construction of the stations with a view to appointing a contractor by next spring.

The stations will offer the people of Darlaston and Willenhall vastly improved connections to Wolverhampton, Walsall and Birmingham New Street stations when they open in 2023.

“Restoring passenger services to the Walsall to Wolverhampton railway line is a critical part of our transport strategy for the West Midlands, and we have taken another step towards achieving that vision by securing planning approval for these new stations at Darlaston and Willenhall. We are now looking to get work underway as soon as possible, and our search for a construction contractor has already begun.

“People have been waiting a long time to see services restored, and these better connections will be a catalyst for regeneration in this part of the Black Country. As well as unlocking land for industrial and housing development and improving transport links across the region, the construction of the two stations will provide work for local people at this difficult time, helping to protect and create new jobs in the West Midlands.”

Willenhall Station will be sited next to the Bilston Street railway bridge close to the town centre, while Darlaston Station, which will include a 300-space car park, will be built on derelict land next to the Kendricks Road bridge.

"The reopening of these stations will offer these communities a faster alternative to the car when commuting to Birmingham, Walsall and Wolverhampton – helping us to ease traffic congestion and improve our air quality.

"We're working hard to create a better-connected West Midlands, to increase cycling and the use of public transport and this is another important step in the right direction."

Passenger trains last called at stations in Willenhall and Darlaston more than 50 years ago and the line between Walsall and Wolverhampton has been used only by freight services since 2008.

“This is massive step forward for the borough and the new stations will open up huge new opportunities for people to visit Willenhall and Darlaston and importantly open up regional and national opportunities for jobs, education and leisure for local people of all ages.

“There are billions of pounds of investment on site or in the pipeline across the City of Wolverhampton, and improving our transport connections with all parts of the region and beyond will play a big part in how we make the most of that investment to boost our economic recovery from the coronavirus pandemic.

“Securing planning approval for the new stations at Willenhall and Darlaston is good news and fits in well with our city’s significant commercial and residential regeneration schemes neighbouring this rail line, such as our new city centre Interchange.

“The new stations will provide further job opportunities for our residents and developments like this are also critical to encouraging more future use of public transport to help support our climate emergency agenda.”