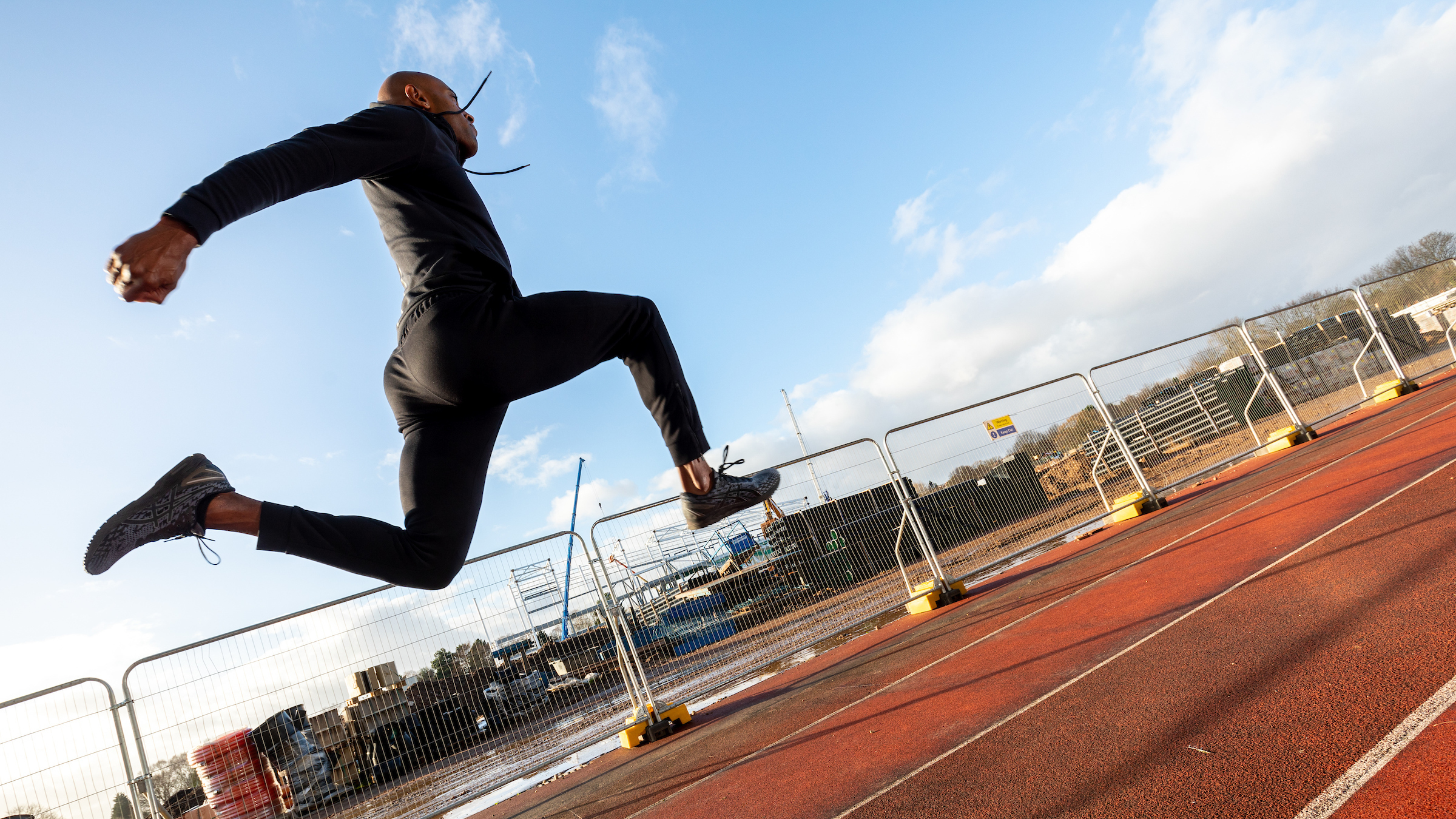 An inspection of the progress on the redevelopment of the Alexander Stadium ahead of the Birmingham 2022 Commonwealth Games was carried out by athletes and project partners yesterday (December 16).

Since planning permission was granted in January this year, the demolition of three existing stands has been completed and the site remodelled with steelwork that will form the eye-catching new West Stand, which has started to take shape in recent weeks.

And despite the challenges posed by the Coronavirus pandemic, the £72.4million scheme remains on budget and scheduled for completion in spring 2022 ahead of its initial use as the venue for the Commonwealth Games athletics competition, as well as the event’s Opening and Closing Ceremonies.

“It is fantastic to be able to take a closer look at the progress that has recently been made on the redevelopment of the Alexander Stadium. I’m impressed with how quickly the new parts of the stadium are taking shape.

“This will be an amazing venue for Birmingham 2022 and I’m sure that athletes from across the country, and around the world, are looking forward to competing here during the Games. This stadium has long been associated with great events and great athletes and that association can now continue in 2022 and beyond.”

Post-Games the Stadium is set to become a focal point of health, well-being, sport, academic and community activity in an improved Perry Park as part of the wider Perry Barr Regeneration Scheme - which will see well over £500million invested into north-west Birmingham in the next decade.

“The Alexander Stadium will be at the centre of international sporting attention during the summer of 2022, and it is really exciting to see the new stand taking shape.

“It is a testament to the hard work of everyone involved with the project that they have kept things on track despite the challenges of this year.

“As we come up to the third anniversary of Birmingham being awarded the Games, this is a hugely encouraging demonstration of the progress we have made so far in our preparations, and the long-lasting legacy that this project will create for the people of Perry Barr and Birmingham as a whole.”

The Stadium, which will house around 30,000 spectators at each session it is used for during the Games, will revert to a permanent capacity of around 18,000 post-Games, the largest permanent facility capable of hosting major athletics in the UK, and the home of the world-famous Birchfield Harriers athletics club, in addition to a range of other tenants.

“I am truly impressed with the progress that has been made on this project this year. Despite the challenge of the pandemic, it is on track and on budget and the new stadium is really starting to take shape.

“The Alexander Stadium is a hugely significant venue for Birmingham 2022 and this redeveloped stadium will be the perfect stage for the athletics competition during the Games, and of course for our opening and closing ceremonies which we are currently planning.

“It is great to end the year on such a positive note and it is exciting to witness first-hand the hard work and passion that has been poured into this project over the last few months.”

"I'm delighted by the significant progress that has been made at the Alexander Stadium in the past few months and I want to thank everyone involved for their efforts so far. We are on track for the stadium to be a brilliant centrepiece of the Games and a fantastic community facility for many years to come."