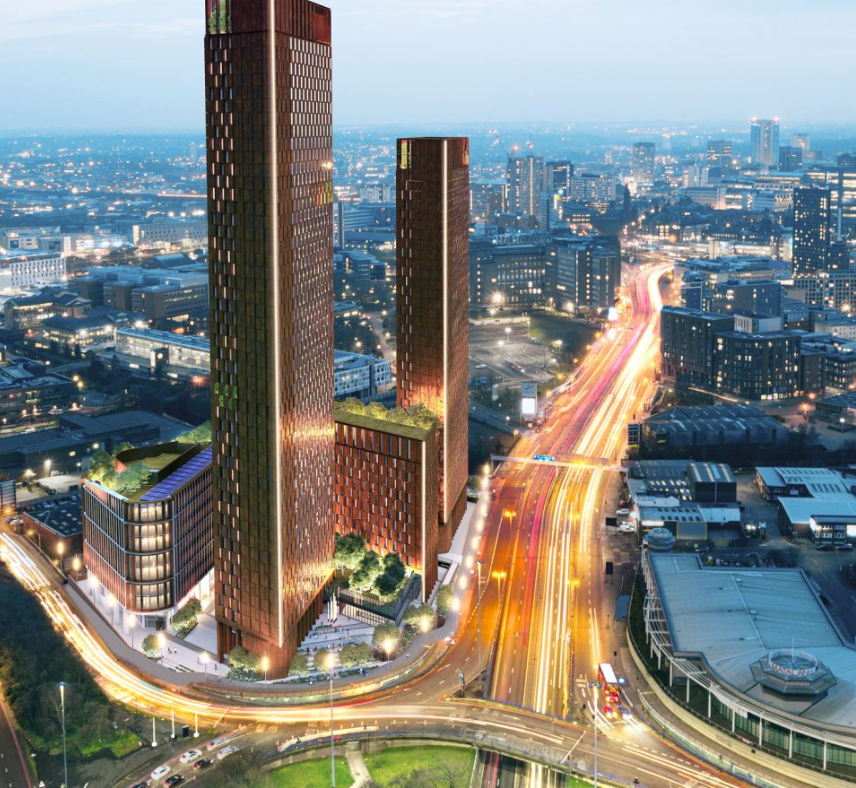 The £360 million development will feature the city’s tallest building at 172m (564ft) and could create more than 1,000 jobs and bring a £150 million plus boost to the Birmingham economy.

“Curzon Wharf has the potential to catalyse growth and innovation in the West Midlands, not only creating jobs in its own right, but helping to drive regional investment as a flagship development that is a very visible beacon of the region’s commitment to creating world-class, sustainable infrastructure.”

“With HS2 and the Commonwealth Games on the horizon, it will bring fantastic investment opportunities to Birmingham.

“I’m delighted to see the Woodbourne Group’s Curzon Wharf plan moving forwards as it marks a major change from previous approaches. Not only will the plan create new jobs and homes for the local area but most importantly, it will set a new benchmark for sustainable development and inclusive building.

“For me, it is so important that we learn the lessons that the pandemic has taught us. So, to see issues like mental health being put front and centre into plans and design is fantastic and is exactly what the city needs.”

“Achieving net zero carbon is not easy, but it is the right thing to do.  It is therefore wonderful to see Curzon Wharf setting out from the very first steps to achieve this ambitious goal.

“Woodbourne Group are leaders of the movement to develop Birmingham sustainably, and working with them to deliver the city’s first mixed use net zero carbon development is an exciting prospect.”

“This is a superb and exciting investment in the city, creating up to 1,000 new jobs and boosting the city economy by upwards of £150 million, proving Birmingham has all the levers for growth and a catalyst for business, education and retail.

“Curzon Wharf will provide all the essential tools to connect, develop and influence business within and across our great city and further afield.”

“Birmingham is now at a turning point and our generation has the opportunity to transform the city into one of the most civilised, sustainable and leading cities in the world. The support received by Curzon Wharf is a reflection of that. We need to work together to not only ensure Birmingham bounces back from the Covid-19 pandemic, but it does so powering ahead of our regional competitors.”

“We are already seeing the impact the 2022 Commonwealth Games and the launch of HS2 will have on Birmingham, but those are only two elements of a much bigger story.

“Recent announcements such as the decision by contemporary arts education provider BIMM to open two new colleges in Birmingham this year, close by the major film studios expansion planned by Peaky Blinders creator Steven Knight, is further evidence of why the 2020s are going to be a fantastic decade for young people to study, work and relax in this city.”

Curzon Wharf is the subject of a public consultation period beginning on Friday 12 March and running for two weeks to 26 March. Representations to Birmingham City Council can be made at www.curzonwharf.com