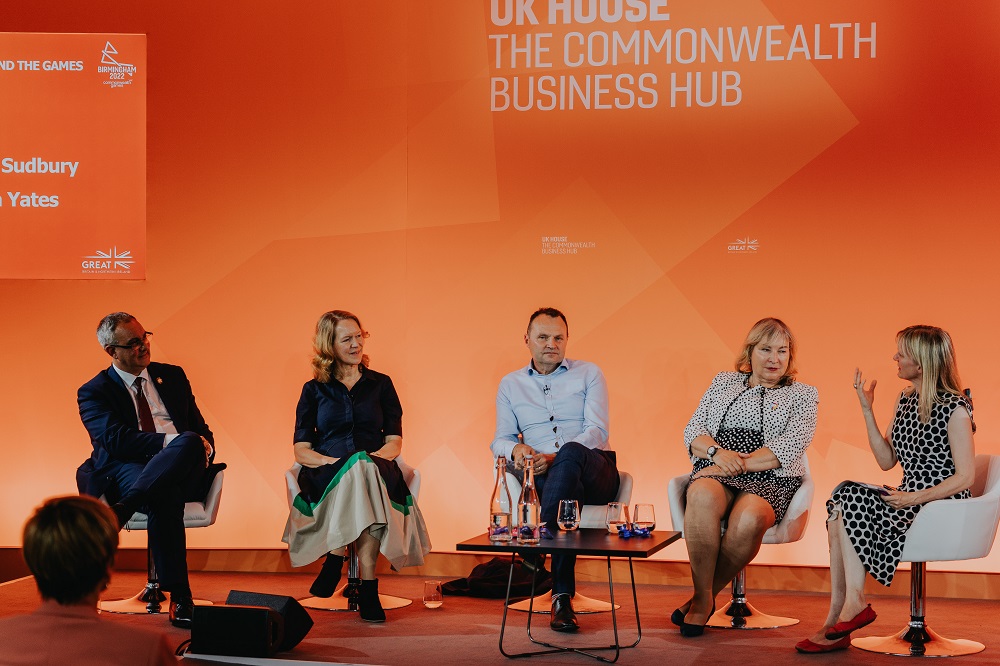 The announcements were made at Legacy Day, the final event of UK House, held on Monday 8 August. The event marked the conclusion of an eight-day programme of trade and investment talks taking place alongside the Games, brokering new partnerships for sustainable growth.

Building on its role as Official Hosting Provider at Birmingham 2022, Airbnb announced a £500,000 investment into the West Midlands – The Airbnb Birmingham 2022 Legacy Pledge. During the Games, Airbnb has given families the opportunity to welcome guests into their homes, boost their income and benefit financially – especially as the cost of living crisis continues to bite. The Pledge will now see Airbnb invest in strategic projects in partnership with the West Midlands Growth Company, to shine a light on the region after the Games by showcasing the cultural gems that make it unique.

Microsoft has also announced a new joint initiative with the West Midlands Combined Authority, focused on delivering digital skills in the region and the financial investment to support it. The new multi-year initiative will build on both the legacy of the Commonwealth Games, the WMCA’s regional digital skills bootcamp offer and Microsoft’s nationwide On campaign to help 1.5 million people in the UK build a career in technology.

Speakers at Legacy Day explored the early benefits of the Business and Tourism Programme (BATP), the first programme of its kind established to boost the economic impact of the Commonwealth Games. The three-year Programme - designed to catalyse tourism, investment, events and exports surrounding the West Midlands - has engaged target audiences across 320 events so far, beaten its target for attracting inward-investment derived jobs by three-fold, and has seen 28 new bookable tourism products developed.

The BATP’s Major Sporting Events Delivery Plan has already seen a number of major events secured for the region, including the Commonwealth Esports Championships 2022, the British Association for Cardiovascular Prevention and Rehabilitation Annual Conference 2022, the International Ceramics Conference 2028 and the International Working Group World Conference on Women & Sport 2026 - the world’s largest gathering of experts on gender equality in sport and physical activity.

So far, the BATP has secured over 1,100 positive media articles worldwide to showcase and influence perceptions surrounding the West Midlands’ business and tourism landscape. Meanwhile, marketing campaigns have resulted in a surge of new traffic to West Midlands Growth Company led websites, with an average 3900% increase from primary target markets across the Commonwealth, compared to last year.

Legacy Day follows the announcement of some major new BATP-led investments for the West Midlands, including the regional expansion of professional services firm Accenture and the expansion of two new India and Canada-based companies into the UK. Commonwealth-sourced The Disposal Company, which is India’s first plastic credit platform and Canada-based pan-African fintech company Kora, have been secured as a direct result of the Global Growth Programme, a support package for international companies looking to grow in the UK.

Led by the West Midlands Growth Company in partnership with the Department for International Trade, the Programme will provide Kora and The Disposal Company with a package of free support, including ‘soft landing’ office space at Bruntwood SciTech’s Innovation Birmingham campus.

“This summer’s spectacular Birmingham 2022 Commonwealth Games must represent a starting point and not a finish line in the rebirth of our region if we are to make the most of this moment of collective celebration. I want to see these Games go on to deliver a lasting legacy for the people of the West Midlands for generations to come. The Business and Tourism Programme was always an integral part of that agenda and I’m delighted that it has been a resounding success – in terms of major events held, media coverage secured and investments won. We have seen a three times increase in our pipeline of business and inward investment leads.

“Now we must build on this momentum to maximise the economic impact of the Games in the weeks, months and years ahead. A key part of my mayoral mission is to equip our local residents with the skills to succeed in the 21st Century. That’s why I’m so pleased we have agreed exciting partnerships with big global names like Airbnb, Accenture and Microsoft that will help us to deliver on this important mission. After an unforgettable few weeks, there’s so much more to look forward to. I cannot wait to see lives changed for the better.”

“Birmingham 2022 has shone a global spotlight on the West Midlands. Staging major events like the Commonwealth Games can help deliver a strong economic boost to their host countries and regions, injecting new life into communities and creating a huge, powerful feeling of pride in place. With continued support, close collaboration and the legacy strategy that is in place, we’re confident that these Games will prove transformational for Birmingham and the West Midlands in the months and years that follow. The Business and Tourism Programme, delivered alongside the Games, will play a key role in helping to achieve that.”

Legacy Day involved discussion and debate around the next steps for the region post-Games in order to deliver long-term value from the event and the significance of Birmingham 2022 in “levelling up”. Speakers included Nigel Huddleston MP, Minister for the Commonwealth Games, Andy Street, Mayor of the West Midlands, Councillor Ian Ward, Leader of Birmingham City Council, as well as representatives from Airbnb, Microsoft, the University of Birmingham, Coventry City Council, PwC, KPMG, DIT, VisitBritain, E.ON, Bruntwood, Gowling, Lendlease, GBSLEP and international delegations. Discussions also covered the region’s role in the world, after this period of being centre-stage.