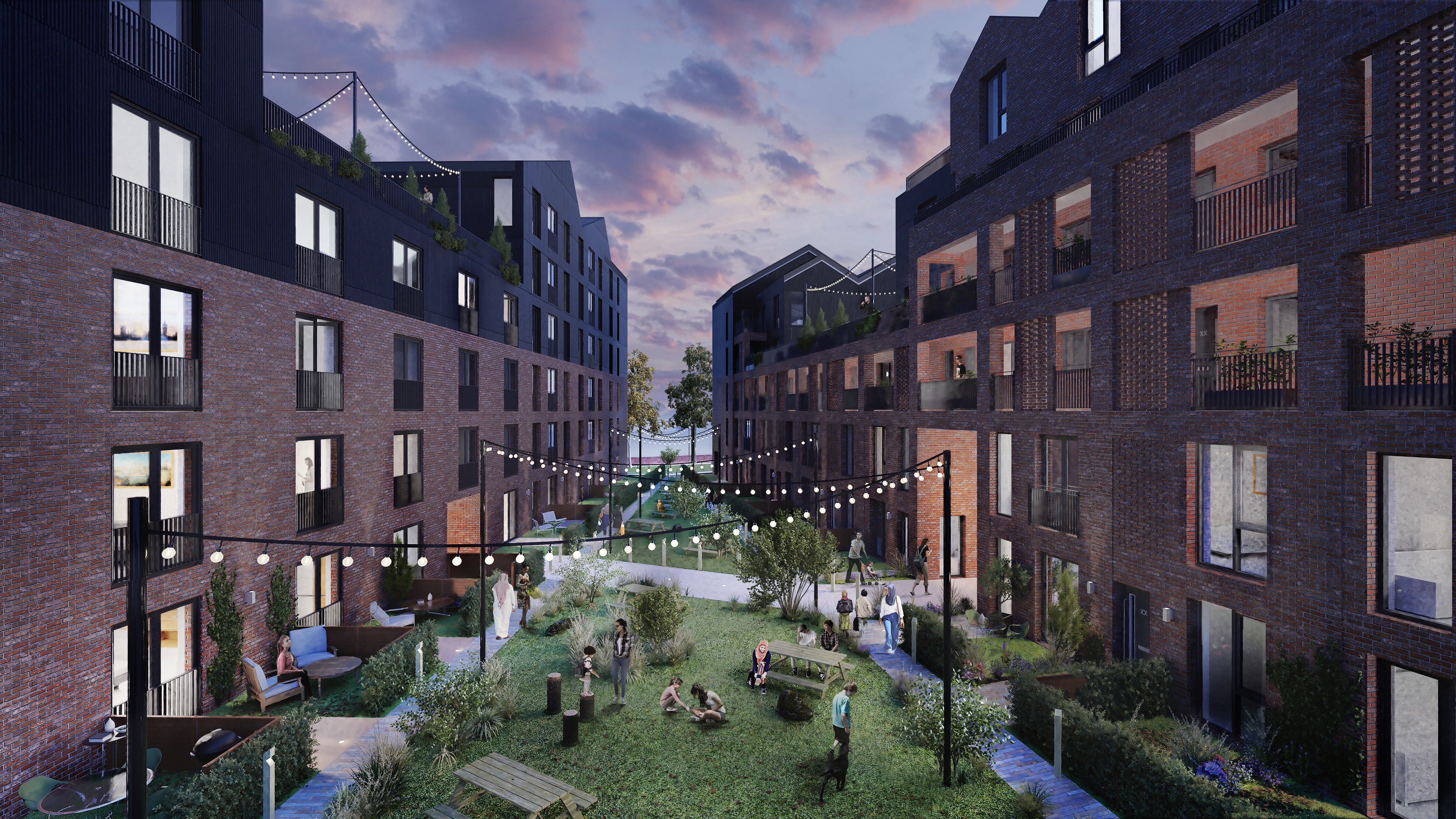 An ambitious multi-million-pound city living development has been announced for City of Wolverhampton’s Canalside Quarter.

Placefirst, an award-winning build-to-rent developer, has revealed the first image of the Canalside project, a scheme to deliver 350 high-quality homes on five acres of brownfield land off Lower Horseley Fields in the city centre.

Featuring a mix of new build homes and sensitive restoration of heritage properties, Canalside is designed to build upon the architectural character of the area aligned to the historic canal network, providing a new canalside promenade and a mix of semi-private and public realm open spaces, all interacting with the historic canal basin.

Placefirst will submit a planning application to the city council in coming months and if permission is granted, construction is due to start later in 2020.

Located close to Wolverhampton’s new £150m transport Interchange, providing quick, direct access to Birmingham, London and Manchester, Canalside represents a key element of the first phase of the council’s plans to transform the city centre’s canalside area around a mix of residential, leisure and commercial spaces.

The council, in partnership with the Canal and River Trust and West Midlands Combined Authority, aims to deliver a transformational vision of more than 1,000 homes to create a sustainable, mixed-use community in Wolverhampton city centre.

The scheme represents the first for Placefirst in the Midlands, following its delivery of a range of award-winning build-to-rent communities across the North West, Yorkshire and the North East.

“We are delighted Placefirst has committed to this major residential waterside scheme in our city centre.

“Canalside is a large and exciting opportunity that will require determined and skilful leadership to realise the opportunity.

“This is an exciting step in delivering a nationally significant development at this wonderful heritage location. It also forms part of how we are re-imagining our city centre as part of more than £1billion of investment on site or in the pipeline.”

"Placefirst is working with City of Wolverhampton Council to deliver its ambitious vision for the Canalside Quarter and kickstarting the multi-billion pound regeneration of the city.

“We have developed our plans for the Canalside Quarter within the wider transformational framework set out by the council. Our proposals reflect our shared ambition to raise the bar in terms of quality residential homes in the city centre.

“As our first project in the Midlands, Canalside represents an important milestone for Placefirst. Through good design and excellent placemaking, our proposals seek to deliver a new sustainable, intergenerational waterside community for Wolverhampton.”