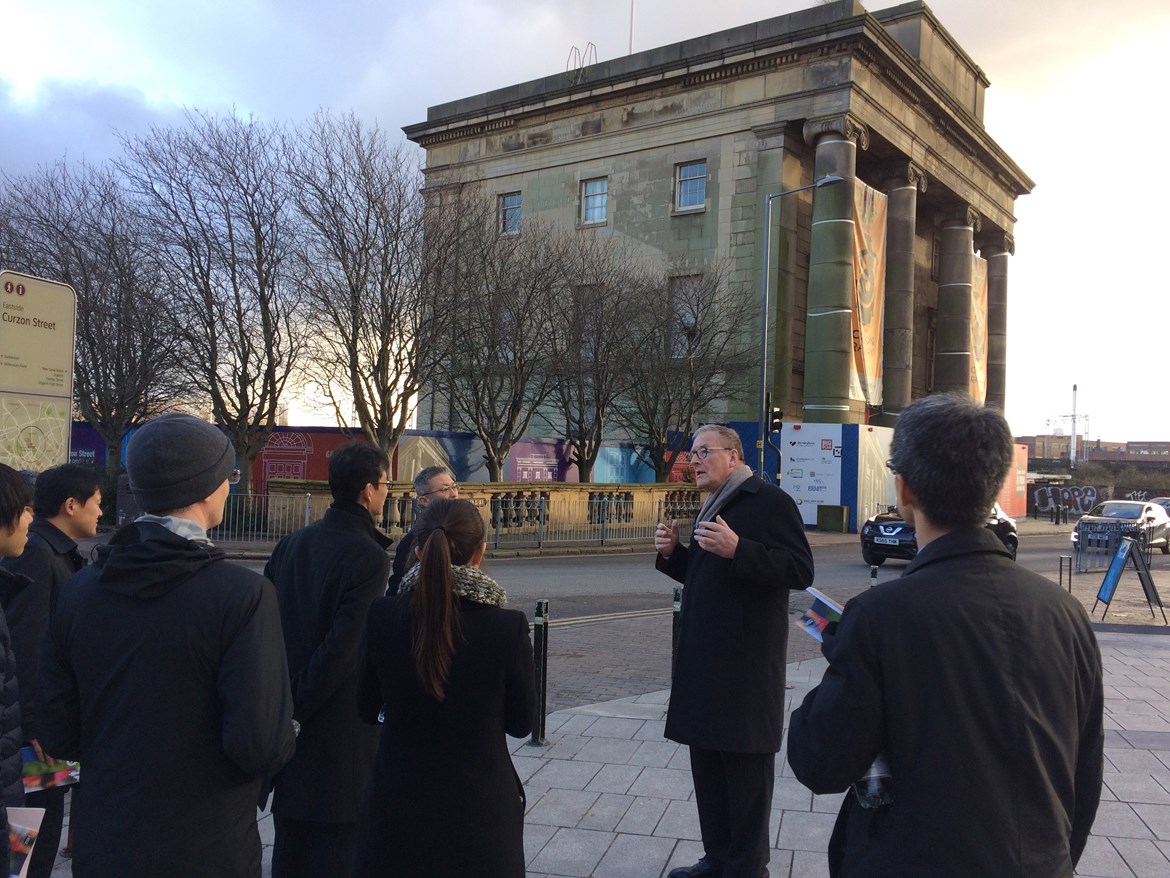 Ten experts from Central Japan Railway - the company that pioneered the iconic Shinkansen ‘bullet train’ - came to HS2’s Birmingham headquarters to hear how the company is developing the UK’s new high speed rail network and what it means for the west midlands.

Discussions covered how HS2 will be run, including integration with the existing network for services to northern England and Scotland. The delegation learned how HS2 is working with the aerospace and Formula 1 industries to deliver an extremely reliable and punctual passenger service, and how HS2 passengers will travel on some of the world’s most advanced high speed trains.

In return, the Central Japan Railway team shared with HS2 their experience of operating and investing in one of the most successful high speed rail networks in the world.

“We were honoured to welcome Central Japan Railway to our Birmingham HQ.

“In developing HS2 we have drawn on the experiences of other countries' investment in high speed rail - and who better to have that dialogue with than the Japanese, the bullet train pioneers.

“HS2 is capitalising on technology developed over the last 50 years, as well as developing new innovations, to deliver a 21st century high speed rail network. It will deliver more seats, greater punctuality and shorter journeys, whilst freeing up space on the existing railway."

“The railway HS2 Ltd is delivering for the UK takes high speed rail travel to the next level. It was exciting to see their plans coming to life at Curzon Street, which I’m sure will be a magnificent station for Birmingham and the whole west midlands.”