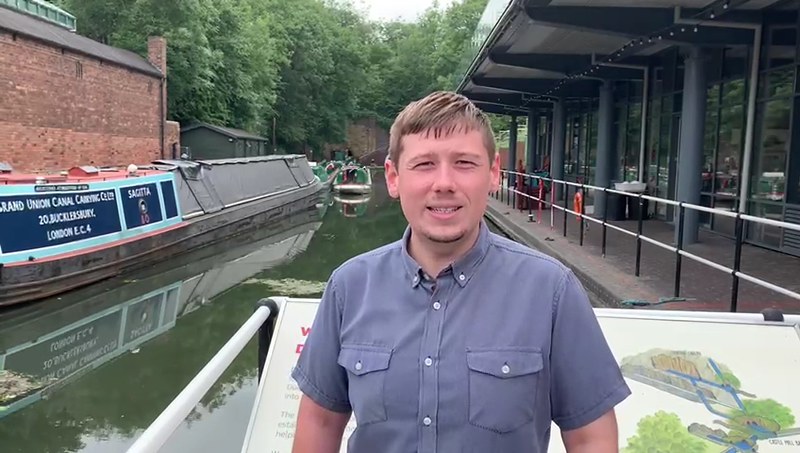 As the Black Country UNESCO Global Geopark reaches its first birthday, Dudley Council’s regen boss looks at how the Geopark will benefit from the borough’s £1billion regeneration programme.

It was on July 10 last year that UNESCO announced the Black Country had finally been welcomed into the UNESCO Global Geopark family.

There are more than 40 amazing Geosites that make up the geopark across the region.

On a recent visit to one of the Geosites, Dudley Canal & Tunnel Trust, Dudley Council’s regen boss discussed how the area will benefit from major regeneration programmes including the Midland Metro extension, which will link the borough to Wednesbury and beyond.

"UNESCO Global Geopark status recognises the global importance of the geology here that stems back 428million years and the cultural history that springs from it.

The Geopark celebrates our natural assets, how the area evolved to be a driving force in the Industrial Revolution and how it has evolved further to create the green open spaces that we have really needed and been inspired by in the last 12 months.

One of the key features of the Industrial Revolution that helped this area thrive was the creation of our canal network, making it easier and quicker to transport products. Improving transport and connectivity was key then and the same can be said for today.

The multi-million-pound Midland Metro extension, which will come into Dudley and through to Brierley, will make it much easier for people to travel across the Black Country without the reliance on cars. This will definitely help increase visitor numbers to our Geosites and boost the economy across the region.

And this is just the start, there are exciting times ahead as we move into our second year as a UNESCO Global Geopark."

For more information about the geopark go to https://blackcountrygeopark.dudley.gov.uk/bcg/