Full STEAM ahead for £60 million transformation of historic Birmingham building 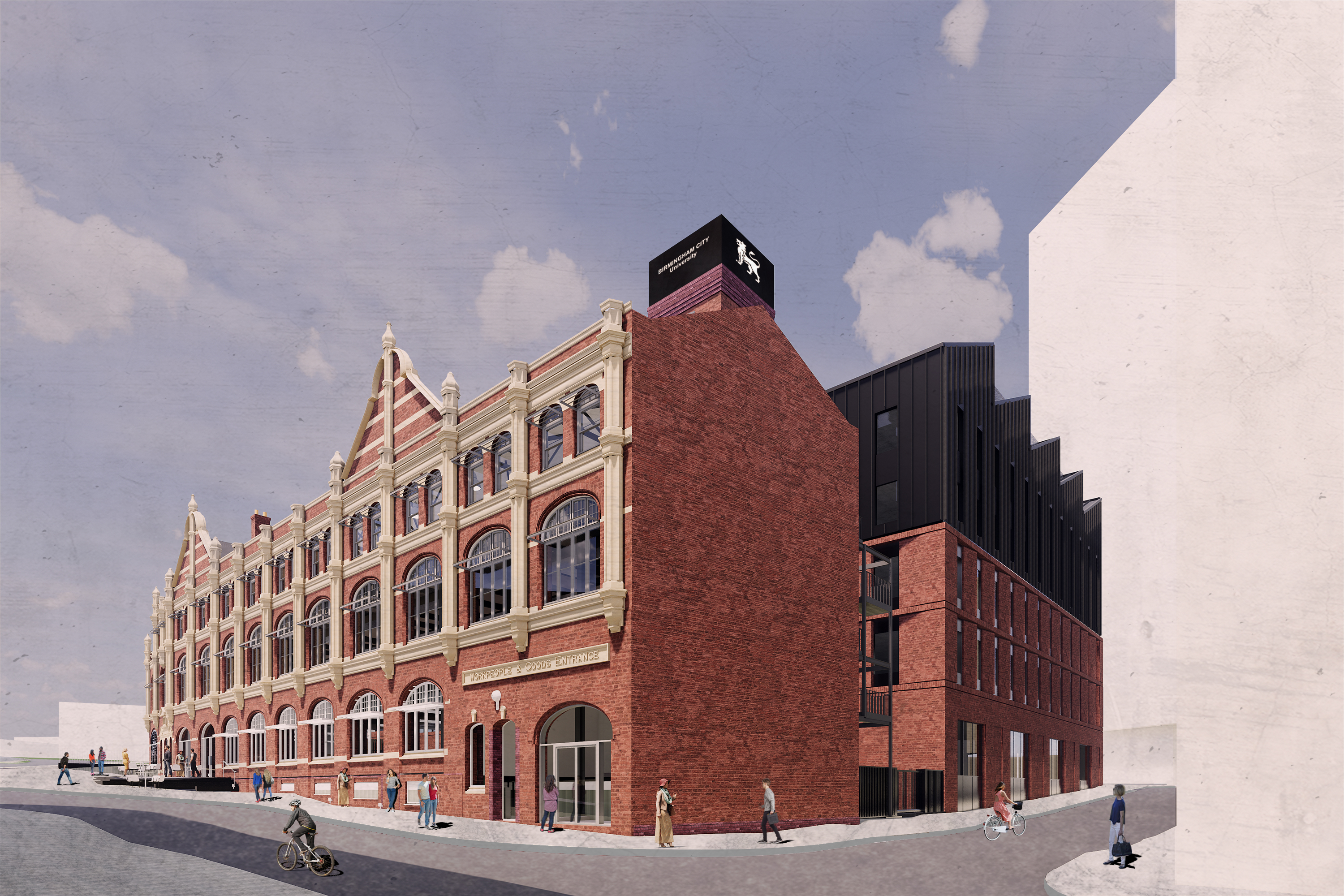 Planning chiefs have given the green light to proposals to transform a historic Birmingham factory into a £60 million innovation centre for businesses, artists and academics to collaborate.

The proposals were given the go-ahead during a planning committee meeting this morning, paving the way for builders to start preparatory work on restoring the 1899-built structure.

The overhaul will see the restoration of the Grade A listed building on Cardigan Street in Birmingham’s Eastside, which has stood derelict since being gutted by a fire in 2007.

It will now be used to provide access to state-of-the-art technology, workspaces and business advice for people across the region.

Discussing the plans, councillors said it was unfortunate that an ‘amazing’ building had fallen into disrepair following a fire, but it was pleasing that the site would now be used to benefit the region.

The Victorian Belmont Works factory, which was originally built in 1899, served as the headquarters for the historic Eccles Rubber and Cycle Company and has since been used to produce linen clothing, bedsteads and pianos.

The building will be transformed to house STEAMhouse’s new site providing additional facilities and spaces for SMEs.

Work on Phase Two will see the building receive an extension to its rear façade to provide upgrades and new spaces, but the building will also retain many of its original features.

It will be equipped with a range of state-of-the-art technology, which will be available to use to help start-ups, and businesses produce prototypes and work on proposals.

“We are delighted to receive this news which allows this important project to move to the next stage, and give us the opportunity to support even more innovatorsand businesses as well as establishing much closer links with our students and academics.

“While the region has long been recognised for its strength in industries like manufacturing, embedding the arts within this has a major role to play in underpinning growth in the years to come.”

This is a major step forwards, not just in providing a new home for STEAMhouse, but also in putting STEAM at the heart of our economy.

STEAMhouse Phase One has already supported the creation of dozens of new businesses, since being launched in Digbeth last year by Birmingham City University and Eastside Projects.

It frequently hosts events aimed at bringing academics, innovators and creators together to solve challenges facing the West Midlands.

The latest of these events will see STEAMhouse link up with Balfour Beatty Vinci, to look at ways to use new thinking and new technology to support communications and logistics along a stretch of the HS2 rail line, being developed between Long Itchington and Lichfield.

The event will task attendees with finding new ways to efficiently move people, plant and materials around HS2 sites to minimise the impact on communities.

STEAMhouse has received funding from the Government, the European Regional Development Fund and Arts Council England.