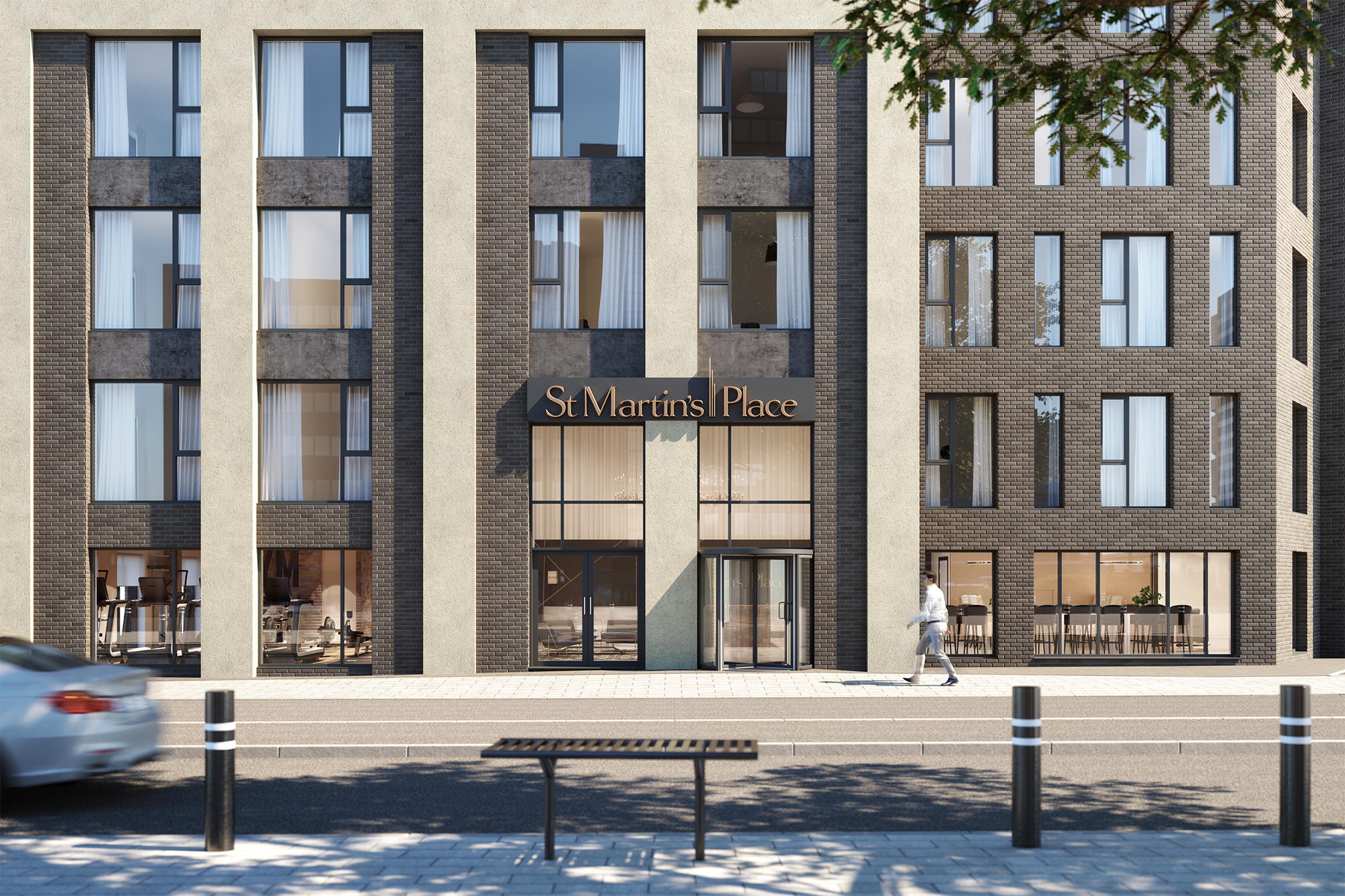 SevenCapital’s flagship Birmingham city centre development, St Martin’s Place, is all but sold out just one year since going on sale off-plan, and a year ahead of projected completion.

Of a total 228 luxury one, two and three bedroom apartments, less than five per cent now remain available – a testament to the city’s growing popularity as a home for increasing numbers of professionals, and with it, appetite for stylish and high end, state-of-the-art accommodation.

The development, which neighbours the city’s BFPS district (business, financial and professional services), Calthorpe Estate and sits adjacent to the ever-popular four-star Park Regis Hotel, is set to be a first for the city, extending the hotel’s services, such as room service, housekeeping and laundry service, to residents.

This is in addition to the development’s own amenities, including a state-of-the-art, residents only gym, WiFi lounge and private cinema, plus an attractive courtyard garden sitting at podium level in the centre of the development.

With its prime location close to the city’s main business, retail and entertainment centres and access to major rail, metro, road and public transport routes on its doorstep too, it’s easy to see why St Martin’s Place has proven so popular amongst buyers.

“When we revealed our designs and plans for this fantastic development one year ago, we knew we were launching a truly unique offering for the city – something that the city had never seen before. We’re very pleased that the development has been so well received so quickly. It proves Birmingham’s growing status as a place for people to live, work, play and invest.

“This city is truly world class, which has been proven by its recent coup of being chosen as host city for the 2022 Commonwealth Games – which future residents of St Martin’s Place will be perfectly placed to enjoy. As the city continues to develop, with so much still in the pipeline, it will continue to attract people looking to make Birmingham their home. It’s a very exciting time.”

St Martin’s Place is currently being constructed, located between Broad Street and Tennant Street, near the Five Ways area of the city, where SevenCapital has also recently completed the city’s second purpose built PRS development, The Lansdowne.