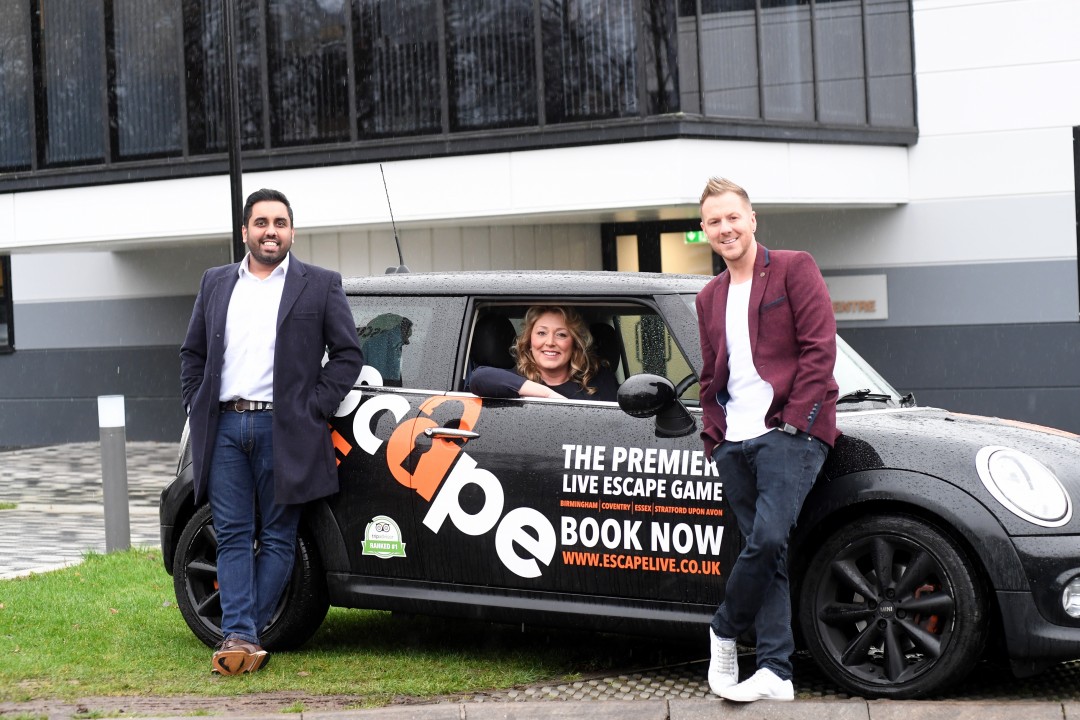 An escape experience company has taken an office at the Venture Centre at the University of Warwick Science Park.

Coventry-based John Dalziel and Jas Sodhi set up Escape Live in 2014 with its first venue in Birmingham made up of two rooms and three staff.

Now the company has in excess of 40 staff and more experiences in Birmingham, Coventry, Stratford-upon-Avon and Southend-on-Sea.

A team of five staff will work out of the science park and where it will carry out research and development for the company’s future escape experiences, as well as providing office support to the venues.

"When we launched Escape Live, we were one of the few British businesses operating in this field outside of London.

"We quickly grew in Birmingham and were ranked on sites such as TripAdvisor as the most fun activity in the region. That has led to expansion across the region and the country and we’ve also seen a growth in the sector generally too.

"So we have to ensure that we stay fresh with new experiences and new attractions to keep visitors coming back to us.

"The vast amount of tech and IT based companies based at the University of Warwick Science Park was a big draw for us.

"The Escape Live team based here will be heading up our research and development so being around like minded creative people was a must for us."

Jane Talbot, of the University of Warwick Science Park, added:

"We are delighted to welcome Escape Live to the Venture Centre.

"They have moved into the centre because of the great location and the flexibility of the space as that gives them a great starting point from which to expand further.

"But there is also lots of business support available here at the Science Park too, which is something we recommend that all of our tenants look into."