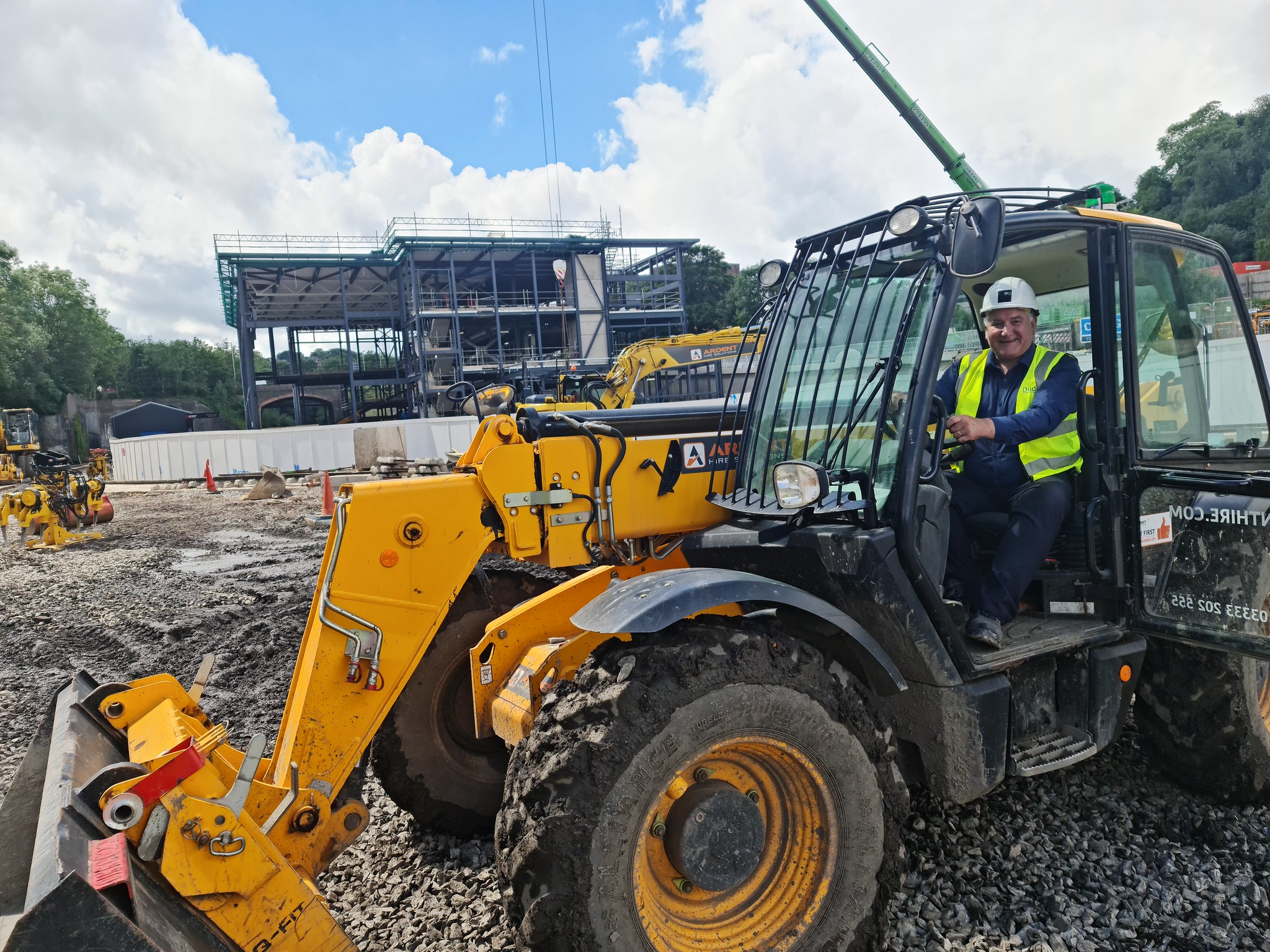 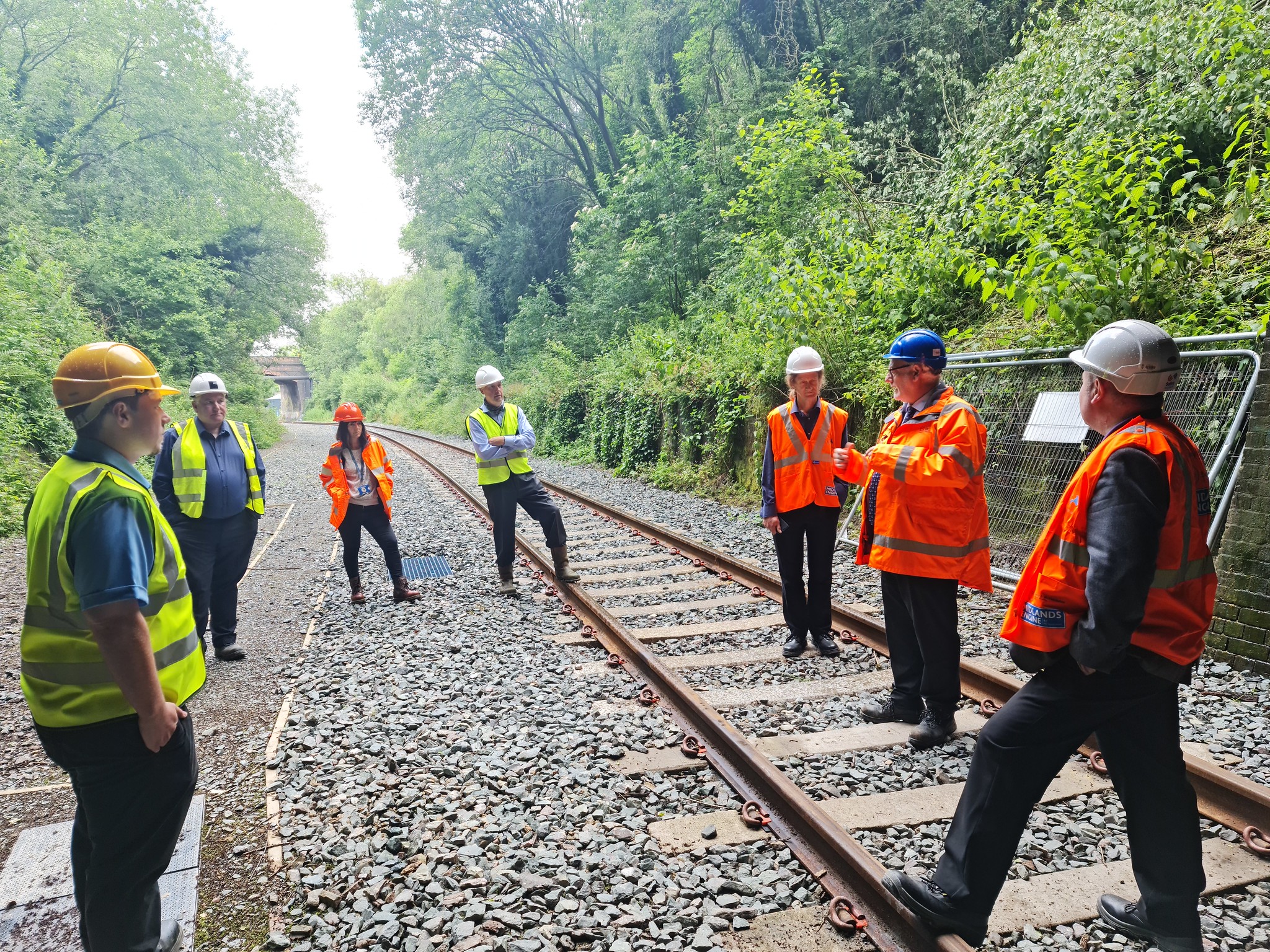 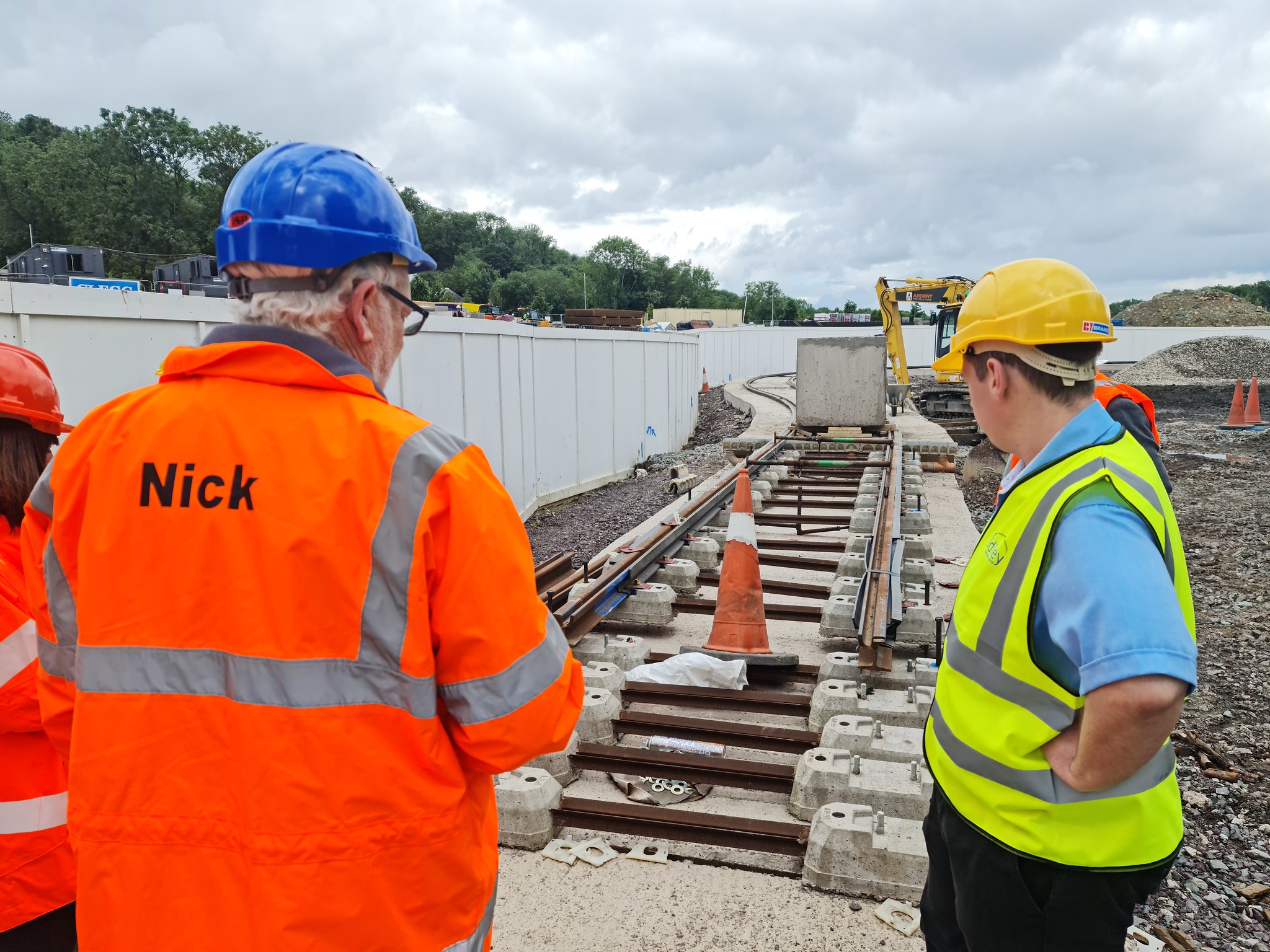 Dudley Council bosses joined their counterparts from Coventry City Council for a tour around the site on Castle Hill, viewing the test track and the progress of work on the imposing three-storey Innovation Centre.

The new test track runs from the foot of Castle Hill to Cinder Bank Island and supports Dudley’s ambition of being an international centre for rail innovation.

It will soon be home to the Coventry VLR prototype vehicle, which will undergo extensive testing at the site in Dudley this year. The track will also be open to other clients.

The project is being led by the Black Country Innovative Manufacturing Organisation (BCIMO).

"I have been a regular visitor to the site over the last 18 months or so, but I am surprised every time I come by how much it has moved on.

It is great to see the test track in place and to have a walk around to see more progress being made on the innovation centre.

I look forward to the arrival of the prototype vehicle later this year and the chance to see VLR in action, in our borough, with Dudley playing a key role as a world leader in new pioneering rail technology."

"It was my first visit to the VLR site today, and I was blown away by it.

Dudley Council continues to work closely with Coventry and BCIMO to drive this fantastic project forward, and it was great to see first-hand the big strides that have already been made in making this a reality.

The opening of the track puts Dudley one step closer to becoming a global leader in rail innovation and greener transport solutions.

It is an important part of our £1 billion regeneration programme that’s transforming our borough."

"We were delighted to welcome key figures from both councils to the site today for a tour to show the progress we have made.

Our new test track will provide a major step forward in the delivery of a world class innovation centre and I am pleased that we already have several clients ready to start using the facility.

VLR offers a new, lower-cost, public transport solution that is set to transform the rail industry, providing integrated VLR systems as an alternative to heavy rail and traditional Metro transport.

The new centre, to be completed early next year, will sit next to the test track and is being delivered by the council. The centre will boast a triple-height engineering hall, research laboratories, conference and seminar rooms and offices for 45 people. There will also be public areas, including exhibition spaces and an auditorium.