Doors open to second half of new Wolverhampton Railway Station 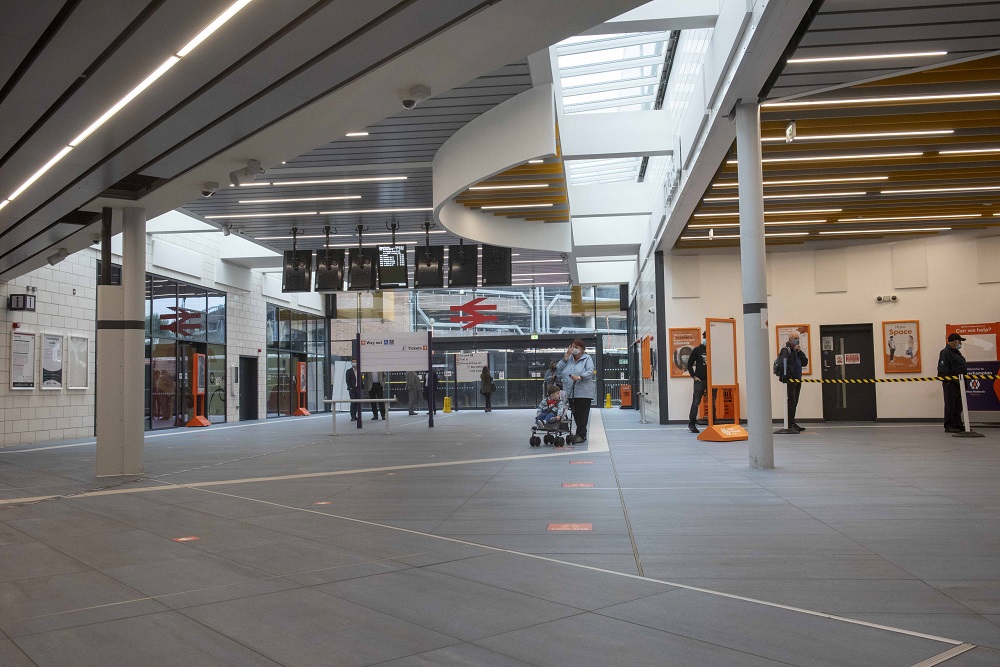 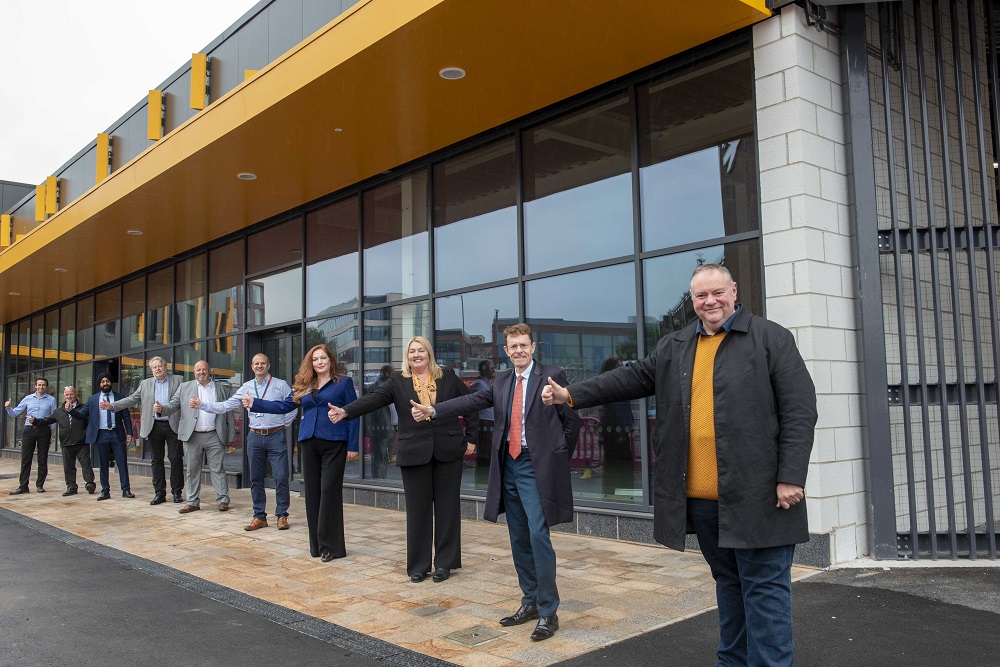 The second half of Wolverhampton’s new Railway Station has recently opened to the public.

Following the completion of main construction on Phase 2 in March, this section of the station building has now been fully commissioned and authorised by the rail authorities.

The station is part of the dramatic transformation taking place under the city’s award-winning £150million Interchange scheme which is delivering improvements to bus, Metro, cycle and train connectivity.

Phase 1 of the station has been open to the public since May last year with train services running. It includes six ticket vending machines, new British Transport Police, toilet, accessibility and baby changing facilities, three retail units ready to be fitted out, train crew accommodation, and a spacious concourse.

Phase 2 includes three more retail units ready to be fitted out, as well as a customer lounge and dedicated customer help point.

It is the culmination of years of hard work by all the Wolverhampton Interchange Partners, who have delivered a first-class facility, supported by funding from City of Wolverhampton Council, West Midlands Combined Authority and the Black Country Local Enterprise Partnership.

The works compound in front of the new station will remain in place to enable Midland Metro Alliance (MMA) to complete the final section of the Wolverhampton city centre Metro extension to the station plaza, creating a fully integrated transport hub with the neighbouring bus station.

MMA, working on behalf of Transport for West Midlands (TfWM), returned to the city centre earlier this year to carry out a series of works to complete the project ahead of the line opening for passenger service. Further construction activity will take place throughout the summer and winter months, including finishing works along Pipers Row.

“I am delighted that we as a Council have delivered on this vision thanks to strong collaborative work with all our partners.

“A lot of hard work has been put in by everyone on the Interchange scheme and it is great to see both phases of our new railway station up and running.

“The station is symbolic of the multi-billion-pound regeneration that is taking place in our city.

“It has been a long-held ambition to build a railway station befitting of our great city and connect train, Metro, cycle and bus in one place to provide a gateway to Wolverhampton that everyone can be proud of.

“As we emerge from the Covid-19 pandemic and its restrictions in the future, people will feel the full benefit of what these impressive new facilities have to offer.

“The railway station development is a big part of how we are re-imagining and re-inventing our city centre to help boost the local economy, create jobs and make the most of our canalside areas, where we have major housing plans.”

“Wolverhampton Railway Station is a crucial part of public transport plans for the West Midlands, and I am delighted that we’re now able to officially open the second half of the station to the public. It really is an incredible gateway to the city and I hope residents can feel a great sense of pride in it.

“The completion of phase two is also brilliant news for our Metro extension to the station, as we’re now able to get shovels back in the ground and complete the works. This means residents in Wolverhampton will soon be able to travel seamlessly across the wider West Midlands and beyond once we have the HS2 stations up and running.”

“These fantastic new facilities have given the people of Wolverhampton a railway station they can be truly proud of. Our customers can now enjoy a brighter, more convenient travelling experience for decades to come.

“With increasing numbers of people returning to the railway it is a pleasure for our station team to welcome passengers back to such an impressive new environment.”

Once the city centre Metro extension is complete, West Midlands Metro will serve two new tram stops; one at the city’s bus station on Pipers Row and one at the railway station, allowing people to easily change between other modes of transport.

“Following the completion of the new railway station our construction activity has now begun at the Station Plaza in what is a significant step forward for the scheme. I am thrilled that these works to lay the final section of track for the new line are now underway and people can see how much closer we are to finishing. The team have worked extremely hard since returning to the city in March and I am proud of what has been achieved during these challenging times.

"We will have a presence in the city centre into the winter and will continue to work closely with the City of Wolverhampton Council, Wolverhampton Business Improvement District and our partners at Transport for West Midlands to minimise impact wherever possible.”