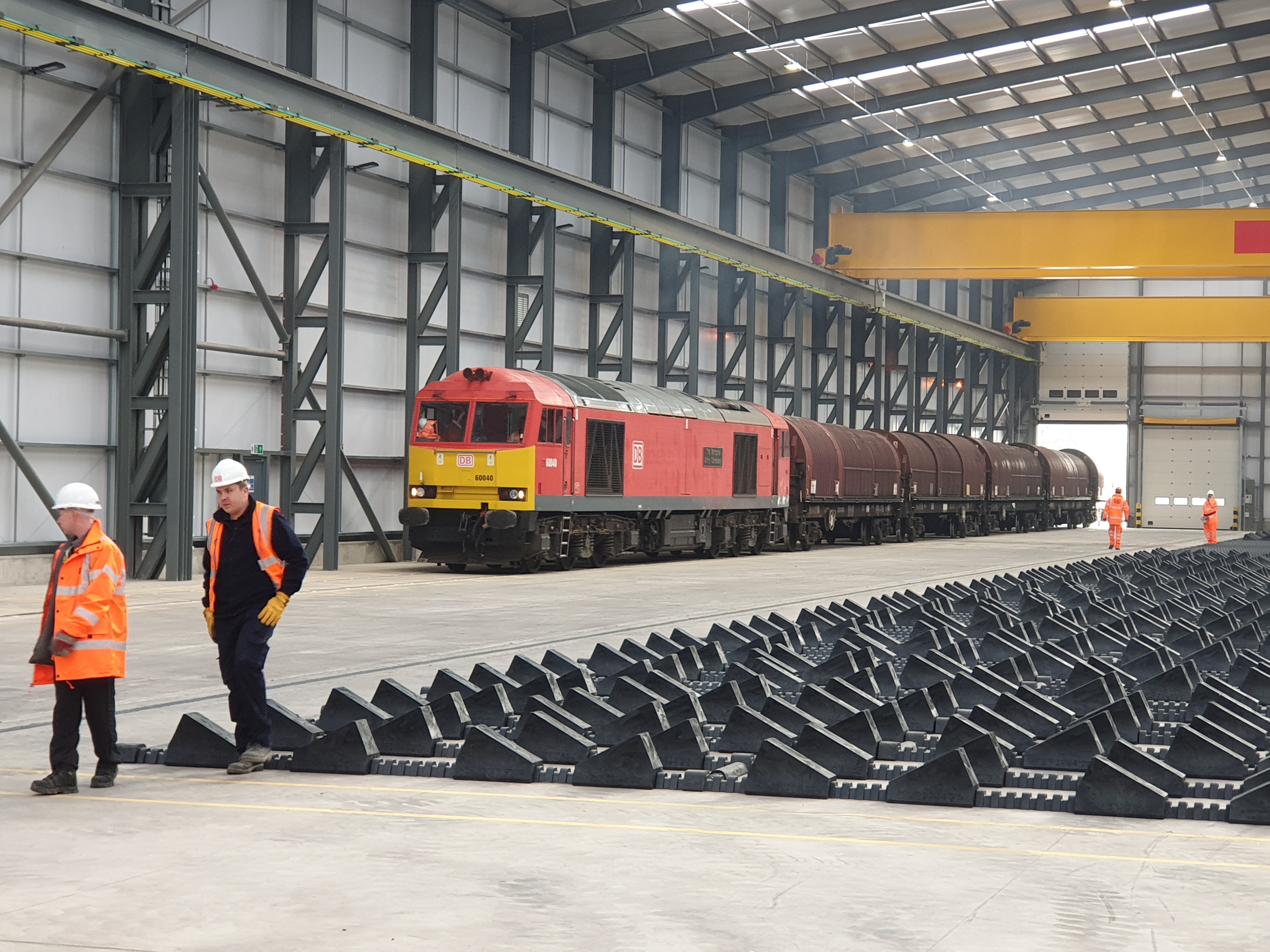 UK manufacturing will be given a major boost today with the opening of a Brexit-busting new £6m steel logistics centre in the West Midlands.

Over the past 12 months the German-owned freight operator, DB Cargo UK, has more than doubled the size of its existing facility in Knowles Road, Wolverhampton, which receives imported steel from as far afield as Holland and Sweden.

The £6m project is one of the largest investments in rail freight in the past five years and is seen as a major vote of confidence in the UK’s continuing ability to trade and attract inward investment post-Brexit.

The new state-of-the-art logistics centre will be used by some of the world’s biggest steel companies including ArcelorMittal, Tata Steel and SSAB; providing a major boost to local businesses that use their products in their manufacturing processes.

“This is a fantastic investment story for the UK. Despite all the uncertainty over Brexit, here you have a large German-owned company willing to invest significant sums of money that will greatly benefit British and foreign businesses.

“This investment demonstrates DB Cargo UK’s commitment to be the first choice for rail freight in the UK and our confidence in the resilience and sustainability of the international steel market,” he added.

DB Cargo UK is the UK’s biggest transporter of metal products and its Midlands investment will significantly strengthen the local steel supply chain.

“There is buoyant demand for steel from engineering and manufacturing firms in the area and we are delighted to be in a position to work with our customers to help meet this demand,” said Mr Werner.

The massive new rail freight centre stands adjacent to the West Coast Mainline, spanning 11,880m2 and with the capacity to store some 48,000 tonnes of steel - the equivalent of 3,324 coils.

The freight operator currently transports steel to the centre by rail from the ports of Immingham, Hull and Boston, where it is then unloaded before being transferred onto HGV’s for final delivery by road.

The steel is then used in the manufacture of a range of products including household appliances, heaters and cars.

“We are delighted DB Cargo UK has made this major investment in the City of Wolverhampton and expanded its business.

“It is yet another example of how businesses are thriving in the city and are delivering jobs for local people.

“There is currently £3.7 billion of investment on site or in the pipeline in the City of Wolverhampton, clearly making it the city of opportunity.”

Every train delivery to Wolverhampton will remove an estimated 76 HGV’s from Britain’s roads.