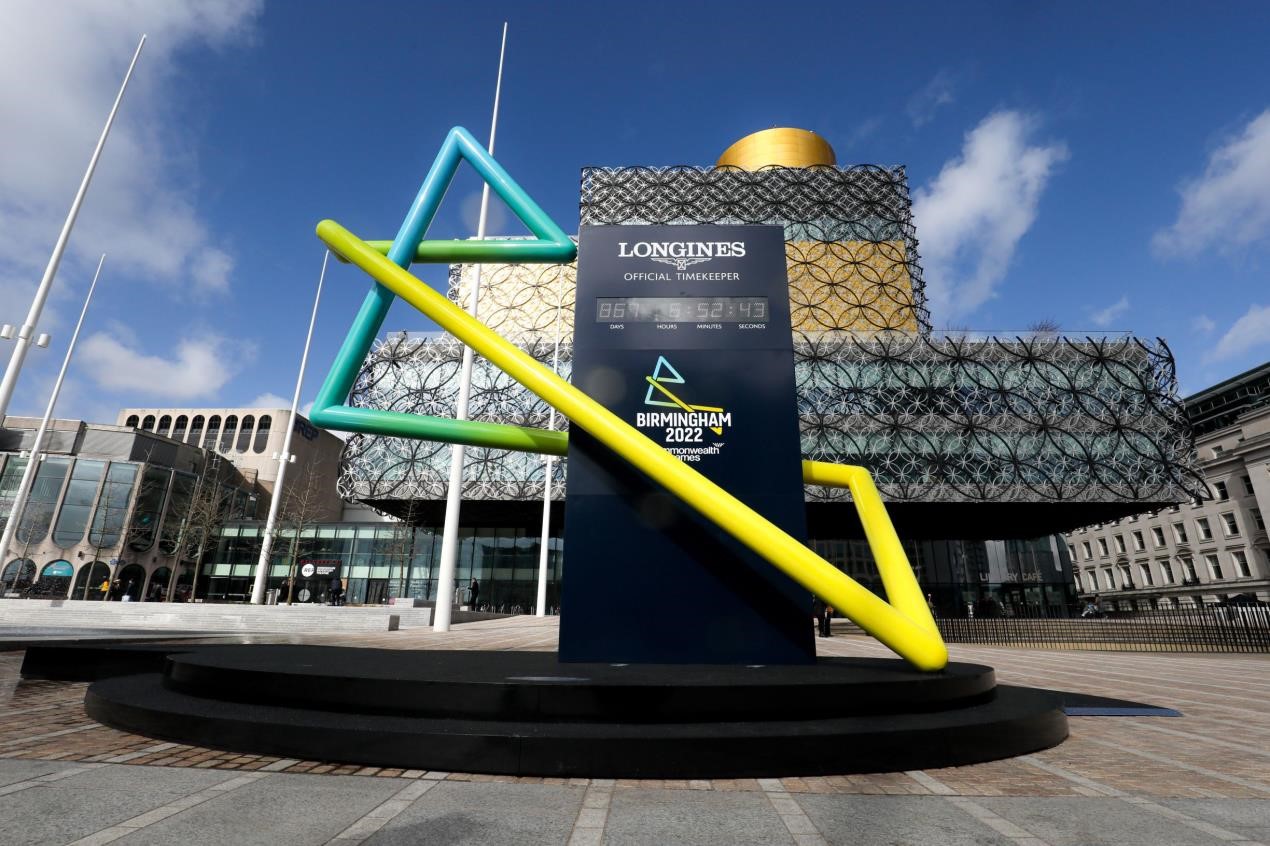 The daily schedule for the Birmingham 2022 Commonwealth Games has been released, with the organisers confirming which sports will be held on each of the 11 days of competition and urging fans to sign-up for ticket updates, as planning for the Games accelerates.

The first day of competition is packed with action and is set to feature an impressive 14 different sports. This includes Basketball 3x3 at the recently announced venue at Smithfield in the centre of Birmingham, Artistic Gymnastics at Arena Birmingham, and hockey and squash, which will take place at the University of Birmingham, unveiled last month as a major partner for the Games.

Women’s cricket T20, added to the programme in August last year, will be also begin at Edgbaston Stadium on Friday 29 July and the aquatics programme will start on the same day with the swimmers getting the action underway at the brand new Sandwell Aquatics Centre, which is currently under construction in Smethwick.

Netball, which will see Team England defending the gold medal they won in dramatic fashion at Gold Coast 2018, also begins at the NEC Arena on the first day of competition, with the final being held on Sunday 7 August.

The Games, the largest sports event to be held in UK since the 2012 Olympic and Paralympic Games, will feature 19 sports, with eight para sports integrated into the programme, creating the biggest para sports offering in Commonwealth Games history.

The unveiling of the new schedule confirms that there will now be two full weekends of competition, a move which is hoped will allow more than one million spectators to attend the biggest sporting event ever to be held in the West Midlands.

"The unveiling of the daily schedule marks another important milestone as we look towards the Games in 2022. It's great to see that for the first time ever at a Commonwealth Games, there will be two full weekends of sport offering more opportunities for everyone to experience Birmingham 2022."

“We’re extremely excited to be unveiling the daily schedule as we know that this will make the Games much more real for everyone, now that they can see exactly which sports will be taking place on each day.

“I’d like to thank all of the international and national governing bodies who have been working closely with us to ensure that we created an exciting schedule which also provides all competitors with the maximum period of recovery possible during what will be an action packed summer of sport in 2022.”

The main athletics programme at the redeveloped Alexander Stadium in the Perry Barr area of the city, won’t begin until day five of the competition on 2 August, therefore allowing additional recovery time for athletes who are also planning to compete at the World Athletics Championships in Oregon, which takes place earlier in the summer.

The track and field action will take place across six days with the number of sessions yet to be finalised. The marathon will be held earlier in the programme on 30 July, with the location of the start and finish and the route expected to be confirmed in 2021.

“My message to Commonwealth Sport fans around the globe is simple: Get Excited!

“Now is moment to visit the Birmingham 2022 website and sign-up for updates around tickets, volunteering and general opportunities to get involved in what will be one of the greatest sporting spectacles the country has ever seen.

“This innovative and exciting sports schedule highlights exceptional partnership working from so many stakeholders to ensure the UK stages a fantastic, celebratory summer of sport in 2022.

“The level of collaboration with the likes of World Athletics and UEFA has been unprecedented to ensure Birmingham 2022 retains a premium spot in an exciting period that will include the UEFA Women’s EURO in England and World Athletics Championships in Oregon.

The latest venues to be unveiled for the Games, West Park in Wolverhampton and St Nicholas Park in Warwick, will host the road cycling events on Thursday 4 August and Sunday 7 August, where as another stunning park in the region, Sutton Park in Birmingham, will host the triathlon competition on day one (29 July 2022) and day three (31 July 2022).

“With less than two years to go until the eyes of the sporting world will be on the city and wider West Midlands, the announcement of the daily schedule represents the passing of another significant milestone on the road to the Birmingham 2022 Commonwealth Games.

“A huge amount of planning and preparation has got us to this point – having this information on what will be happening and when, will help build interest and excitement amongst our residents and spectators – and start to focus the minds of the athletes and officials that we will be a proud Host City for in the summer of 2022.”

Coventry Stadium, which is set to host three sports, rugby sevens, judo and wrestling has a packed agenda, as it will see sports action on eight out of 11 days of competition and the NEC will be even busier, with badminton and table tennis, two of the four sports occupying halls at the exhibition centre, featuring on every single day of the Games.

Team England, will have high hopes of a flurry of medals on the final day of competition on Monday 8 August, with badminton, diving, hockey, squash and table tennis all featuring, sports which saw the host nation for Birmingham 2022 bag 26 medals at the Gold Coast edition of the Commonwealth Games in April 2018.

The closing ceremony for the Games will also be held on Monday 8 August 2022.

A more detailed version of the schedule, to include a session by session breakdown, will be unveiled in the coming months.

To find out more, visit www.birmingham2022.com where you can also sign-up to receive the latest updates about the Games and hear about tickets and volunteer opportunities first.