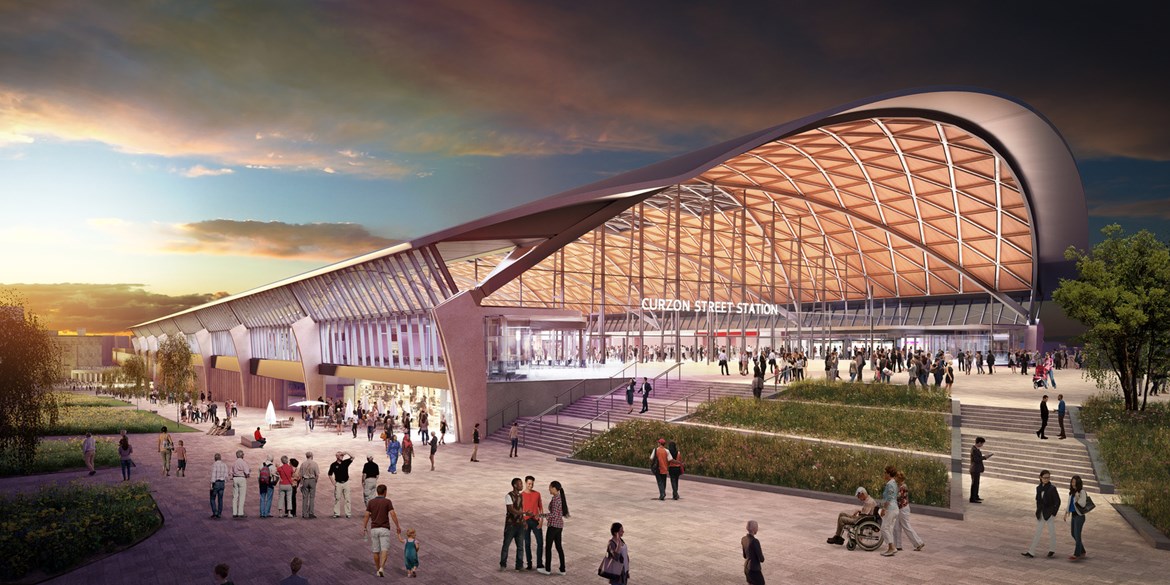 Members of the Czech Parliament, government and rail industry visited HS2 Ltd on a fact-finding mission as part of the Czech Republic’s preparations for new investment in its railways.

The team of 16 travelled from Prague to the UK and were keen to see HS2’s progress in Birmingham, where the development of Britain’s new high speed railway is already having economic impacts.

During their two-day visit the delegation was especially interested to see how HS2 has been planned in co-operation with regional transport bodies and city authorities to boost economic growth, city development and regeneration on the back of high speed rail investment.

Local economic plans show the creation of more than 100,000 jobs in the region and add £18billion a year to the Midlands economy as a result of the improved connectivity from these services.

To see the project's progress, the group called at the site of Birmingham's future HS2 station at Curzon Street to see how the UK’s investment in high speed rail is putting the city at the heart of the new national network.

“The Czech Republic is looking to make a long-term strategic national investment in high speed rail that’s driven both by the need to improve transport links and to fire its economy by transforming the opportunities for people to choose where to live and work.

“HS2 puts Birmingham at the heart of the network, with reliable and frequent services operating from Curzon Street. The journey time from Leeds will be halved, London will be as little as three quarters of an hour away, and journeys to Manchester will take just 40 minutes. It will be transformational for Birmingham and the whole country, so it was a pleasure to present our progress to our visitors from the Czech Republic.”