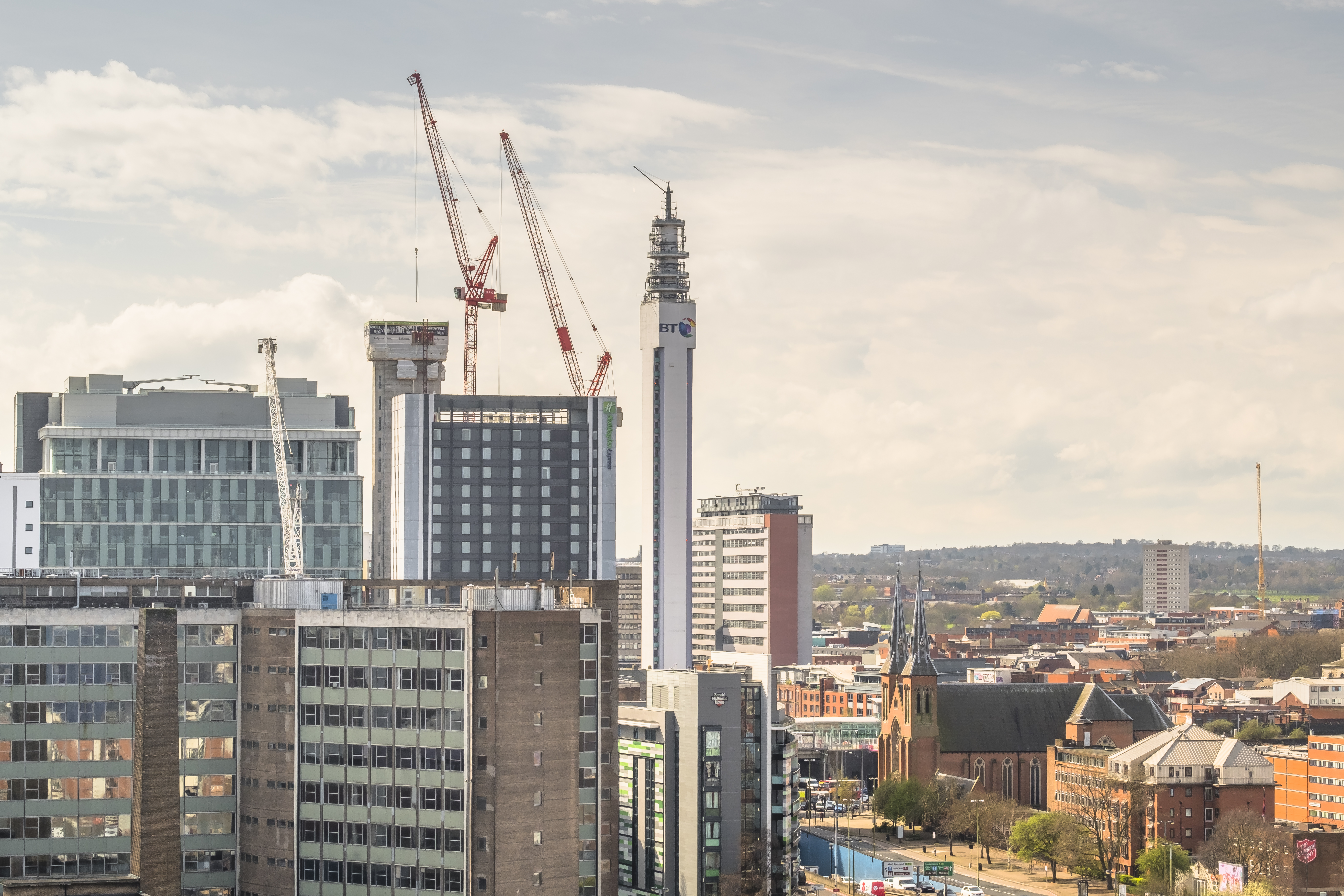 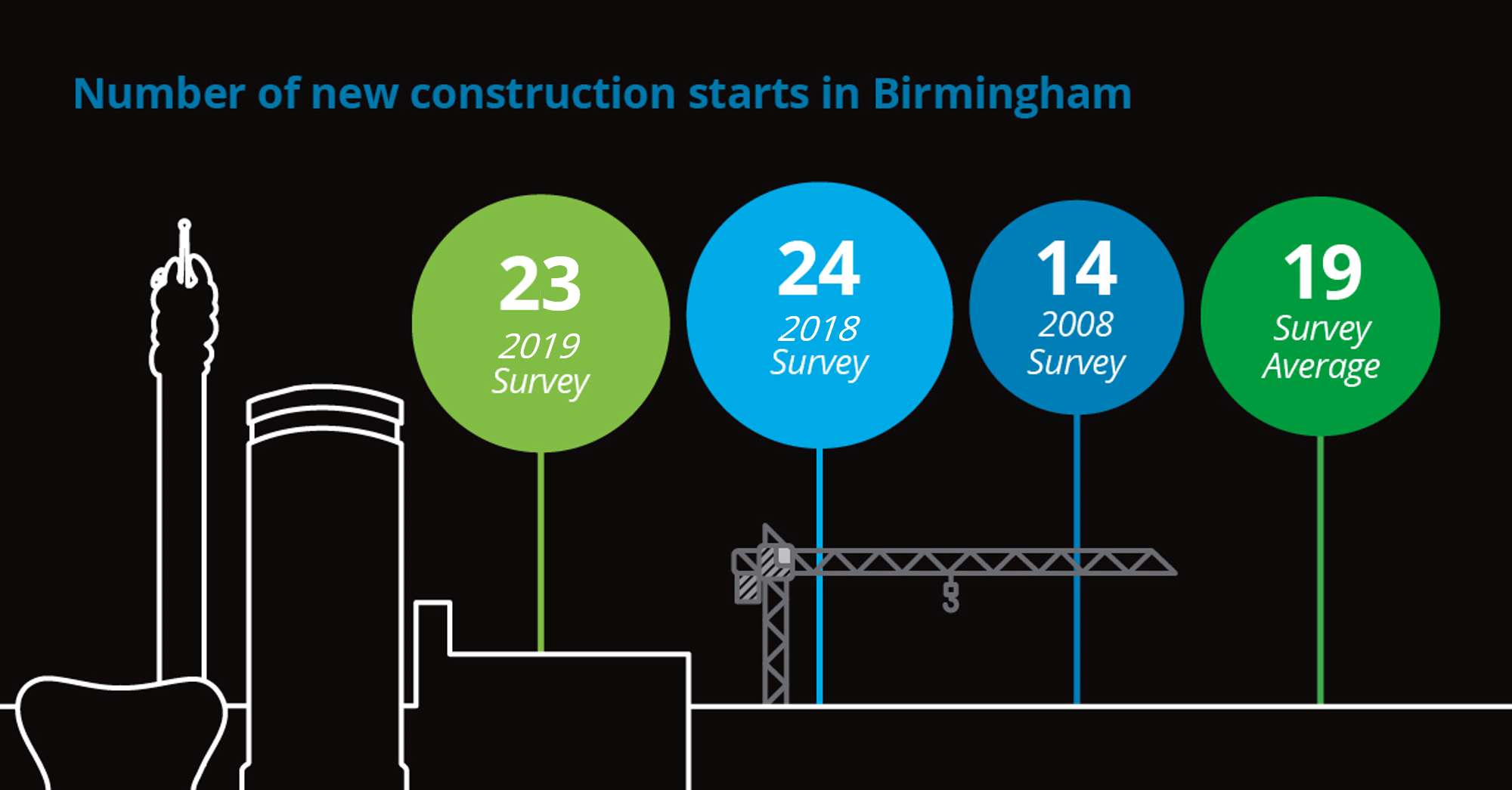 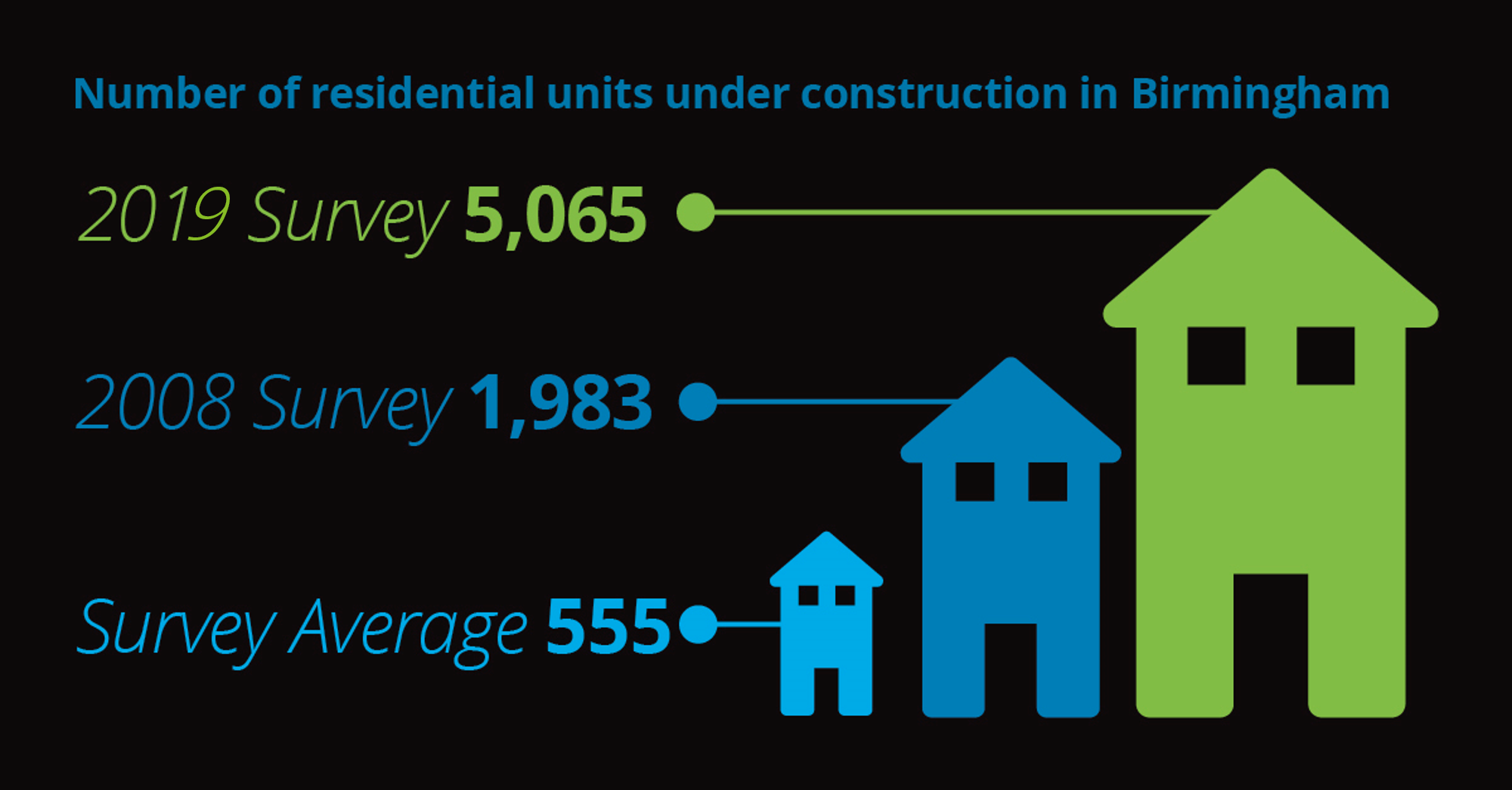 Developers and investors have continued to show confidence in Birmingham as it maintains record-levels of development across the city centre for the third consecutive year.

Residential and office schemes remain dominant as both domestic and foreign investors seek to be part of the resurgence within the city. Headline grabbing infrastructure improvements coupled with the unlocking of several major development sites means that the city has continued with record levels of development activity during the past 12 months.

This includes 13 major new residential schemes, taking the total to 20, and surpasses the record-breaking levels recorded in the 2018 report with 5,065 units currently under construction, up almost 25 per cent on the previous year’s figure.

“Residential development is on the rise and with it a renewed confidence in the city as business and investors look to relocate and invest in the city centre.

“Birmingham is thriving despite the economic landscape, buoyed by the enabling works taking place ahead of HS2 and preparation for the 2022 Commonwealth Games.

“Fast becoming a city of choice, Birmingham remains an attractive option for national and international relocations, underlined by recent statistics from the West Midlands Growth Company which recorded a thirteen per cent increase in FDI projects and forty-three per cent increase in the number of jobs created in 2017-2018 compared to the previous twelve months.

“The residential sector is responding to demand for city centre living and developers remain keen to secure key strategic sites as the competition for new entrants intensifies.

“The Westside quarter of the city remains popular with nine schemes under construction including Moda Living’s £183 million build-to-rent scheme which is set to become Birmingham’s tallest residential tower, rising to 42 storeys.”

Four new student housing schemes broke ground in 2018, equalling the number last year and taking the total number of bedspaces under construction to 2,667. 1,262 new units were delivered in the past 12 months with delivery rates expected to be similar in 2019, representing a significant increase in activity compared to the 10-year average of 657 bedspaces.

“Attracting and retaining talent is essential to the future prosperity of the city. A huge part of this is providing innovative, educational spaces and versatile student accommodation. Beyond this the city is being transformed and career opportunities are amongst the best in the UK.

“Birmingham City University’s extension to the Curzon B building is now complete. Aston University is also on track to complete its new student union building, with University of Birmingham also about to begin a refurbishment of the historic Three Centenary Square.”

Although the residential and student/education sectors continue to thrive, by contrast there were only two new starts in the office sector in 2018 with activity in the retail sector muted for the third year running with no new starts.

“2019 will see a record level of office completions with the potential for over 800,000 square feet of floor space being delivered from the 1.4m square feet under construction. However, the last quarter of 2018 was dominated by talk of the potential impact of Brexit and the levelling off of property values.

“This has seen some business relocation decisions delayed and only time will tell what impact this will have in the sector as rising construction costs, uncertainty surrounding the import of steel, dwindling skills and labour shortages will all have an impact,” says Bray.

Of the total office space under construction, approximately 33% is pre-let, down from 49% in 2017, suggesting there is short-term caution in the occupier market.

Despite the absence of new pure retail space in development, there is still a large amount of floorspace under construction as part of residential, office and mixed-use schemes.

“Both Paradise and Exchange Square are two great examples of how Birmingham is reforming to meet changing consumer retail habits. Difficult trading periods on the High Street amplifies the change of consumers spending habits towards online and whilst we are losing the more traditional retail-only model, the move towards a leisure and retail joint offer is in-line with the requirements of city centre living,” says Bray.

One of the biggest changes on the horizon for central Birmingham is the proposed re-purposing of the House of Fraser department store in the city centre which could potentially include a hotel and office accommodation.

“Although the latest survey shows a shift in focus, investment since the Referendum vote to leave the EU in June 2016 has not dropped, but has been re-directed to meet the needs of the city.

“The announcement of Lend Lease as the preferred developer for the £1.5bn mixed-used Smithfield scheme is the latest in a succession of transformational developments and coupled with ongoing major projects such as Paradise, Arena and Snowhill the outlook is really positive going into 2019,” adds Bray.