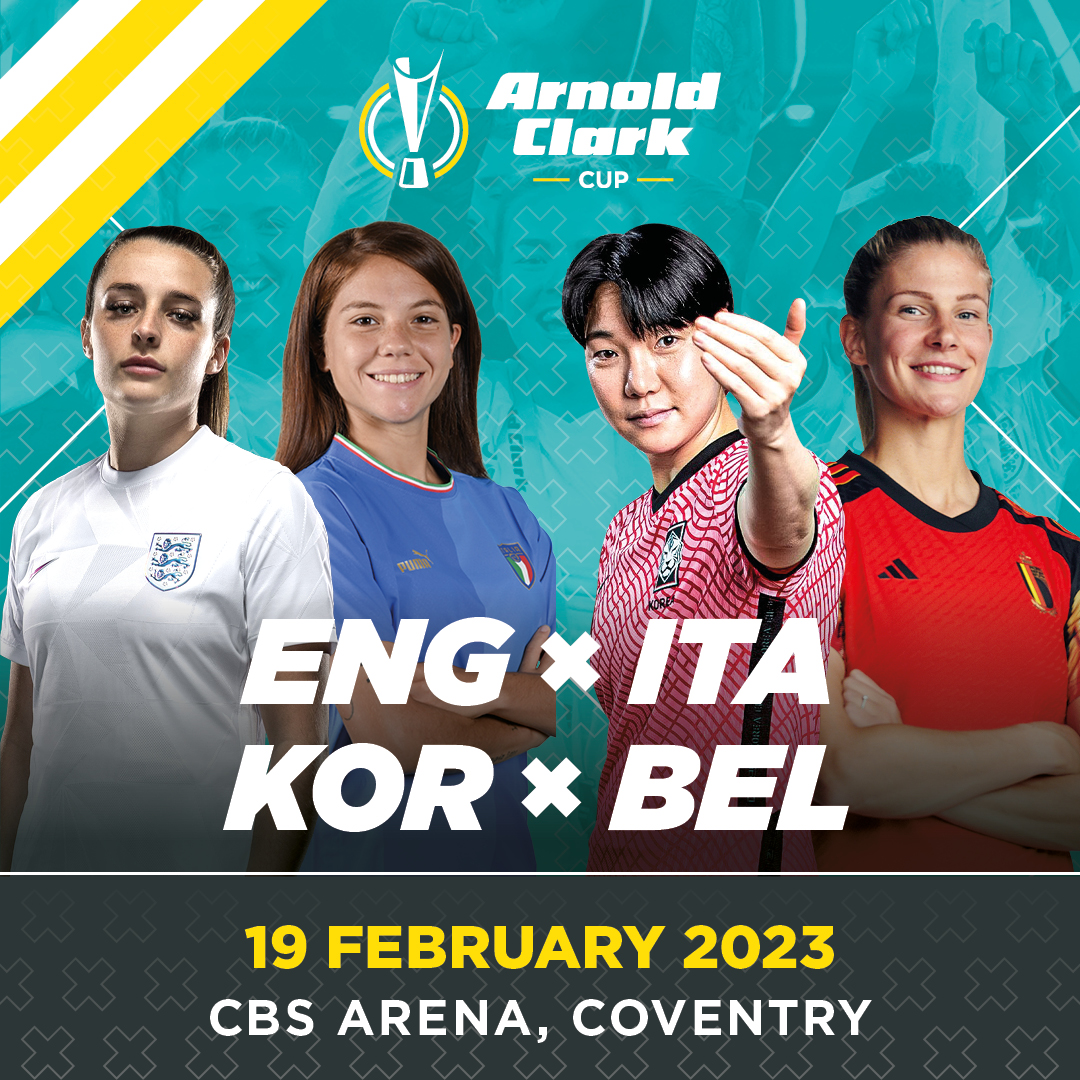 Belgium will take on South Korea in the second match of the double-header, with fans able to see both matches on the same ticket. Tickets can be purchased here and start from just £10 for adults and £5 for concessions.

The double-header at CBS Arena will take place between match days at Stadium MK (Milton Keynes) on 16 February and Ashton Gate Stadium (Bristol) on 22 February, with more than 30,000 tickets already sold across the two venues.

As one of the last opportunities to see England ahead of the 2023 FIFA Women’s World Cup, tickets for CBS Arena are also expected to be snapped up quickly.

“We are thrilled to be hosting this major international tournament at a time when women’s football continues to go from strength to strength – as the impact of the Lionesses’ triumph last summer continues to be felt far and wide.

“Attracting the Arnold Clark Cup underlines CBS Arena’s credentials as one of the UK’s leading sporting venues, and we can’t wait to welcome players and fans for two great matches.”

England fans will be able to watch every match live across ITV, and can follow tournament updates at: @arnoldclarkcup / #arnoldclarkcup