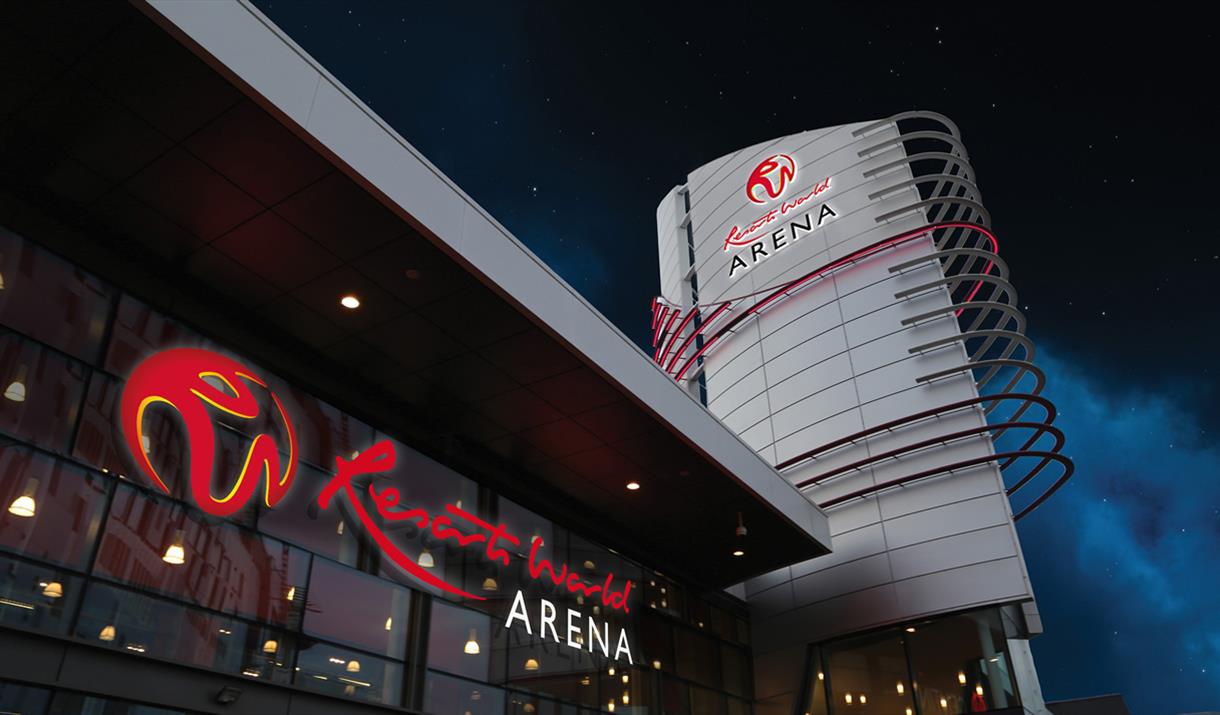 Birmingham has staked its claim to host the 2023 Eurovision Song Contest at Resorts World Arena.

The venue is ready to host next year’s show after clearing the required dates in its diary to accommodate the prestigious event.

The city is no stranger to the Eurovision Song Contest having hosted the last event of its kind on UK shores back in 1998, at the NEC Group’s then National Indoor Arena (NIA), now Utilita Arena Birmingham.

Resorts World Arena has a strong track record in hosting major televised events and awards ceremonies in recent years, having previously staged BBC Sports Personality of the Year in 2010, 2016 and 2018, as well as the BBC Music Awards in 2015.

The venue was also chosen to host ‘Concert for Ukraine’ on 29th March 2022, broadcast live on ITV, bringing together some of the world’s biggest artists to help raise a staggering £13.4 million for the Disasters Emergency Committee’s Ukraine Humanitarian appeal (DEC).

“To host such an iconic event would be a tremendous honour for our city, especially in light of such a difficult and challenging time for Ukraine.

“Our hearts go out to them and as a city we are eager to lend our support in any way that we can. The Concert for Ukraine, held at Resorts World Arena back in March, really showed how music can unite us even in the most uncertain and troublesome of times.

"We're ready to step up to the occasion for the people of Ukraine and make music fans from across the world proud.”

“Birmingham and the NEC Group would, once again, be honoured to host Eurovision. There's no better venue in the country to do this than Resorts World Arena, with our 40-year history of hosting world-class live events.

“Situated on the NEC Campus, we have unrivalled transport links and on-site accommodation, plus technical broadcast capability which is known and been used by the major television broadcasters. We also have all the necessary facilities to turnaround and host major televised live music events at pace, demonstrated at the Concert for Ukraine earlier this year.”

“The news that Eurovision 2023 could be held in the UK on behalf of Ukraine presents a great opportunity for the West Midlands to shine. Not only are we one of the most diverse regions across the whole of Europe, but we also have a proud history with this much-loved song contest, which has become a fixture of cultural life here and on the continent.

“The last time the UK hosted Eurovision it was right here in Birmingham, and so there is absolutely no reason our city and the wider region cannot host this extravaganza again. I will personally be making contact with the Director General of the BBC, who has spearheaded their recent significant investment into Birmingham, to see how we can best take this forward.

“In the NEC, we have a world class venue and live events partner and it goes without saying that our local residents are sure to offer a very warm welcome, so we have all the ingredients to make this a tremendous success.

“With the West Midlands playing host to the Birmingham 2022 Commonwealth Games this summer, we are well placed to continue that momentum and move seamlessly from one international gathering to another the following year.”