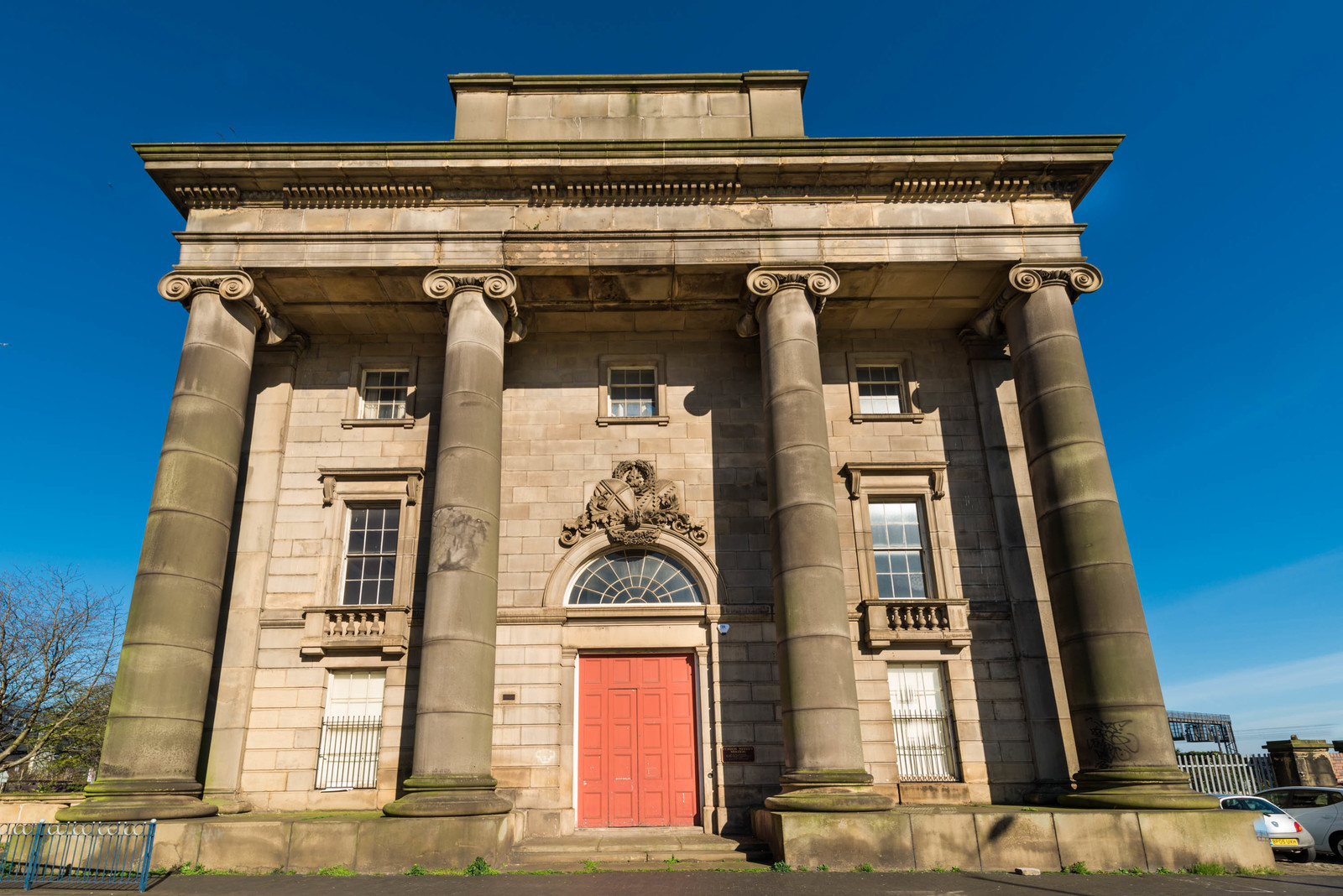 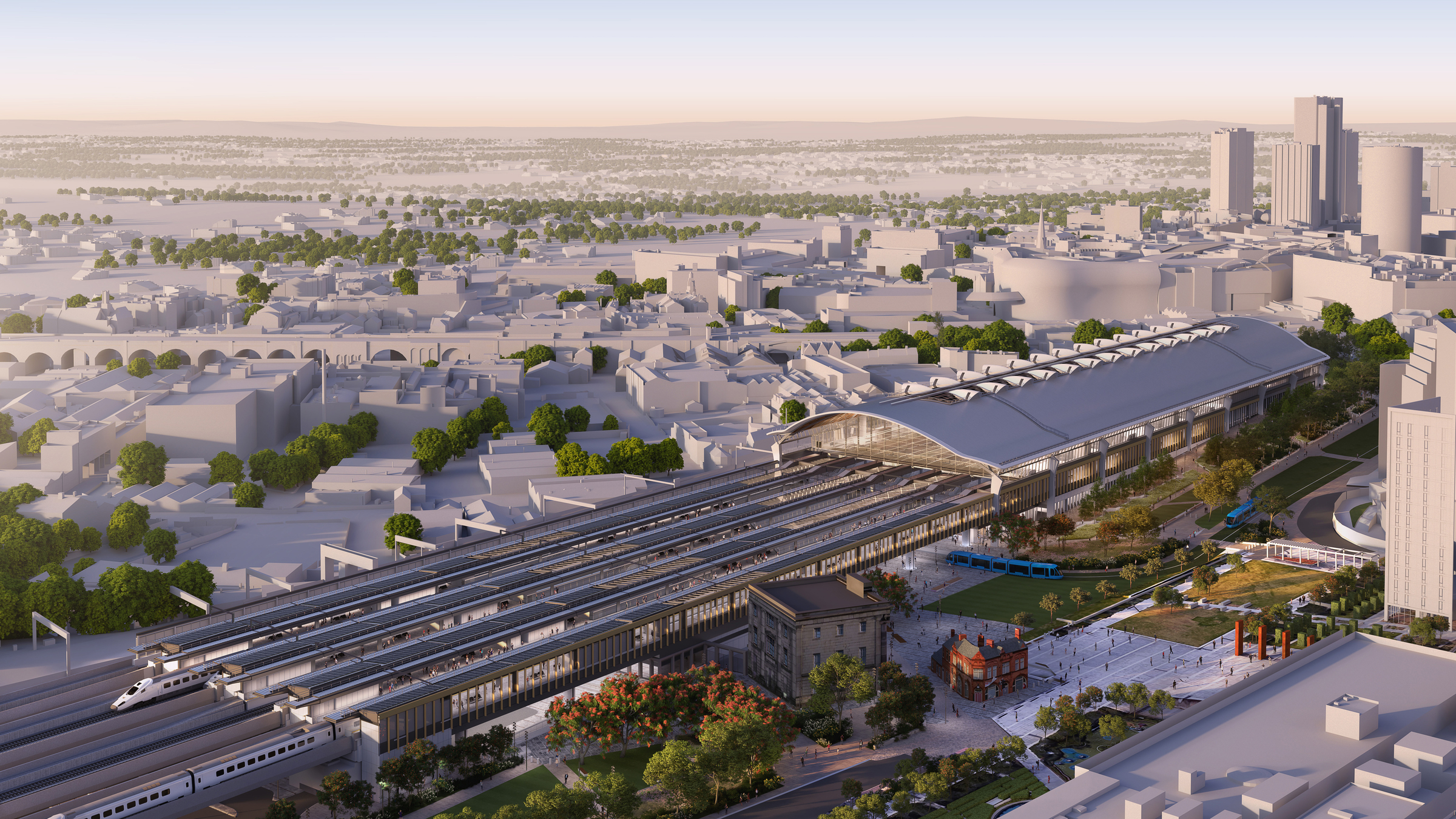 One of the world’s oldest surviving pieces of monumental railway architecture to be preserved and enhanced in new HS2 Curzon Street Station.

HS2 has received the go-ahead from Birmingham City Council to begin the transformative refurbishment of the Old Curzon Street Station, marking the next phase of work around the new high speed terminus in central Birmingham.

The agreement with the Council who own the building, enables a long-term lease by HS2, with work due to start on the major revamp early next year by HS2’s enabling works contractor LMJV (Laing O’Rourke and J. Murphy & Sons).

The Grade I listed building has been integrated into HS2’s plans for the new Curzon Street Station, which provide an enhanced setting to reflect the history of the old station as well as the Grade II listed Woodman pub. The public space surrounding the station will feature the historic track alignments of the former goods yard that used to lie to its east, and the gardens and new eastern concourse façade have also been designed to complement the architecture of the building. HS2 enabling works contractors LMJV are now ready to start a 12 month programme of work in early 2021, overseen by a conservation specialist.

The building was designed by the notable architect Philip Hardwick and opened in 1838, and is now one of the world's oldest surviving pieces of monumental railway architecture. It was intended to be the boardroom and general offices of the London and Birmingham Railway but was extended to incorporate a hotel by 1841, then turned into a goods station for freight traffic between 1854 and 1860 and subsequently closed on 31 Dec 1965.

Having suffered extensive damage during the Birmingham Blitz, and surviving two applications for its demolition in the 1970s, it is now listed on the ‘Heritage at Risk Register’ maintained by Historic England. The refurbishment will see this status change for the first time in over a decade, with future plans to use it as an HS2 visitors centre, with flexible facilities for office space, exhibition purposes and catering.

“We’re extremely pleased to get the go-ahead to start work on restoring this fabulous old building, and we’re grateful to Birmingham City Council for their help in developing these designs.
“HS2’s Curzon Street Station will be the first brand new intercity terminus station built in Britain since the 19th century, and will play a vital role in our regional economy while preserving this important piece of Birmingham’s history.”

"This is an important milestone in the transformation of this amazing old building and the new Curzon Street Station will be one of the real show pieces of the entire HS2 network.

"High speed rail is a game-changer for Birmingham and the wider West Midlands, bringing jobs, homes and opportunities to our city region and for the HS2 Generation - the young people currently growing up across the city - this project will shape their lives and careers."

The refurbishment will be undertaken by infrastructure specialists KN Circet, who have offices in Solihull in the Midlands. The work will include a new steel structural frame to strengthen the building, a new lift giving access to all 4 levels, new glass balustrade for the historic staircase, internal fit-out, roof repairs and structural repairs to the external masonry.

KN Circet, trading as KN Network Services Ltd, has carried out heritage restoration projects across the UK railway network predominantly in London and the South East. The company has won and been nominated for railway heritage awards for façade works at Lambeth North, South Kensington and Great Portland Street London Underground stations, and have also carried out façade works at Victoria Station and Waterloo Station for Network Rail.

“The Old Curzon Street Station has a fascinating history, and as a Grade 1 listed building it’s deemed to be of exceptional interest and is therefore classified as one of the most important buildings in England. It was the first railway terminus serving the centre of Birmingham and built during a period of great significance and growth for the city.

“Earlier this year, we unearthed what is thought to be the world’s oldest railway roundhouse situated adjacent to the Old Curzon Street station, and built to a design by the 19th century engineer Robert Stephenson. It’s fantastic that we can preserve the heritage of such an important building as part of the legacy of HS2.”

Planning applications for the new Curzon Street Station were approved by Birmingham City Council’s planning committee in April 2020, with the Council’s report concluding the station design “is truly world class”.

Eventually, there will be nine trains per hour running in each direction from the station.

The Curzon Street Masterplan outlines proposals for 141 hectares of regeneration, along with £724m million in investment into the surrounding area. It envisages the creation of 36,000 new jobs, 4,000 new homes and 600,000 square metres of commercial development.