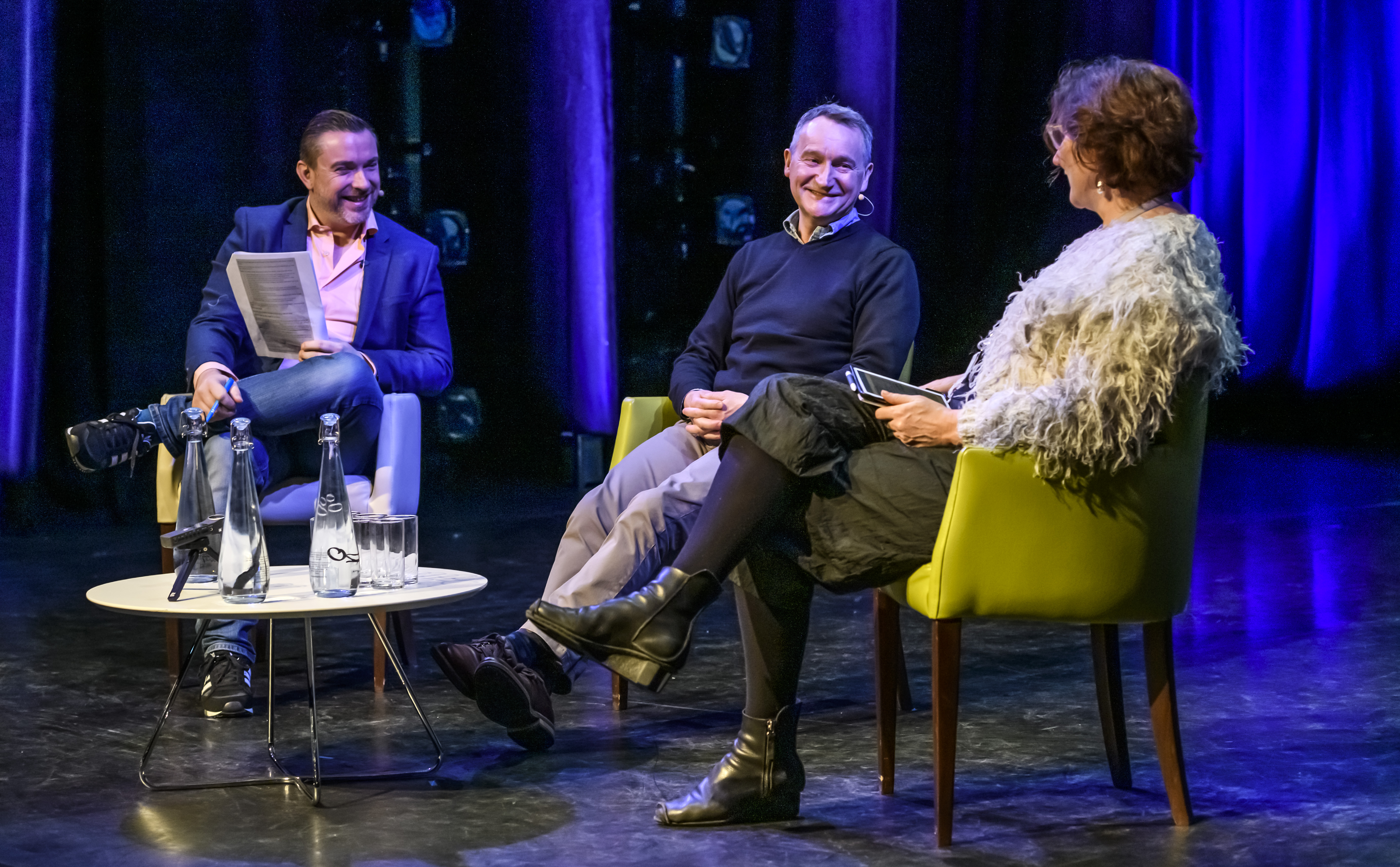 Birmingham Hippodrome kicked off its 120th birthday celebrations at a Season Taster event this week, which featured a selection of guests from its diverse upcoming season, a sneak preview of some 120 year highlights and a new birthday visual identity.

2019 marks 120 years since there has been an entertainment venue on the Hippodrome site, from its origins as a circus, through variety to become one of the UK’s busiest theatres. The new birthday strapline “then, now, always” celebrates the rich heritage of the theatre, and looks forward towards the Hippodrome’s future.

On arrival, guests were treated to food tasters from the theatre’s Circle Restaurant, before entering the Patrick Studio for a special performance from Birmingham Royal Ballet’s (BRB) Beauty and the Beast with Tyrone Singleton and Delia Matthews. This was followed by an interview with outgoing BRB Artistic Director David Bintley, who discussed the highlights and achievements of his 24 years in the role.

Other guests included Sam Hiller, Deputy Associate Director of Les Misérables, Hippodrome Associate Artist Sonia Sabri discussing her new work for families Same Same But Different (commissioned by the Hippodrome) and a video message from Matthew Bourne, who has both Swan Lake and Romeo & Juliet in residence at the theatre this year. There was also an exclusive announcement that Priscilla, Queen of the Desert would be coming to the theatre for the first time in April 2020, co-produced by Jason Donovan and starring Strictly Come Dancing winner Joe McFadden.

The evening concluded with a spotlight on one of the major highlights of the 120 celebrations, the Hippodrome’s first ever co-production on its main stage, The Color Purple. Fiona Allan and Director Tinuke Craig discussed their excitement at this new interpretation of the musical, co-produced with Curve Leicester.

Other 120 year highlights revealed included:
•    Dressing the Hippodrome building in birthday style and themed visual arts exhibitions
•    120 free tickets for selected performances to local charities and community groups
•    A very special birthday moment during the annual Summer in Southside family festival
•    Creating 12 Hippodrome Ambassadors of performers, supporters and partners
•    A commemorative book celebrating 120 seminal moments at the theatre
•    Hosting a glitzy birthday gala in June
•    A special birthday party in October to celebrate the date of the very first circus opening on the site back in 1898
•    First ever community performance of West Side Story on the main stage featuring young people from across the region

“It was great to inject our regular Season Taster complete with wonderful performance and guests, with a bit of 120 sparkle!  To mark this special anniversary, we’re planning a whole year of celebration and birthday activities, across the whole range of our programme: festivals, exhibitions, theatre events and even a unique fundraising gala evening incorporating dinner seated on the stage. We intend to connect with audiences who have loved and supported the Hippodrome across the years and helped us become the success we are today, as well as have lots of opportunities to throw open our doors to newcomers.

"It’s particularly thrilling to celebrate our 120th year with our first ever professional co-production on our main stage, a brand new production of musical The Color Purple, to be directed by Tinuke Craig.  And also to announce our first youth community production, West Side Story, which will give dozens of young people from across the region the opportunity to experience performing on the Hippodrome stage, as so many famous performers have over decades of Hippodrome history.”