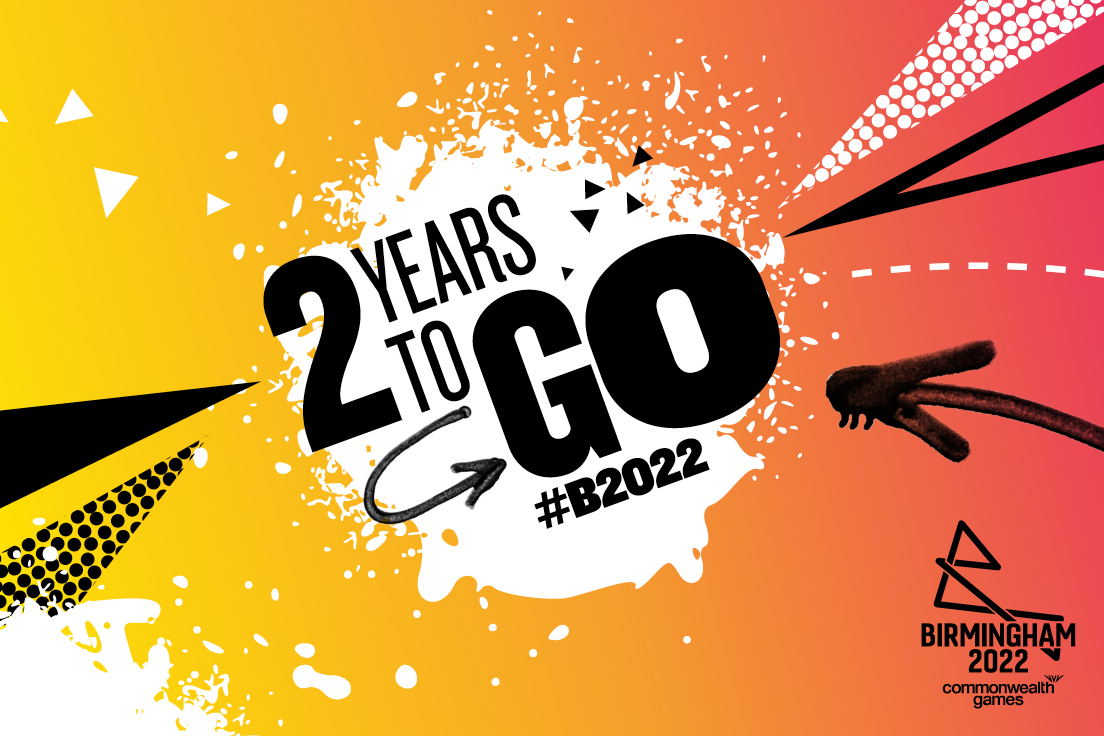 In exactly two years’ time, the Birmingham 2022 Commonwealth Games will begin, and organisers are marking this major milestone on the countdown to the Games by unveiling Smithfield, with its impressive city-scape backdrop, as the chosen location to create two bespoke arenas side by side to stage the 3x3 basketball and beach volleyball competitions.

Smithfield, previously the site of Birmingham’s Wholesale Markets, is located at the heart of the city centre and will be a crucial venue, for the host city, creating an urban hub that’s just a short walk from Birmingham’s famous Bullring shopping centre, with views of the Rotunda and Selfridges building.

The new venue announcement has been warmly welcomed by the sports that will play there, and comes on what would have been the fourth day of sporting action at the Tokyo 2020 Olympics, with the prospect of a major multi-sport home Games providing a positive point on the sporting horizon for Team England hopefuls to set their sights on over the next 24 months.

Temporary courts for the two sports have been set up at the site as part of the two years to go celebrations, giving current and future stars of both sports, and young basketballers from the City of Birmingham Basketball Club the first chance to try out the location and to provide just a flavour of the sporting action that spectators can expect in 2022.

Nigel Huddleston, Minister for Sport, Tourism and Heritage, who is visiting the site today, said:

"2022 will be a fantastic year of celebration for the UK, with a number of major events including the Queen’s Platinum Jubilee and Festival 2022.

“With two years to go until Birmingham 2022, we've reached another major milestone. The site at Smithfield will be right at the heart of that, acting as a powerful focal point in making this a Games for everyone and helping to create a real buzz in the heart of the city.”

Birmingham 2022 finalised using the Smithfield site after working closely with the host city and the national governing bodies and international federations for the sports.

“Today marks exactly two years to go until the official opening ceremony for Birmingham 2022 and we’re on track with our plans to host a spectacular event which will not only put Birmingham and the West Midlands centre stage but will also be an integral part of the region’s recovery plan following the global pandemic, bringing jobs for local people and contracts for local businesses.

“Smithfield is a fantastic location for these two sports, allowing us to bring together thousands of local people and spectators from further afield and enabling us to create a key hub for the Games in the heart of the city centre. It’s currently a blank canvas which will allow us to transform this location into a vibrant venue for two exciting sports that will no doubt bring a festival atmosphere to the Birmingham 2022 Commonwealth Games.”

The 3x3 version of basketball is making its debut as a Commonwealth Sport in Birmingham. It will also be the first time that wheelchair basketball in any format has featured at a Commonwealth Games, a sport which is expected to be one of the highlights of the integrated para sports programme – the biggest in history for the multi-sport event, with eight sports set to feature at Birmingham 2022.

Beach volleyball will be making its second appearance at a Commonwealth Games after the sport was added to the Birmingham 2022 programme last summer. The Smithfield site, at the heart of the landlocked city of Birmingham, will provide an interesting contrast to the sport’s first Commonwealth Games appearance on Australia’s Gold Coast, however organisers revealed that its popularity with a younger audience was one of the main reasons for choosing to add the sport, identifying this as a good fit for a city that is one of the youngest in Europe, with 60% of its residents aged 30 or under.

“We are delighted to be able to make available a prime piece of city centre land in the council’s ownership as a Commonwealth Games venue – making it a focal point of Games-related festivities in the city in the summer of 2022.

“It offers a stunning backdrop that depicts the very best of Birmingham’s past, present and future, showing off a key part of the city’s skyline to a massive global audience.

“And for the people of Birmingham, the Games-time plan gives a fantastic purpose and use to this land before we bring forward our plans to redevelop the site into a thriving hub of residential, commercial and leisure developments, including a new home for our retail markets.”

The Commonwealth Games Federation is also joining the other Games Partners in celebrating the countdown to Birmingham 2022 and CGF President, Dame Louise Martin DBE, said:

“Today marks two years to go to the Birmingham 2022 Commonwealth Games. It only feels like yesterday that the Commonwealth Games Federation awarded the city the right to stage the XXII edition of the competition, when in reality, that announcement was back in December 2017!

“Birmingham and the West Midlands are making excellent progress towards staging a fantastic competition for athletes, fans and spectators, alike, across the Commonwealth.

“Birmingham is one of the most culturally diverse cities of the UK, home to 187 nationalities which makes the 2022 Commonwealth Games really feel like a home Games for all of our 71 nations and territories. It is truly a Commonwealth city. We are looking forward to welcoming the world to the West Midlands in just two years’ time.”

More information about all of the venues for the Birmingham 2022 Commonwealth Games, which are located in the host city and across the West Midlands region, is available at www.birmingham2022.com where you can also sign-up to receive regular updates about the Games over the next 24 months.