Birmingham 2022 Celebrates Three-year countdown to ‘The Games For Eeveryone’ 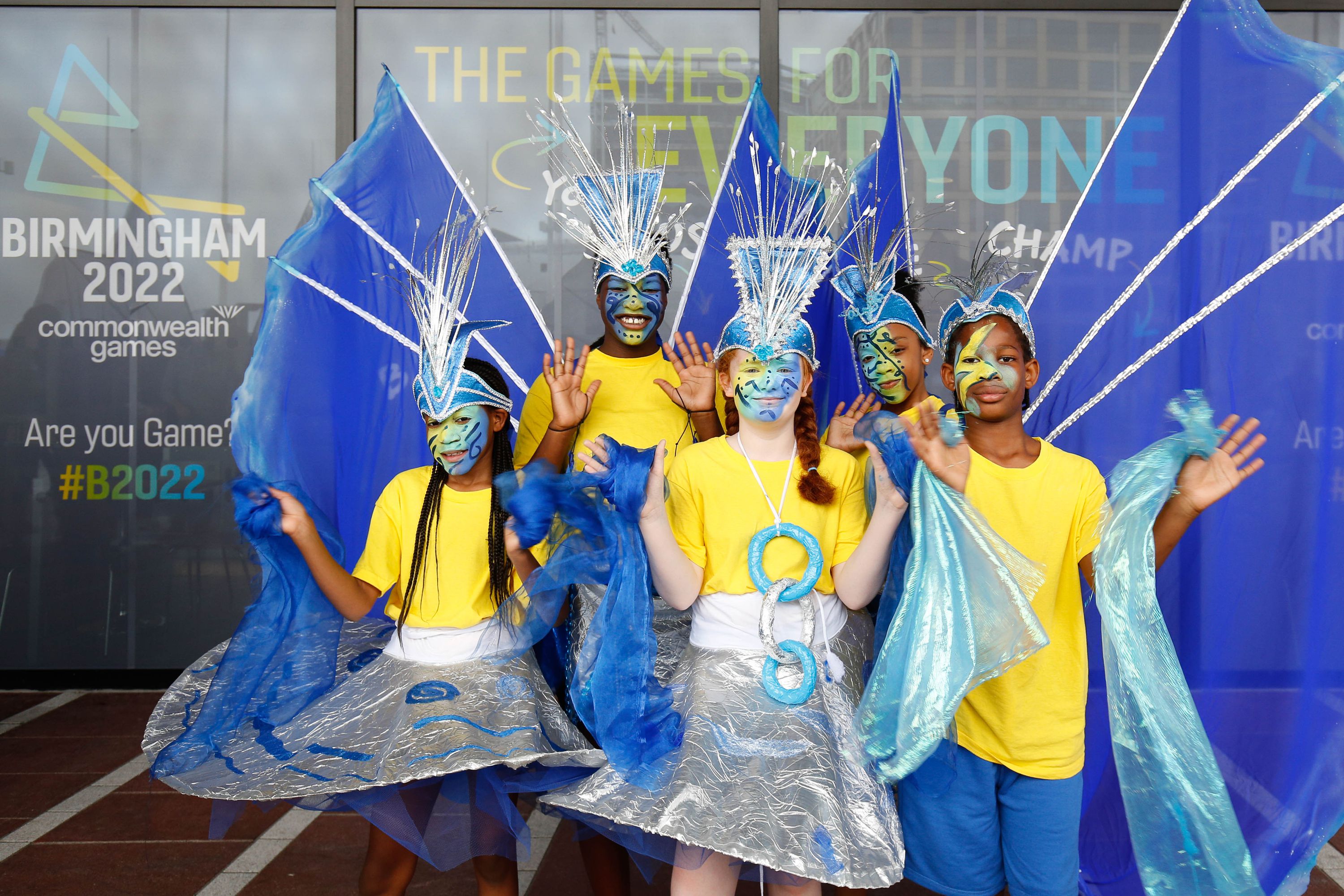 BIRMINGHAM, 27th JULY 2019 – With three years to go until the official opening ceremony for the Commonwealth Games, Birmingham 2022 has announced today its commitment to organising a ‘Games for Everyone’, that enables the city and the West Midlands to take advantage of the most significant opportunity it has ever had to showcase the region to a global audience.

To provide a taste of what’s to come in 2022, as well as unveiling the new brand and vision for the Games, a free community festival of sport, culture and food – the Commonwealth Social - will see thousands of residents coming together with Team England athletes, local business and community leaders, and Games representatives, to celebrate the countdown to the Games.

In 2022 the Games will see 6,500 athletes from 71 different nations flocking to Birmingham and the West Midlands, to rewrite the region’s sporting history but Birmingham 2022 is already proving to be a catalyst for transformation across the West Midlands, attracting new investment and funding, creating jobs and apprenticeships for local people and new opportunities for local businesses, as well as accelerating projects that will ensure the region is ready to host a world-class celebration of elite sport and dynamic and innovative culture.

“On this day, in three years’ time, millions of people from across the globe will join us in celebrating the opening of the Birmingham 2022 Commonwealth Games, which is why it will provide a once-in-a-lifetime opportunity to truly put this city and vibrant region on the map.
“The idea behind today’s Commonwealth Social event is that we wanted to celebrate this major milestone and to give people an indication of what to expect in three years’ time when the eyes of the world will be focused on Birmingham and the West Midlands region.

“Just like the Games, sport is at the heart of today’s event, but Birmingham 2022 will also be a showcase for everything that’s great about this region; the culture, the food and, most importantly, the people that live here. We’re creating the Games for everyone and we’re already collaborating with local people to help make that vision a reality.”

The setting for today’s Commonwealth Social, Birmingham’s newly redeveloped Centenary Square, is just a stone’s throw from Arena Birmingham, the venue for gymnastics during the Games and local gymnast, Team England’s Dominick Cunningham, is delighted to be attending today’s festivities.

"It's so exciting that it's now three years to go until the Commonwealth Games come to Birmingham, my hometown. Competing for Team England in Australia last year was an amazing experience and to get to do that again in front of a home crowd full of all of my friends and family would be a once-in-a-lifetime experience. I’m not stopping now, I want that gold for Birmingham!”

With so many people gathering together, today’s Commonwealth Social was identified as the perfect opportunity to introduce the new Birmingham 2022 brand, which was co-created with people from the region through a series of roadshows, workshops, focus groups and conversations held last autumn and winter.

The brand connects key West Midlands destinations - many of which will host events during the Games - bringing their locations together to create a truly unique ‘B’ shaped design.

The new logo has in fact been the subject of speculation in the West Midlands this week, after a series of mysterious tape art installations appeared across the region without explanation, but today it was finally revealed that Birmingham 2022 was behind this artwork, after a giant installation at New Street Station was unveiled this morning.

Birmingham 2022 is already demonstrating its commitment to involving residents across the region in everything they do and its recent research project, Common Ground, has visited communities across the West Midlands, speaking to people about how they think the Games can transform the region and the lives of people that live here.

Local people will also feature in a new advertising campaign, launched today to raise awareness and excitement for the Games. The adverts put local people at the heart of Birmingham 2022 and will be appearing across the city and online.

“With three years to go to the Opening Ceremony of the Birmingham 2022 Commonwealth Games, the excitement is already palpable.

“Preparations are well underway for the delivery of a spectacular multi-sport event for the people of Birmingham, the West Midlands, England and the Commonwealth.

“Launching the new brand on this special day will also ensure the identity of Birmingham 2022 Commonwealth Games lasts forever.

“I do hope that everyone who is able will join in the celebrations at the Commonwealth Social in Birmingham’s iconic Centenary Square. Enjoy!”

"With three years to go until Birmingham 2022, this event marks an important milestone in the lead up to what will be a fantastic Games.

"It is great to see people are coming together to celebrate this moment. Harnessing this kind of strong community spirit will help us showcase the best of Birmingham, the West Midlands and our entire country when we welcome our friends from across the Commonwealth to the Games."

“With just three years to go, we are at the point when everything about the Commonwealth Games is becoming much more tangible.

“The council-led projects that are enabling the Games, including the development of the Commonwealth Games Village and refurbishment of the Alexander Stadium, are progressing on budget and on schedule, with activity set to significantly increase in the coming months.

“Enthusiasm and interest in Birmingham 2022 is bubbling and will continue to grow as we get even closer to the staging of the biggest event in the city’s history and the long-term benefits the city and its people will gain in the years to come.”

To get the latest information about the Birmingham 2022 Commonwealth Games, visit the new look website at www.birmingham2022.com where you can sign-up for news updates and register your interest in volunteering at the Games.