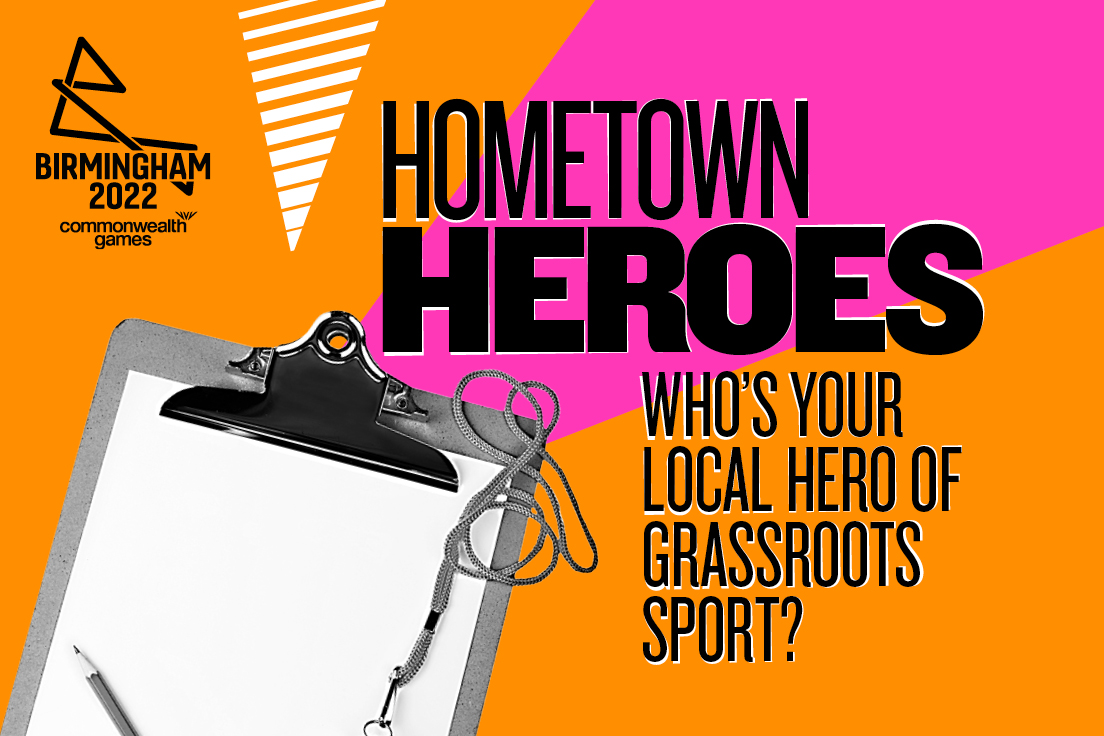 The Birmingham 2022 Commonwealth Games has today started a search for Hometown Heroes - inspirational local stars of community sport in the West Midlands – to be the faces of an upcoming advertising campaign.

Organisers are asking people to nominate those who deserve to be recognised for making a difference to their communities by dedicating their lives to grassroots sport.

Nominees could be an inspiring coach, dedicated volunteer, courageous player or diehard supporter, or anyone who’s had a real impact on their sport club, team or facility.

Nominations are open now at www.birmingham2022.com/hometownheroes - the best will be chosen to feature on billboard adverts across the region in 2021, as the countdown to the Birmingham 2022 Commonwealth Games begins.

The campaign aims to celebrate and represent the rich diversity of the West Midlands by recognising people who go above and beyond to encourage participation in sport and exercise in the region.

The Hometown Heroes billboard campaign is the next phase of a wider nationwide campaign launching this month, featuring Team England superstars from a range of sports hoping to compete for gold in two years’ time. Both elements ensure Birmingham 2022 celebrates grassroots participation as well as elite competition.

Hometown Heroes can be anyone who lives and works in the West Midlands and can be connected to any sport, not just those included in the Birmingham 2022 Commonwealth Games programme.

Birmingham 2022 has selected its first Hometown Hero to kick off the campaign.
Ricardo D’Alva is a coach at City of Birmingham Rockets Basketball Club in Nechells, where he coaches beginners and elite players aged from 8 to 18.

He was nominated by the club’s Managing Director Robert Palmer. He said:

“I’m nominating Ricardo as a Hometown Hero because I believe he inspires the next generation of young people to realise their dreams.

“Ricardo joined the club two years ago when he moved to Birmingham from Portugal, and ever since he’s dedicated his life to working with hundreds of young people of all backgrounds and abilities. We couldn’t imagine the club without him.

“Basketball changed Ricardo’s life and now he’s using the sport to change the lives of young people. If there were more people like Ricardo in the West Midlands, we’d have a wonderful legacy of sport in this region.”

Ricardo D’Alva said it’s amazing to be recognised as the first Hometown Hero:

“It is such an honour to be a Hometown Hero because it shows I’ve been able to have a huge positive impact on the young people I coach. The club represents the diversity of the city and brings the community together, takes young people off the streets and gives them a positive focus in life.

“I started here as a volunteer because I never thought, growing up in Portugal, that I could make a career from basketball. I will forever be grateful for the opportunity that the City of Birmingham Rockets have given me to make a living teaching the sport I love.”

“The West Midlands has sport running through its veins, whether that’s elite competition or grassroots participation, and it’s really important to celebrate both. That’s why I am so excited by this campaign, which will champion the people who inspire people to take part in sport across the region.

“By making these Hometown Heroes the stars of an upcoming Birmingham 2022 advertising campaign, we are saying clearly that we are the Games for Everyone, and a celebration of sport at every level. I can’t wait to see some of the characters that are put forward for this special recognition.”

Nigel Huddleston, Minister for Sport, Heritage and Culture, is backing the campaign. He said:

“The West Midlands has a wealth of inspirational people at all levels of sport, so I’m delighted that this campaign will highlight many of them. I would strongly encourage anyone who knows an unsung hero at their club to nominate them to be one of the faces of the Games.”

To nominate someone to be a Hometown Hero, please visit www.birmingham2022.com/hometownheroes. Entries close Friday 6th November. Terms and conditions apply.