But what exactly is WMIP and what can it do for your business?

The WMIP is an initiative that aims to enhance UK-India relations and boost trade, investment, connectivity and partnerships between the West Midlands and India.

How does the WMIP plan to do this?

The WMIP is actioning a five-year strategy for working with India, developed with strategic advice and approval from the WMIP’s Advisory and Executive Boards, inputs from critical stakeholders in the region and India, and analytical support from PwC and the UK India Business Council (UKIBC).

The WMIP has a five point action plan to make this strategy a reality, which includes: 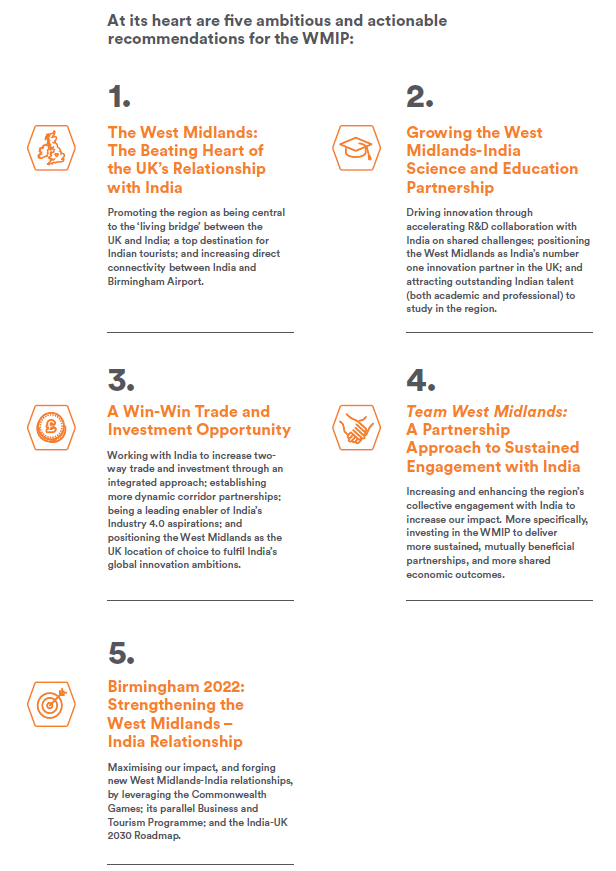 If this sounds like something your business would like to get involved with please email us and we can look to get the conversation started.