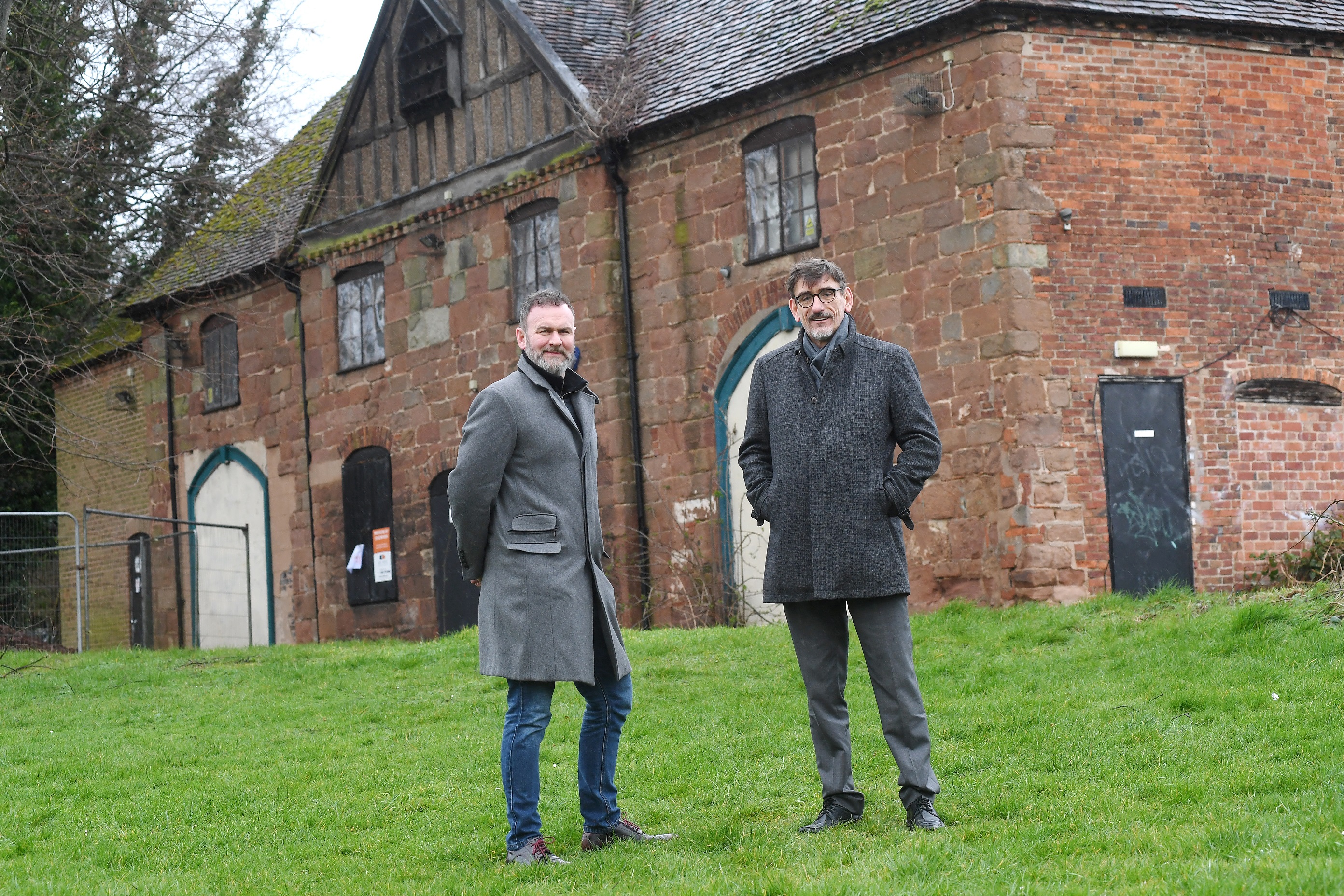 Birmingham’s own Michelin Star Chef Glynn Purnell has agreed terms to open a new fine-dining restaurant in one of Coventry’s most historic buildings.

Purnell, who holds a Michelin star at Purnell’s in Birmingham is planning to open his third eatery at the Charterhouse in Coventry. The Grade I listed fourteenth century Carthusian monastery – one of only ten ever built in Britain – is owned by Historic Coventry Trust (HCT) which is starting an £8m restoration project in June this year, part funded a £4.3m grant from the National Lottery.  The Charterhouse will form the centrepiece for a major new heritage and educational attraction.

The adjoining coach house will be converted into the yet unnamed eatery which will have 30 covers on the ground floor, with 20 more in a first-floor bar.  To the rear a new 150 seat conference and wedding venue is being built as a reconstruction of the original monks’ cloister. Purnell and HCT founder Ian Harrabin have worked together with Birmingham-based architects BPN on the plans, which were announced at MIPIM, the world’s largest property development and investment show, this week.

Glynn said it had been a long-held ambition of expand his businesses outside of Birmingham:

“I am thrilled and proud to be part of what is unquestionably going to be an amazing venue. The Charterhouse is a remarkable building of national importance and the project to restore it is fantastic. Ian and his team have made massive headway and their plans will see the Charterhouse become an attraction of regional and national standing. It is an honour to be part of one of the most important times in Coventry’s history as it gears up to be the UK City of Culture in 2021. Bringing the Purnell’s brand to the city of Coventry is very exciting, especially to be doing so on such a historic ground.

It is a massive opportunity to bring such a strong food brand into Coventry and to hopefully be the catalyst of an explosive new food culture, as I was in Birmingham in the early 2000s. My award-winning team and I will bring a stunning restaurant which will serve adventurous and ground-breaking dishes in the form of A La Carte and tasting menus.”

Harrabin said that planning consent was already in place and, subject to raising the necessary funding, the restaurant could be open in time for 2021:

“Striking a deal with Glynn is a real coup for Coventry and will hopefully bring a Michelin star to the city for the first time. This builds on a recent boom in new, quality restaurants coming into the city centre. Glynn has a national reputation built on the highest standard of cuisine and is hugely respected in the industry. To be chosen as the place to open his first operation outside of Birmingham is a recognition of the huge changes in Coventry. The Charterhouse is unique, and we thought long and hard before deciding what we should offer, and who should run it. Having Glynn Purnell could not be more perfect.”

“We will use locally sourced ingredients to produce mouth-watering combinations with mind-blowing wines to match. The jaw-dropping views of a 14th century cloister, with equally jaw-dropping food, will offer something that not only Coventry can be proud of, but the whole country, placing the city firmly on the culinary map.

The wedding venue and conference centre will be an excellent opportunity for me to spread my wings even further, catering for the ever-growing number of individuals and businesses in a thriving city. We will provide a service for everything from business lunches to conferences, private events to weddings. This will be a conference and events space like no other. It will also have stunning views overlooking the cloister, and whether a guest is getting married or attending a conference they will have an experience which is second to none.”

Often called the ‘Yummy Brummie’, Purnell started cooking professionally at the age of 14. He served his apprenticeship at the Metropole Hotel at the NEC, gaining experience in every department from banqueting to the A La Carte Terrace Restaurant, where he discovered his talent and passion for fine dining. It wasn’t long before he began winning awards including the prestigious Salon Culinaire. His next professional step was as Chef de Partie at Simpson’s Restaurant in Kenilworth where he progressed to the position of Sous Chef under Andreas Antona. The restaurant was awarded a Michelin star and Glynn went on to win many accolades within the industry.

After training with top chefs including Gordon Ramsay, Gary Rhodes and Claude Bosi, Glynn travelled abroad to work with well-known Michelin starred chefs in Europe. He went on to help launch Jessica’s in Edgbaston in July 2003, which was awarded Birmingham’s first Michelin star back in 2005. Glynn is now the proud owner of two establishments in Birmingham; Purnell’s Restaurant on Cornwall Street, which opened in July 2007 and was awarded a Michelin star in 2009, which it has retained every year since; and Purnell’s Bistro & Ginger’s Bar on Newhall Street, which opened in September 2012.

Glynn became a household name after taking part in The Great British Menu, winning twice and then later appearing as a mentor. He has previously featured on The Great British Food Revival and The Secret Chef, among other television programmes. He can regularly be seen on Saturday Kitchen as a host and guest chef. He presented the latest series of My Kitchen Rules UK alongside Rachel Allen on Channel 4 in 2017.