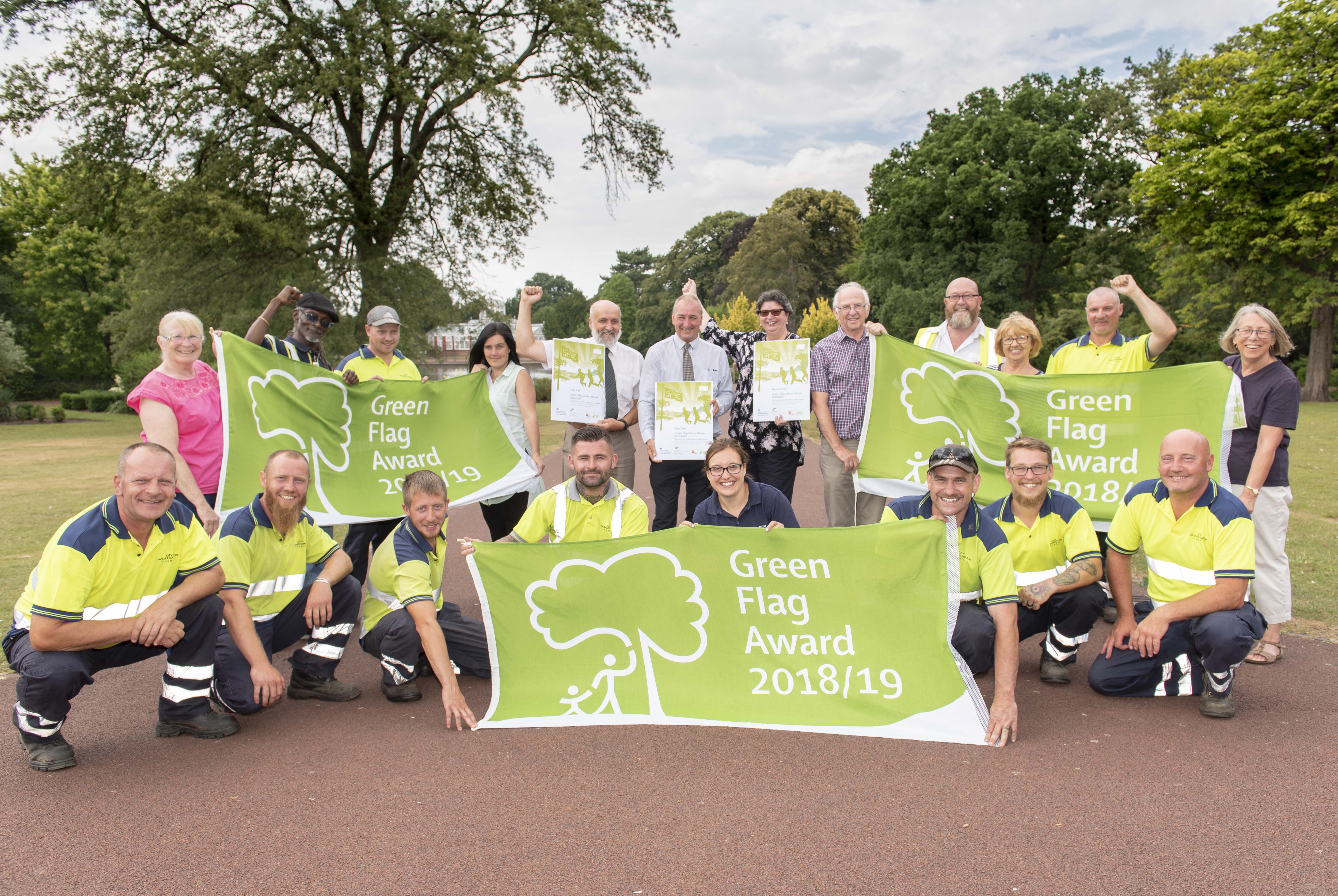 Wolverhampton’s popular green spaces; West Park, East Park and Bantock Park have all been recognised by the Green Flag Award Scheme for each being one of the very best parks in the world.

The three award-winning parks are among a record-breaking 1,883 UK parks and green spaces that will today receive a prestigious Green Flag Award – the mark of a quality park or green space.

This international award, now into its third decade, is a sign to the public that the space boasts the highest possible environmental standards, is beautifully maintained and has excellent visitor facilities.

“We are absolutely delighted to receive a Green Flag Award for not one, not two, but three of our parks.

“We are really proud of all our parks and play areas in Wolverhampton, they are well-loved by our residents and our three major parks attract many visitors to the city.

“Green Flag Awards are a well-deserved recognition of all the hard work that goes into providing clean and green spaces. I’m so pleased the judges have recognised the efforts our officers, volunteers and friends of our parks put in to making our three most popular parks award-winning beauty spots in the city.”

“We are delighted to be celebrating another record-breaking year for the Green Flag Award scheme, with more Green Flags awarded this year than last year.

“Each flag honours the thousands of staff and volunteers who work tirelessly to maintain the high standards demanded by the Green Flag Award. We are proud to have so many wonderful green spaces in the UK for people to enjoy, and hope that next year, we award even more flags.”

West Park is around 18 hectares, includes a beautiful lake and a stunning landscaped green space within a ten-minute walk of Wolverhampton city centre. The park is considered to be one of the best, unspoilt examples of a Victorian park left in England and is Wolverhampton's premier open space.

East Park, situated off Hickman Avenue is approximately 18 hectares in size and is popular with local residents due to children’s play areas, the cycle speedway track, multi games courts, football pitches and the popular outdoor pools in the summer months.

Bantock Park is around 16 hectares compromising mostly of an open space, which still retains its 'rural' character, with a variety of trees, a nature trail and home of the iconic Bantock House.

City of Wolverhampton Council is sharing beloved park memories from local residents via its #LoveWolvesParks social media campaign during ‘Love your Parks’ week.