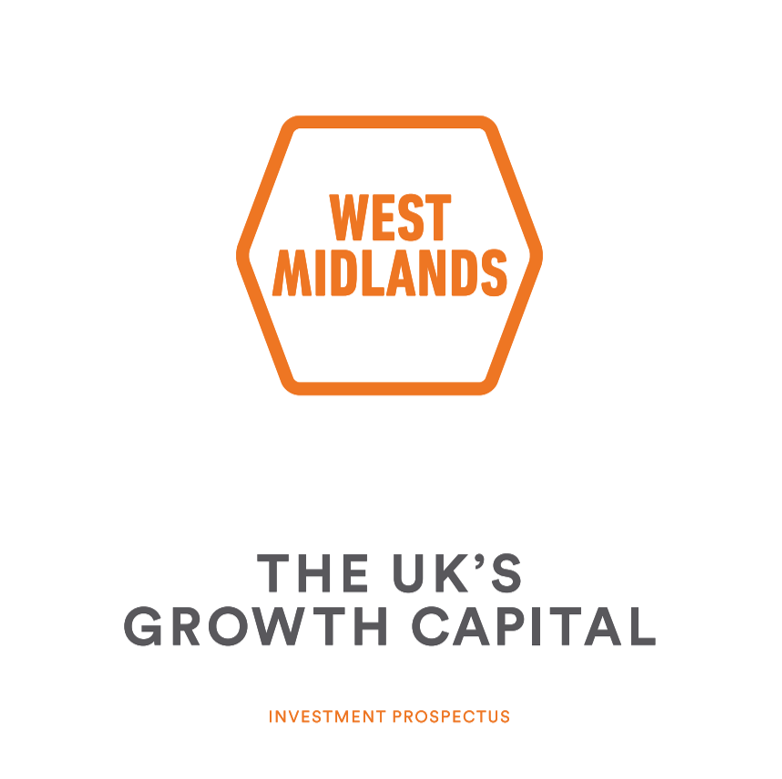 Up to £10 billion of opportunities to invest in the West Midlands – the UK’s new growth capital.

The West Midlands Investment Prospectus showcases 24 transformational schemes to compete on the global stage and further accelerate the economic and cultural renaissance sweeping the region.

In launching the Prospectus at the MIPIM property show in France, Mayor for the West Midlands Andy Street said the schemes would breathe new life into local communities and continue the region’s march to be at the cutting edge of new world industries

Positioning the West Midlands as the UK’s Growth Capital, the place to create, innovate and build the future, the Prospectus provides investors with a clear road map for joining the hundreds of companies relocating to the UK’s most investable region.

“These are exciting times for the West Midlands. Growth is strong and optimism is high.

“We have a drum beat of momentum behind us both economically and culturally.

“Birmingham will host the 2022 Commonwealth Games and Coventry is set to shine as the UK City of Culture in 2021, offering opportunities for investors to help build lasting legacies.

“Our industrial heritage is second to none but we are also home to the industries of tomorrow and are busy creating a new industrial revolution in the very place where it all began.

“So now is the time to invest in the UK’s new growth capital and its most liveable, investable and competitive region.”

A number of the sites in the Prospectus build on the unprecedented investment being put into the region’s infrastructure, especially transport.

The HS2 high speed rail line will open in 2026 - putting the region just 38 minutes from London - and the West Midlands Combined Authority (WMCA) is using newly acquired powers and funding transferred from central government to further drive the growth and investment needed to fulfil the region’s ambitions.

This includes a series of new Midland Metro tram extensions across the region and plans for new passenger rail lines, opening up new sites for housing and commercial development.

The Mayor said the Prospectus showed how the West Midlands had come together to speak with one voice in delivering its message to the world – that the region is THE place to invest, establish a business, study and live.

“We are a region of growth and innovation and we have all the fundamentals in place for successful investment along with the determination and talent to deliver.

“This Prospectus shows how we are creating fresh opportunities in the former industrial communities of the West Midlands, turning brownfield sites into new homes, schools, offices and factories.

“But we want this growth to benefit everyone and for this Prospectus to provide the things that really matter to people like good homes, jobs and access to skills and learning.

“We are the most promising place to invest in the UK – and, like all good businesses, we have a plan and we are delivering it.”

The Mayor said the sheer range and diversity of the 24 sites also meant there would be something for everyone.

Schemes featured in the Prospectus include: