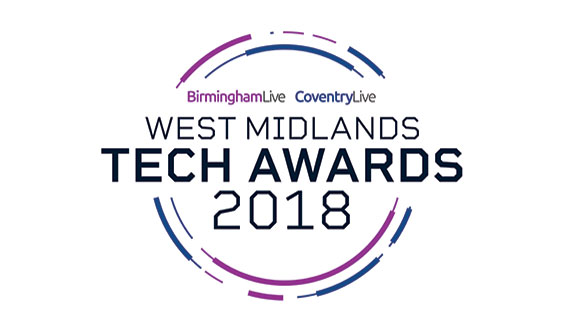 The e-gaming firm behind names such as mFortune and PocketWin has been crowned the region's Digital Business of the Year at our West Midlands Tech Awards 2018.

Intouch Games, based in Halesowen, took home the top prize at last night's inaugural awards run by BirminghamLive and CoventryLive.

The company is one of the UK's largest privately owned e-gaming businesses and has developed multiple, world-leading brands after beginning life in 2001 as a slot machine and jukebox manufacturer, before developing a mobile phone casino system in 2006.

It now has a payroll of more than 300 staff and around two million players enjoy its games. Judges were impressed by the way the firm had advanced digital capabilities and delivered technological innovation in a very competitive sector, as well as adopting a player-focused approach.

The West Midlands Tech Awards, which welcomed NatWest as headline sponsor, celebrated tech and digital innovation across 12 categories, with prizes handed out to individuals, corporations and public sector bodies.

The panel acknowledged that both companies were using cutting-edge innovation across fields such as materials, engineering, design and fuel technologies so decided to name them both as winners.

"Picking a Digital Business of the Year from all of our great nominations was never going to be easy but the panel felt Intouch Games really was a market leader.

"The company showcases the very best of the West Midlands tech community and its 17-year growth from a slot machine maker to a global e-gaming brand is a striking testimony to that.

"But I must congratulate all of our finalists and winners and praise them for their innovative work in fields as diverse as health, manufacturing, education, the arts and e-commerce.

"They have really shown what a vibrant and dynamic tech sector we have in the West Midlands which I am positive will only go on to prosper and grow."

The awards were held at the ICC and hosted by Gadget Show presenter Ortis Deley with entertainment from dance group the Glo Men.