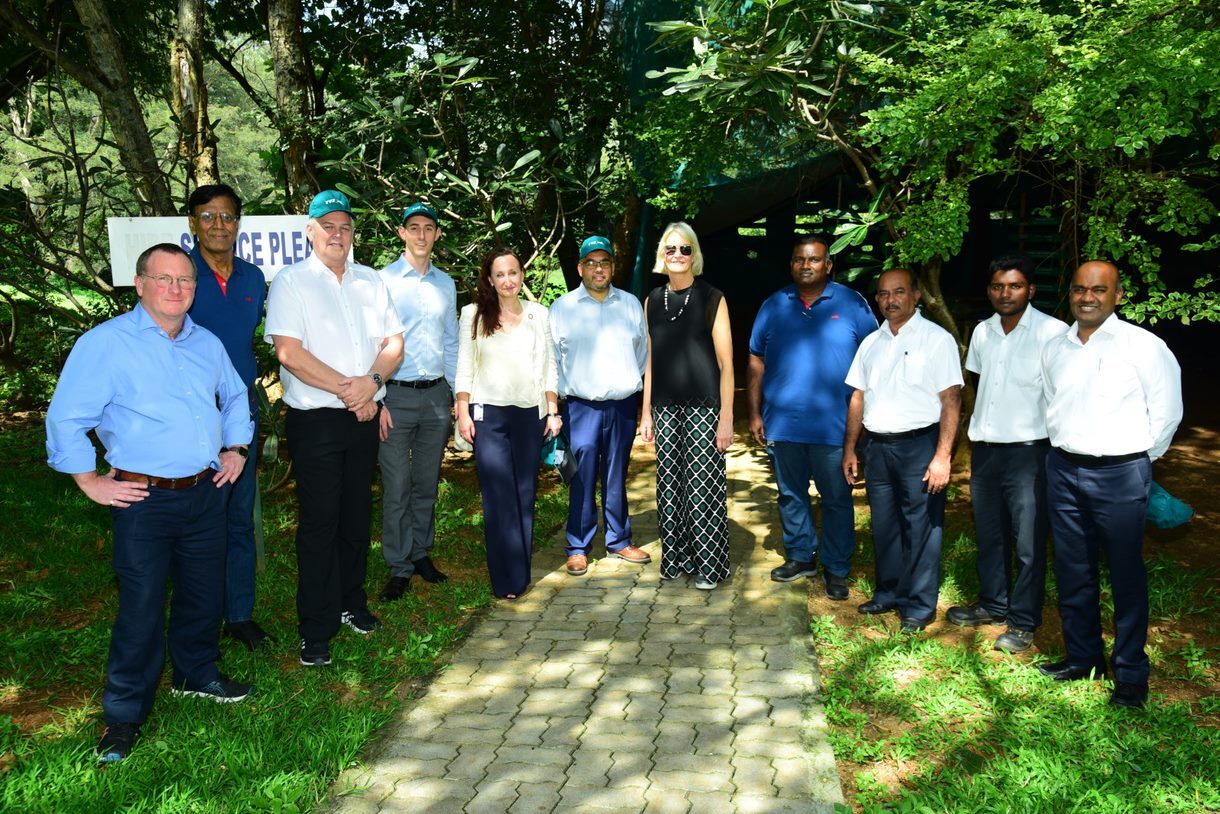 A trade mission formed of business and political leaders from the UK’s West Midlands has resulted in a number of strategic partnerships and announcements that are set to strengthen the region’s economic relationship with India’s sub-regions.

Led by West Midlands Mayor, Andy Street between 6th-12th November, the delegation visited Chennai, Hyderabad, Mumbai and Delhi. Focusing on three key areas – emerging digital technologies, low carbon mobility and data-driven healthcare – the mission built on the ongoing negotiations for a new Free Trade Agreement (FTA). Exploring opportunities for bilateral trade and investment between India, the West Midlands and the wider UK, the mission aimed to build more prosperous communities in both the UK and India.

During the visit, the delegation attended a series of meetings and events, organised by the West Midlands Growth Company (WMGC), with support from the Foreign, Commonwealth & Development Office (FCDO). These involved senior figures from leading Indian businesses, including multinational manufacturer Tata Group, motorcycle manufacturer TVS and automotive manufacturing group Mahindra & Mahindra. The delegation also visited the Hyderabad offices of Coventry-headquartered data specialist, Kagool and a number of industry hubs, including start-up incubator, T-Hub and the Bombay Stock Exchange (BSE).

The mission saw the creation of a number of business-focused MoUs (Memorandums of Understanding), to advance key economic corridors. These included agreements between T-Hub and Birmingham City University’s STEAMhouse innovation centre; the University of Wolverhampton and the Data Security Council of India (DSCI); and the West Midlands Growth Company (WMGC) and Confederation of Indian Industry (CII). From a cultural perspective, a further MoU was signed between the Birmingham Repertory Theatre and India’s National Centre for Performing Arts (NCPA).

Another key cultural announcement came at an event in Mumbai, where Birmingham City University (BCU) pledged to present award-winning Indian singer and composer, Shankar Mahadevan, with an honorary doctorate in 2023 in recognition of his outstanding contribution to music and the arts.

The week concluded with the news that the West Midlands will play host to the 2025 Kabaddi World Cup. This will make the region the first destination outside of Asia to host the prestigious global tournament, which will feature the world’s best kabaddi players from men’s and women’s teams, including India, Iran and Pakistan.

“Our region receives more than half of India’s foreign direct investment into the UK and this is a fantastic foundation from which to forge even stronger ties – as discussions around a new Free Trade Agreement between the UK and India continue. For our trade mission to India, we had a varied programme covering business, tourism, sport and culture that was designed to focus on what needs to happen in order to take this economic relationship to the next level.

“Over the course of the week, we met with Indian businesses big and small to discuss key opportunities for collaboration. I sat down with the Chair of Tata – a hugely significant investor in our region, we held vital talks with Air India about expanding their existing routes to Amritsar and Delhi and we’re the first place outside of Asia to be chosen as Kabaddi World Cup hosts. Together we can unlock significant value for both the West Midlands and Indian markets in the months and years ahead.”

“The purpose for our visit to India was clear – to cement trade ties with key markets, promote long-term bilateral investment and create valuable jobs for the people of Wolverhampton and the wider West Midlands. In this sense, the mission was a resounding success, but the week also brought exciting news in the world of sport, building on the legacy of Birmingham 2022 Commonwealth Games.

“Following on from the successful launch of the British Kabaddi League in Wolverhampton last spring, the choice of the West Midlands for the first ever Kabaddi World Cup to be held outside of Asia will strengthen our reputation for delivering major sporting events, while inspiring a diverse population to enjoy the benefits of being physically active.”

“The West Midlands is a key part of TVS’s global growth plans – home to our only UK branch, as well as TVS-owned Norton Motorcycles’ global headquarters. It was therefore great to meet with our West Midlands partners in Hosur to discuss what the future of TVS will look like in the region, which continues to serve as an invaluable business landscape to match our ambitions. Following discussions this week, we are confident that further investment will be earmarked for the West Midlands, as we continue to expand our operations to meet the needs of our growing, international client base.”

Last week brought the announcement that TVS Motor Company will be providing the University of Warwick with a substantial gift of £1.5 million to help create a new Professorial post at Warwick Manufacturing Group (WMG) – the Lord Bhattacharyya Chair in Engineering Education.