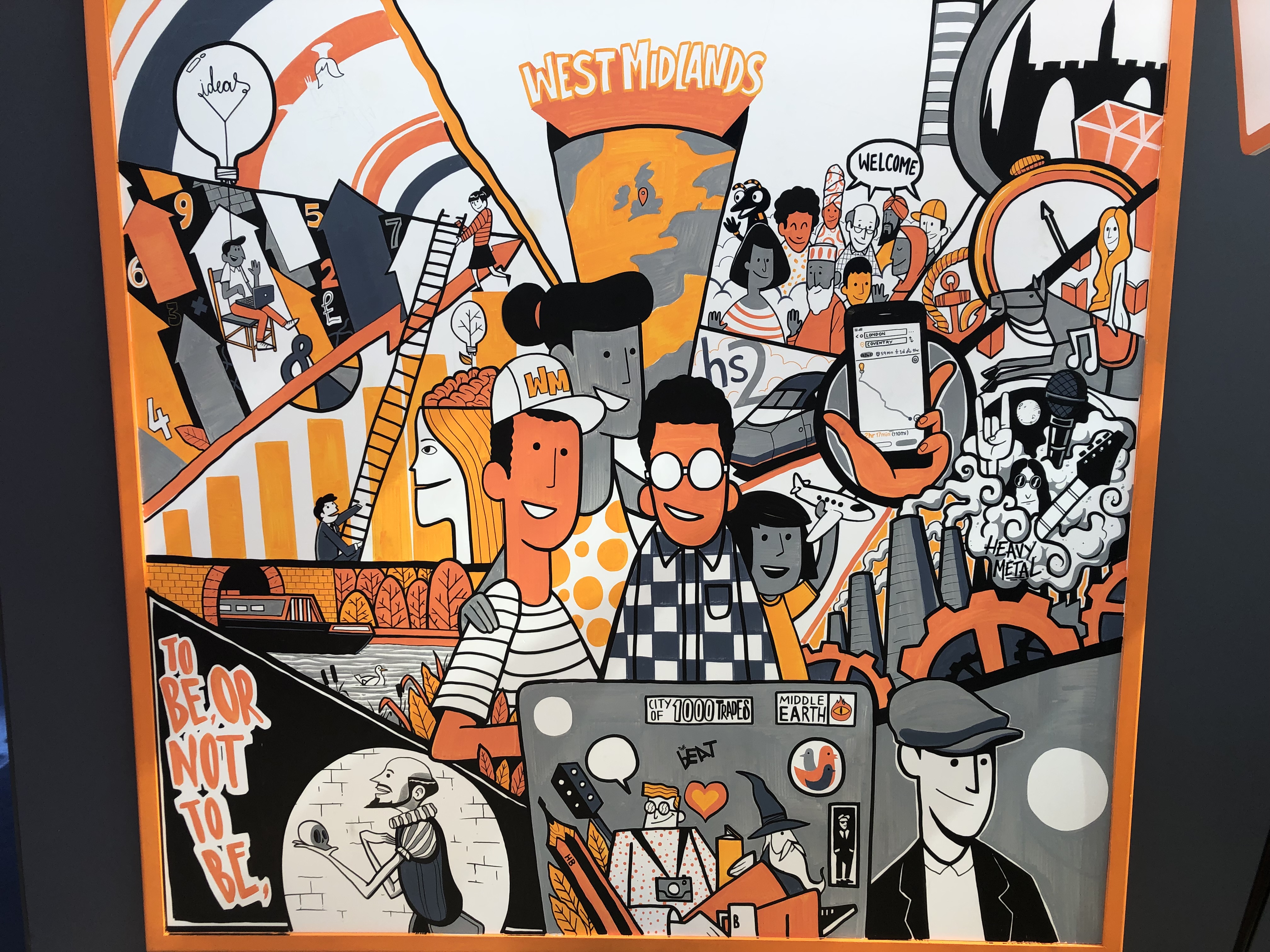 More than 200 appointments worth a potential £2 million for the region were secured by West Midlands business tourism partners at this year’s Meetings Show 2019 (Olympia London, 26-27 June).

The 16-strong regional delegation comprised attractions, purpose-built conference spaces, hotels, academic venues and sporting stadia. They joined forces to make its mark on the two-day exhibition, which this year welcomed a record 5,214 visitors.

Led by the West Midlands Growth Company’s Convention Bureau, Conference Coventry & Warwickshire and Shakespeare’s England, it was the first time that the region came together to promote its conferencing and events offer.

“This year’s Meetings Show was the busiest that we’ve known, with partners and delegates overwhelmingly positive about our integrated regional presence.

“With twice as many appointments secured on our stand as during the last time we attended the exhibition, it is clear that there is a growing interest in the West Midlands’ conference and meetings offer.

“This region is now firmly in the spotlight as a thriving global location for major events, with the 2021 UK City of Culture in Coventry and 2022 Commonwealth Games creating a talking point for visitors to our stand. We will be following up our conversations with organisers in the coming weeks to ensure that the West Midlands remains the number one choice for their next event.”

As part of its work to promote the region at The Meetings Show, the West Midlands hosted a three-day visit for 10 European industry professionals from venue-finding agencies, travel management companies and association event buyers.

Delegates from countries including Spain, France and Germany found out more about the region’s conferencing spaces and quality of life offer. They took part in a 4x4 driving experience at NAEC Stoneleigh and poker masterclass at Ricoh Arena; toured new Premier League Stadium Villa Park; and enjoyed aerial views of Birmingham’s waterways from The Cube.

Helen Peters, board director at the Coventry and Warwickshire Local Enterprise Partnership (CWLEP) leading on culture and tourism, and Chief Executive of Shakespeare’s England, said:

“We’re really pleased with the success of our regional approach at The Meetings Show. We welcomed lots of visitors to the stand, including those from VisitBritain & VisitEngland, who commented on how good it was to see us working together.

“Several of our Shakespeare’s England members have seen our success and are very keen to discuss our presence in 2020. Attendees have already said they must come back to see more, as they were so impressed with the West Midlands’ offer.”

Highlights of the region’s stand activity included four stand takeovers by partners including University of Birmingham and Warwick Conferences, showcasing the region’s food and drink offer, and a graffiti mural depicting some of the West Midlands’ landmarks and claims-to-fame.

“The West Midlands has more going on than ever before; we’re in the midst of a really exciting time with Coventry coming up to its year as UK City of Culture in 2021 and the Commonwealth Games fast approaching.

“It’s clear that people are recognising this and want to be part of it, with the response from those who attended The Meetings Show making it very clear that the West Midlands is where they want to do business, and all of our partners demonstrating that we are ready to welcome them when they arrive.”

The West Midlands received the highest proportion of business visits of all regions (39%) in 2017, nearly double the UK average (Office for National Statistics, 2017).