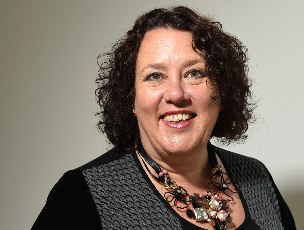 The West Midlands Growth Company, which aims to attract investment, jobs, visitors and businesses to the region, has appointed its Non-Executive Director Liz McKenzie to the new position of Vice Chair.

The role will support Chair Matthew Hammond, and provide further opportunities for the West Midlands Growth Company to draw on the private sector expertise of its Board.

Liz spent 19 years at global manufacturer Toyota, followed by seven years at national mutual life insurer Wesleyan Assurance Society, where she became Chief Operating Officer and Board member. She is now an angel investor who takes an active role in supporting entrepreneurs. As part of her work, Liz is now Chair of IoT start-up Tended, which develops technology to help improve personal safety at work and leisure.

She is also a Non-Executive Director at organisations including the Greater Birmingham Chamber of Commerce and a regional Building Society, and is a Trustee of the Heart of England Community Foundation.

“Liz brings a range of expertise to this new role, with in-depth knowledge of key sectors including manufacturing and technology. I’m sure that her enthusiasm and ambition will help us significantly as the Growth Company continues to showcase the region and its successes.

“Liz is becoming Vice Chair at a time when the Growth Company is really making its mark. The West Midlands Combined Authority has committed to investing £2.5 million into the Growth Company for the next two years, supporting our plans to attract more investment and visitors to the region. We have also started working with a range of new commercial partners in the past 12 months, demonstrating the value that the Growth Company brings to businesses located across the West Midlands.”

As part of her role, Liz will be chairing a sub-group of the West Midlands Growth Company’s Board, which focuses on attracting non-departmental government bodies into the region. She will also be providing guidance and support to the company’s leadership team.

“It has been a pleasure to work with the West Midlands Growth Company as a Non-Executive Director. I’m planning to make a positive contribution to the company by taking on the role of Vice Chair and supporting its ambitions to help the West Midlands realise our full economic potential.”

The West Midlands region has recorded strong results in the past year, attracting 2.3 million international visitors and 171 foreign direct investment (FDI) projects – more than any UK region outside of London.

“I look forward to working more closely with Liz as the Growth Company takes full advantage of the exciting developments coming up in the region. Major milestones for the West Midlands include HS2, the 5G multi-city test bed, Coventry City of Culture 2021 and the Commonwealth Games in 2022. We are also collaborating with our partners on key projects that will help to shape the region’s economic future – such as its Local Industrial Strategy and Tourism Strategy.

“Building on the West Midlands’ strong performance in attracting inward investment and visitors, our plans aim to shape perceptions of the region as a leading international destination for creativity, innovation and achievement.”