Home / News / Up to 2,000 cold homes to get energy saving heating and insulation after region secures £19m funding

Up to 2,000 cold homes to get energy saving heating and insulation after region secures £19m funding 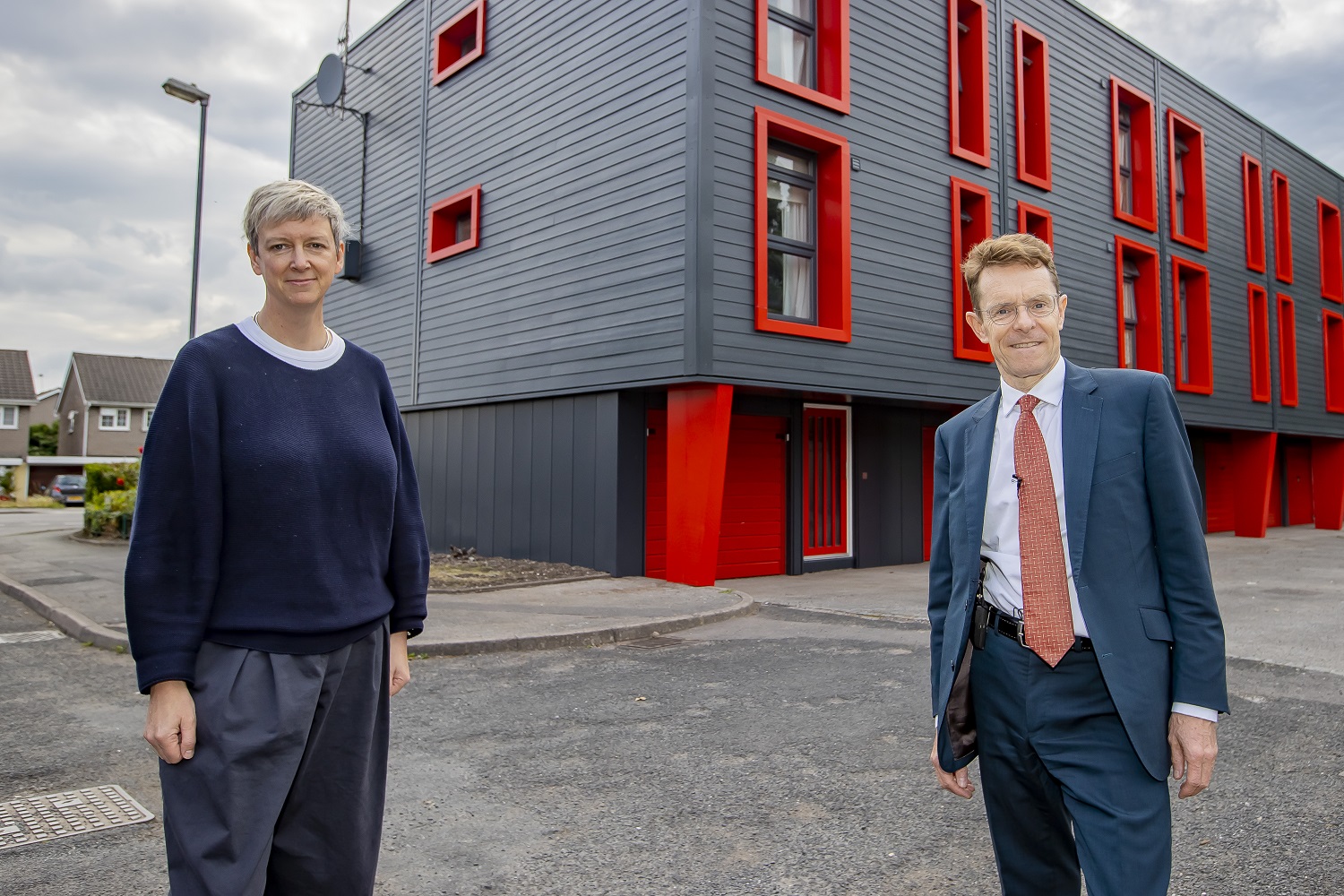 Up to 2,000 old and cold homes across the West Midlands are to get energy saving insulation, low carbon heating systems and other fuel reducing technology after the region secured more than £19 million of government funding.

The money, which follows a successful bid co-ordinated by the West Midlands Combined Authority (WMCA) into the government’s Sustainable Warmth Competition, comes as the region seeks to ramp up action to tackle climate change, reduce fuel poverty and support its #WM2041 ambition to be net zero within the next 20 years.

The funding also follows an announcement by Andy Street, Mayor of the West Midlands, at last month’s COP26 climate conference in Glasgow in which he revealed a pioneering project to create the low carbon neighbourhoods of the future.

Nearly £3 million of the Sustainable Warmth funding will go direct to the WMCA, offering an opportunity to secure additional money for the new Net Zero Neighbourhoods programme announced by the Mayor at the international summit. The WMCA has already put £2 million into the pilot programme.

The rest of the funding will go to the region’s seven metropolitan councils and will be used predominantly to retrofit homes owned by low income families, although some social housing may also be included.

Homes chosen by the councils will undergo a range of retrofit measures designed to slash energy consumption, fuel costs and carbon emissions. Work will be designed following an assessment of each home to make sure the most effective action is undertaken. Measures could include external cladding of the property – to make sure no more heat is lost – and the installation of new energy sources such as solar panels and ground or air-source pumps.

The success of the bid builds on a previous collaboration between the WMCA and local authorities which has already secured £35 million for the retrofit of homes across the West Midlands.

The Mayor said: Andy Street, the Mayor of the West Midlands, said:

“We know retrofitting old and poorly insulated homes is critical to tackling the climate emergency, which is why we have launched ambitious plans to retrofit nearly 300,000 homes by 2026.

“Not only will our plan help cut domestic energy use - which makes up more than a third of total carbon emissions across the West Midlands - but it will also help tackle fuel poverty, cutting bills for those who need it most.

“I am therefore delighted that the Government has recognised the importance of the plans that the WMCA and our regional partners submitted by putting £19 million on the table through its Sustainable Warmth programme to help us begin our work. This is a great start, and we will continue to work with ministers to get the further support required to leverage in the private sector and meet the region’s 2041 net zero goal.”

The WMCA was part of the Midlands Energy Hub consortium that put a successful £82 million bid into the Sustainable Warmth Competition for the whole of the Midlands. The consortium secured the second largest award in England, after Cambridgeshire and Peterborough, with the WMCA playing a vital role in the bid.

As part of the bid the WMCA supported local authorities in their plans and collaborated closely with the Midlands Energy Hub (MEH) on retrofit, also feeding back learning to government, all of which helped develop the successful submission.

“We’re delighted to have secured this major funding for the Midlands. It demonstrates quite clearly the importance of a collaborative, regional approach to attracting government investment and to the delivery of net zero solutions on the ground.

“We’re also pleased to be working with the WMCA to build a powerful partnership across the Midlands region which is helping to generate capacity among our local authorities to ensure that energy measures are applied where they are most needed most and delivered in the most effective way.”

“Achieving net zero by 2041 is a bold and ambitious target for the region but it also the right one – both for our planet and the people of the West Midlands.

“There are two key things we need to do at a domestic level – switch to clean, electric transport and make our homes much more energy efficient. Nearly 40% of the region’s carbon emissions come from heating and powering our homes so we need to ramp up the installation of new retrofit technology.

“This funding from government is encouraging but it should only be seen as the start of what will be needed to drive a much wider transition towards more environmentally friendly housing that can both cut carbon and tackle fuel poverty.”

The WMCA’s Net Zero Neighbourhoods project announced by the Mayor at COP26 involves retrofitting homes with insulation and green heating on a wider, street-by-street basis alongside other low carbon infrastructure such as on-street electric vehicle charging points.

The project’s collaboration between the public and private sectors is also seen as a pioneering approach to retrofit investment.