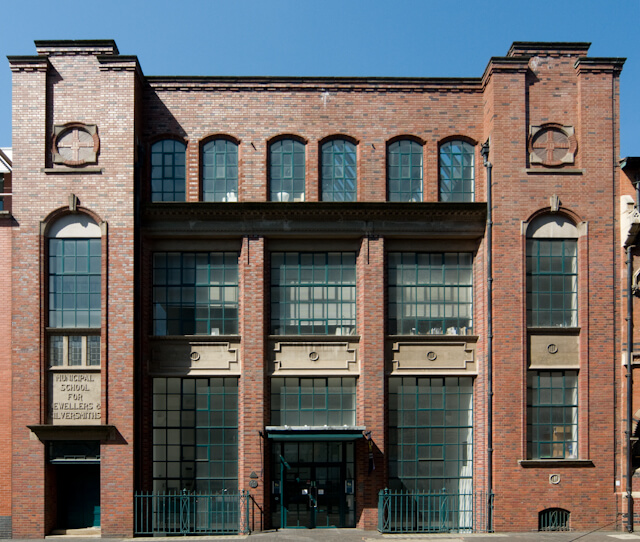 Birmingham City University has been named the winner of a prestigious Queen’s Anniversary Prize in recognition of its School of Jewellery’s proud history of innovation spanning over 130 years.

The University’s School of Jewellery, which was officially opened on Sunday 24th November was named among the winners of the Prizes – the highest honour available to colleges and universities - in recognition of its quality, creativity and benefit to the wider world.

The Queen’s Anniversary Prizes are granted by Her Majesty the Queen every two years, to recognise outstanding work by UK colleges and universities.

The School of Jewellery’s award forms part of the 13th biennial round of prizes for 2018-20, which was announced during a reception hosted at St James’s Palace on Thursday 21 November.

“I am delighted to be able to announce that Birmingham City University has been awarded the Queen’s Anniversary Prize.

“The Queen's Anniversary Prizes celebrate excellence, innovation and public benefit in work carried out by UK colleges and universities. They are run by the Royal Anniversary Trust, an independent charity.

"The Prize was awarded to the University in recognition of the outstanding work of the School of Jewellery in providing education for the jewellers of the future and providing its expertise in the restoration of national heritage finds such as the Staffordshire Hoard. This is a great recognition of our university and of a key part of our heritage, which dates back over 125 years.”

The Queen’s Anniversary Prize medal will be presented at Buckingham Palace in February 2020.

Birmingham City University’s School of Jewellery was founded in 1890, and provides courses such as silversmithing, horology and gemmology at its home in the city’s historic Jewellery Quarter.

Earlier this year it was announced that the School would be expanding to encompass a new 11,200 sq ft building in St Paul’s Square.

Previously home to Abbey College, the space will be home to a new postgraduate jewellery design and research facility with new design studios and offices for staff and doctoral researchers.