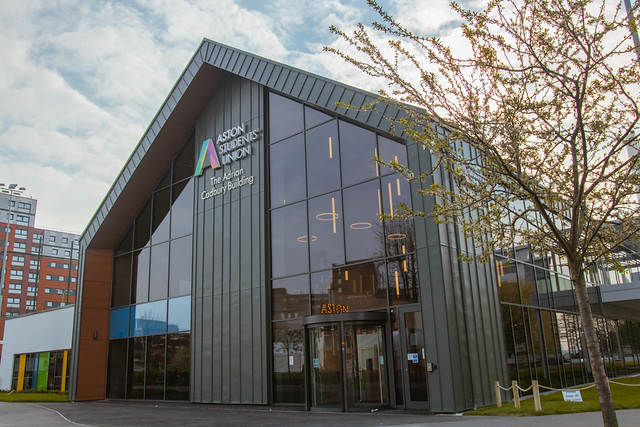 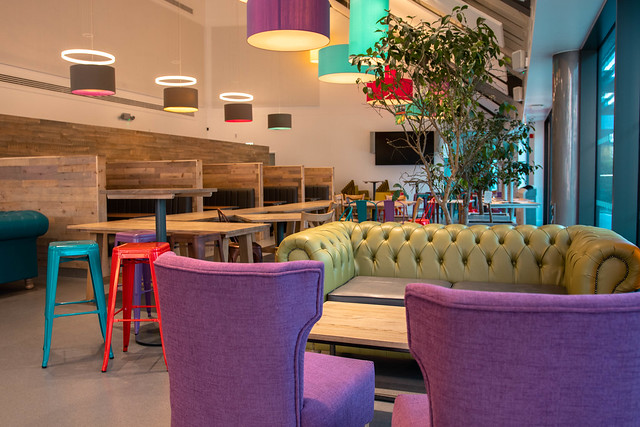 The event has been attended by former sabbatical officers of the SU, alumni donors, members of the university executive team, as well as staff and students; with guests being taken on tours of the building and clubs and societies doing demonstrations in various spaces throughout their new facility.

The new build, designed by architects Robothams and erected by Clegg Construction, replaces the original 1960s Students’ Union building and is located at the heart of the university’s campus.

The two-storey, steel framed building has achieved an A-rated Energy Performance Certificate due to its incorporation of district heating, the use of sustainable timbers, photovoltaic panels and a strict recycling policy.

“The new building is going to be a real game changer for the student experience. It will make a genuine difference to students’ lives on the Aston University campus. Purpose-built SUs are few and far between in the UK, and now at Aston we have the newest and arguably one of the best. The students are going to love it!”

“I know students are going to absolutely love the new SU building and it’s going to become a home from home whilst they are studying at Aston.

“I’m going to be finishing my studies next year and I can’t wait to spend time enjoying the amazing new building.”

“This is a fantastic new venue for the Students’ Union and is among the most modern and sustainable of its type in the country.

“We were delighted to work with Aston University once again, having also completed the new labs for the Aston Institute of Photonic Technologies.”