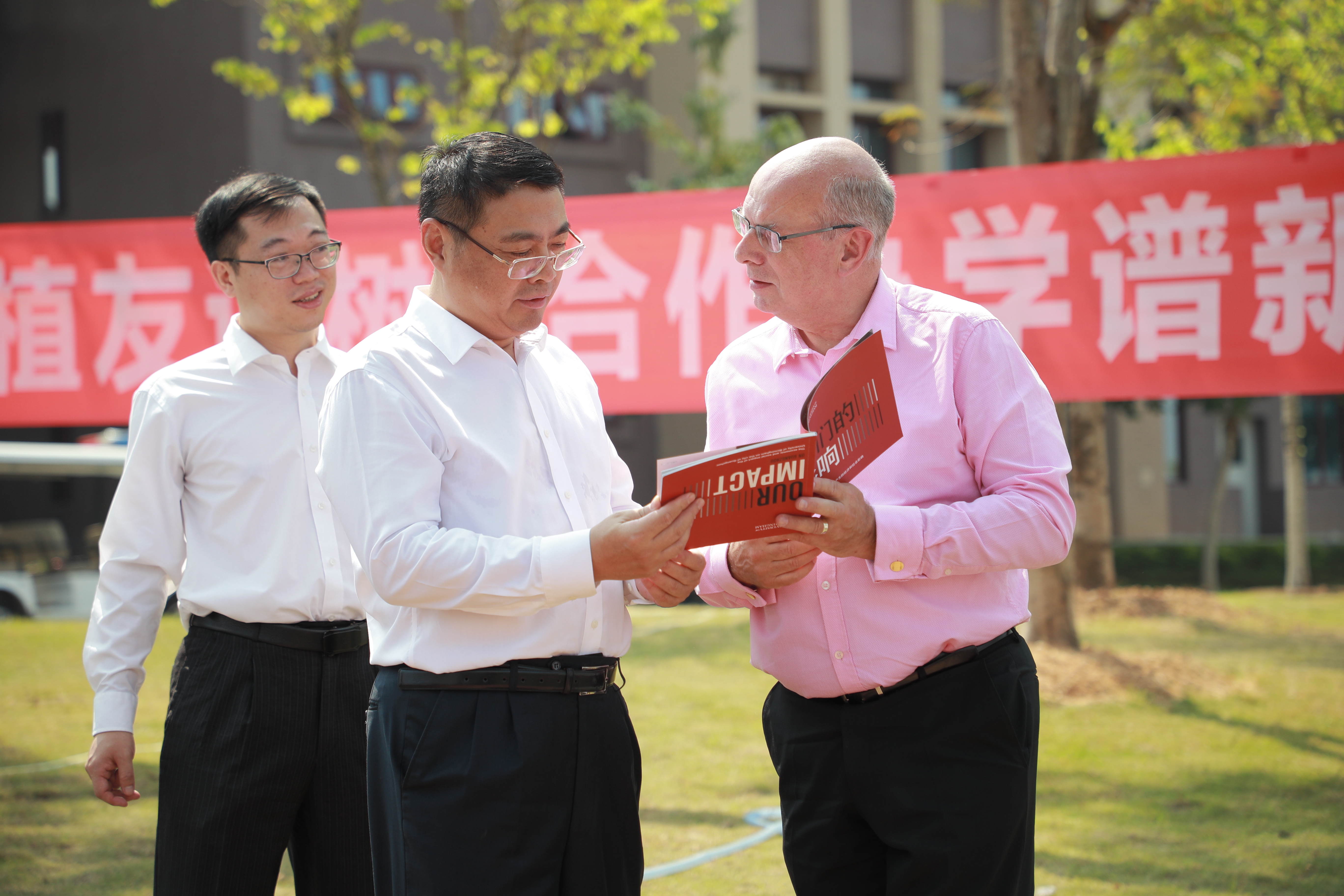 The University of Birmingham’s work with its partners in Guangzhou contributes ¥327 million (£37 million) to the Chinese city’s economy every year - new figures show.

And the University has cemented its successful partnership with Birmingham’s sister city by signing a new five-year agreement to continue working with the Guangzhou Municipal Government on research and education initiatives in the city.

The University has worked with the city’s Government since 2011 and an independent report details how working with partners in Guangzhou contributes ¥32 million (£4 million) per year from research activities in Guangzhou and ¥47 million (£5 million) from teaching and learning initiatives.

With an office in the city centre and partnerships with Guangzhou Municipal Government and local partners, the University’s operations contribute ¥247 million (£28 million) per year to the city’s economy.

The report is based on research by London Economics and outlines how the University is helping to improve quality of life for people living and working in the city through a range of research and education programmes which have:

London Economics measured the economic impact of the University on Guangzhou during the 2017/18 academic year. Its report was launched by University of Birmingham Vice-Chancellor Professor Sir David Eastwood in a special ceremony at the city’s Jinan University ahead of signing the new agreement with Guangzhou Municipal Government.

“As a global civic University, we decided that Birmingham’s sister city of Guangzhou was the ideal place for the University of Birmingham to base ourselves in China.

“Today’s agreement marks the ongoing success of our partnership with Guangzhou. We look forward to many more years working together with the Guangzhou Municipal Government to meet challenges and create closer relations between our cities.

“We work collaboratively with local partners and the city government to deliver positive social and economic impact in the way we do in Birmingham. I’m delighted that the new report measures our contribution to Guangzhou society - not only in financial terms, but also the benefit to citizens’ lives.”

A copy of Our Impact on Guangzhou: The Economic, Social and Cultural Impact of the University of Birmingham on the city of Guangzhou is available here.