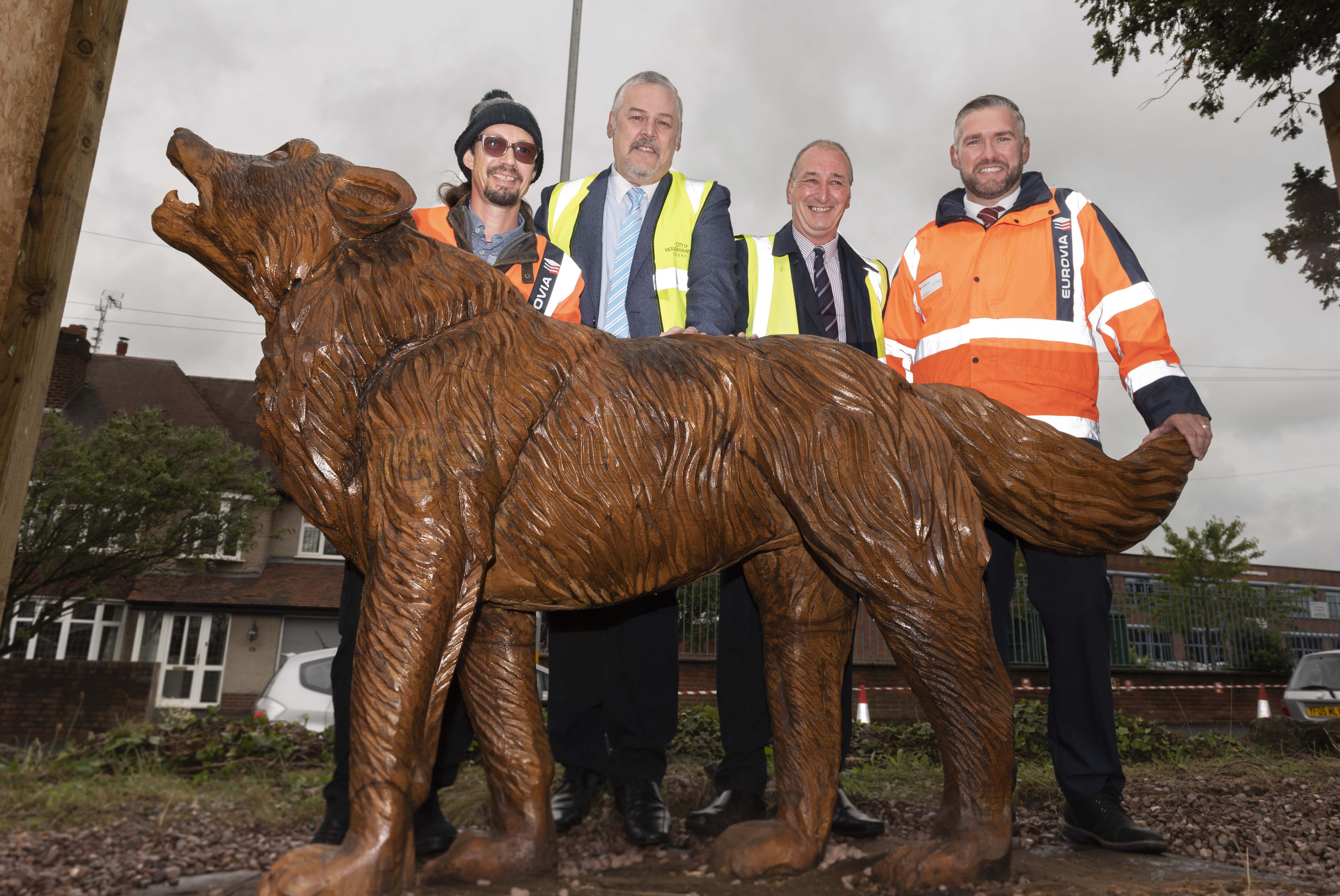 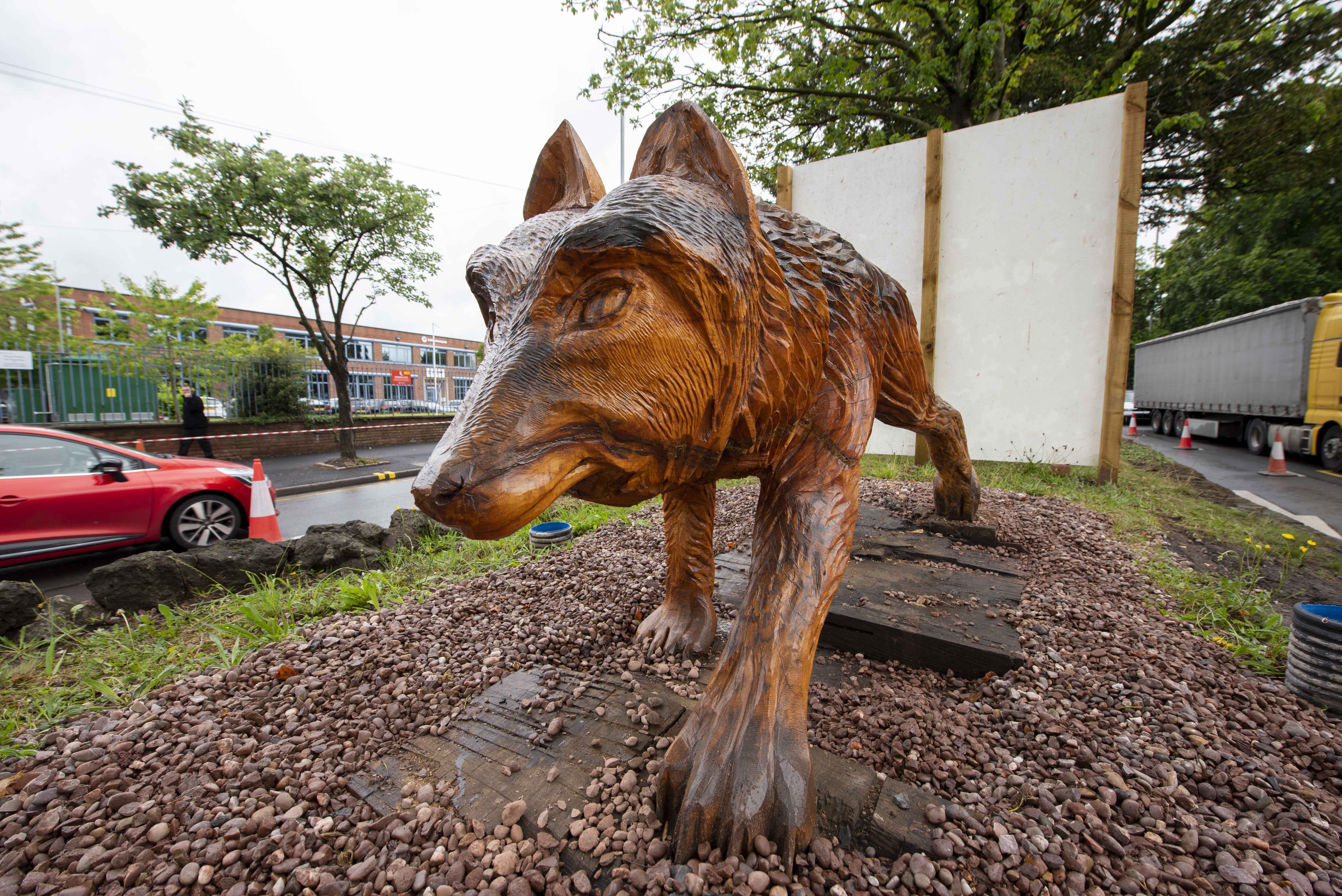 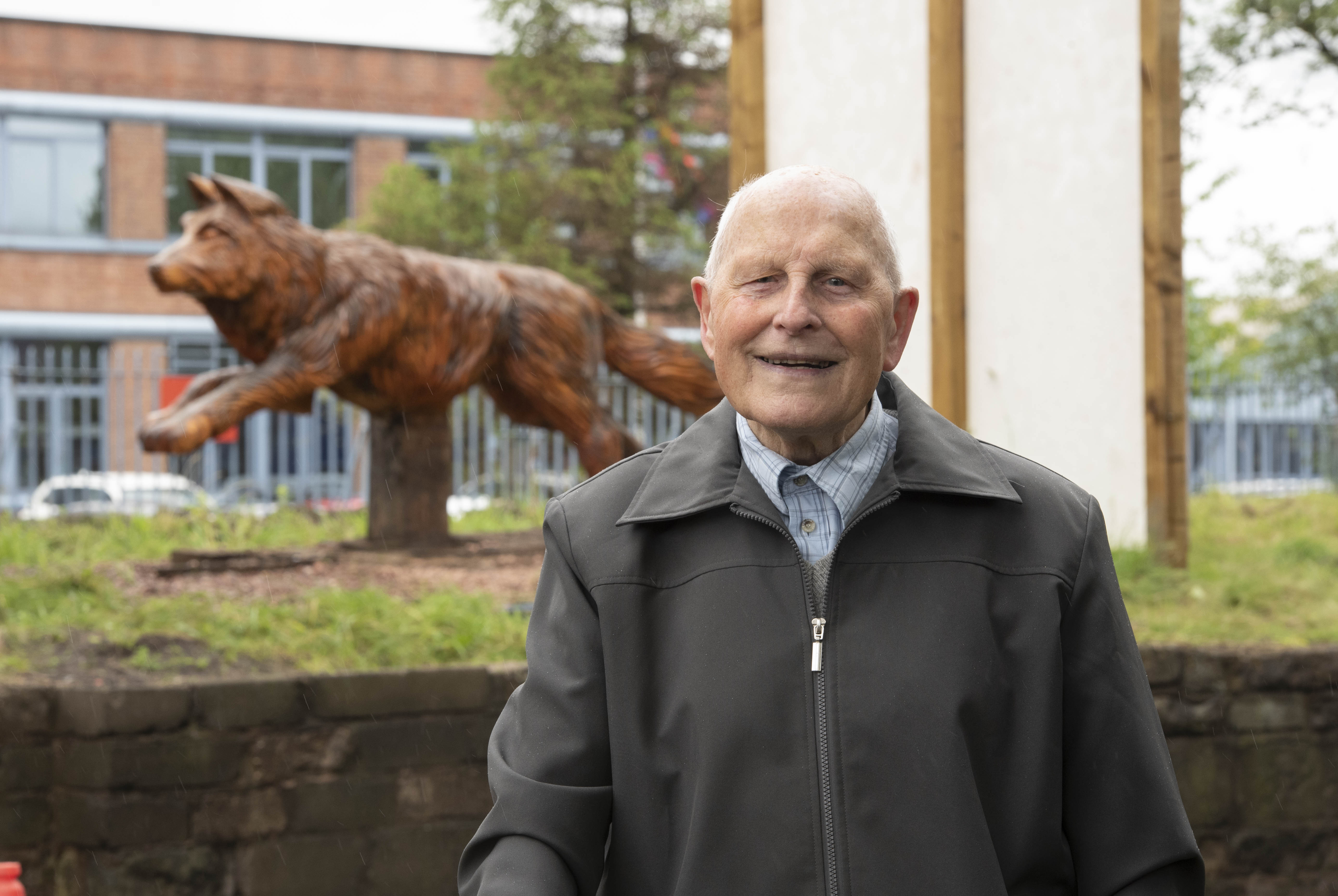 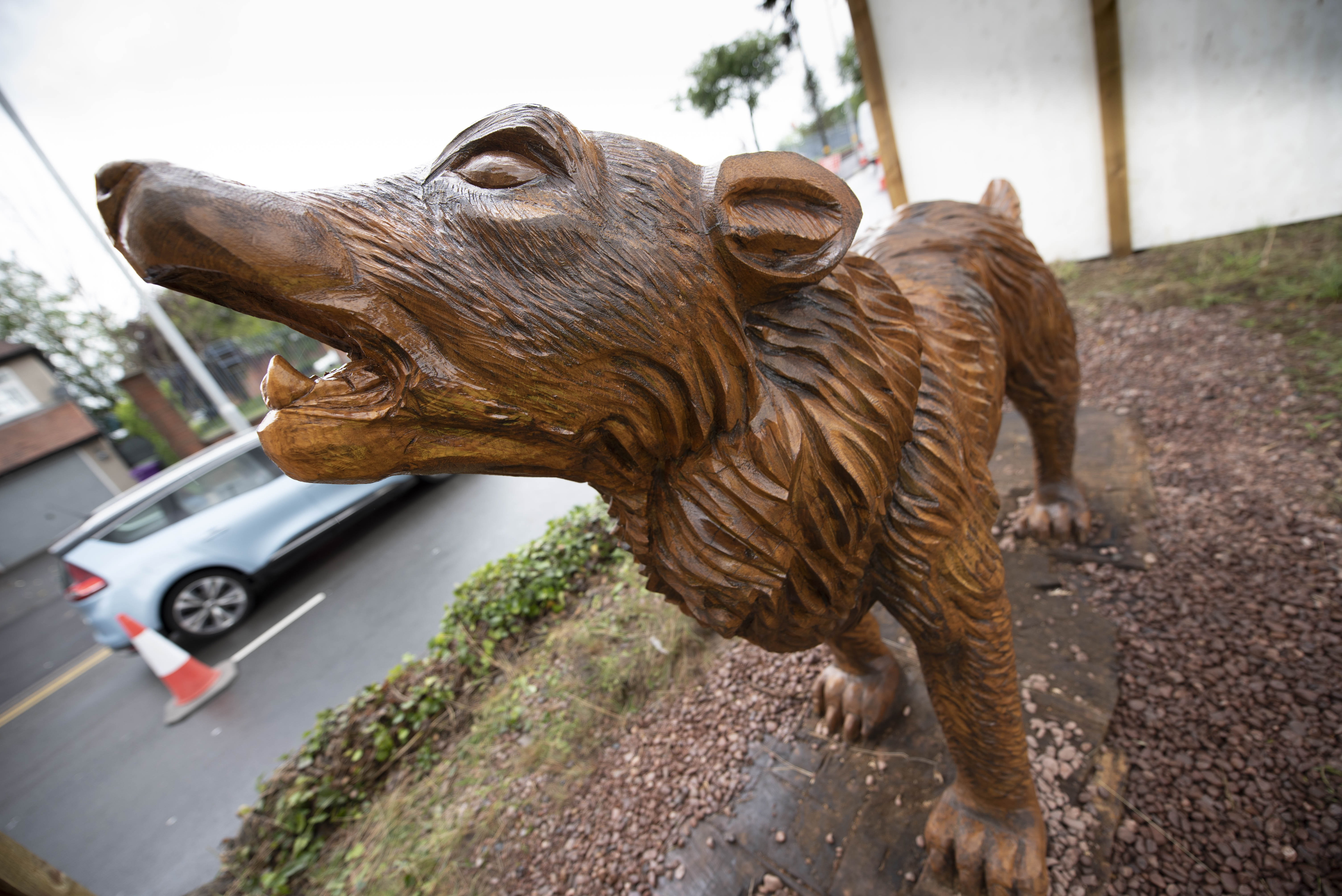 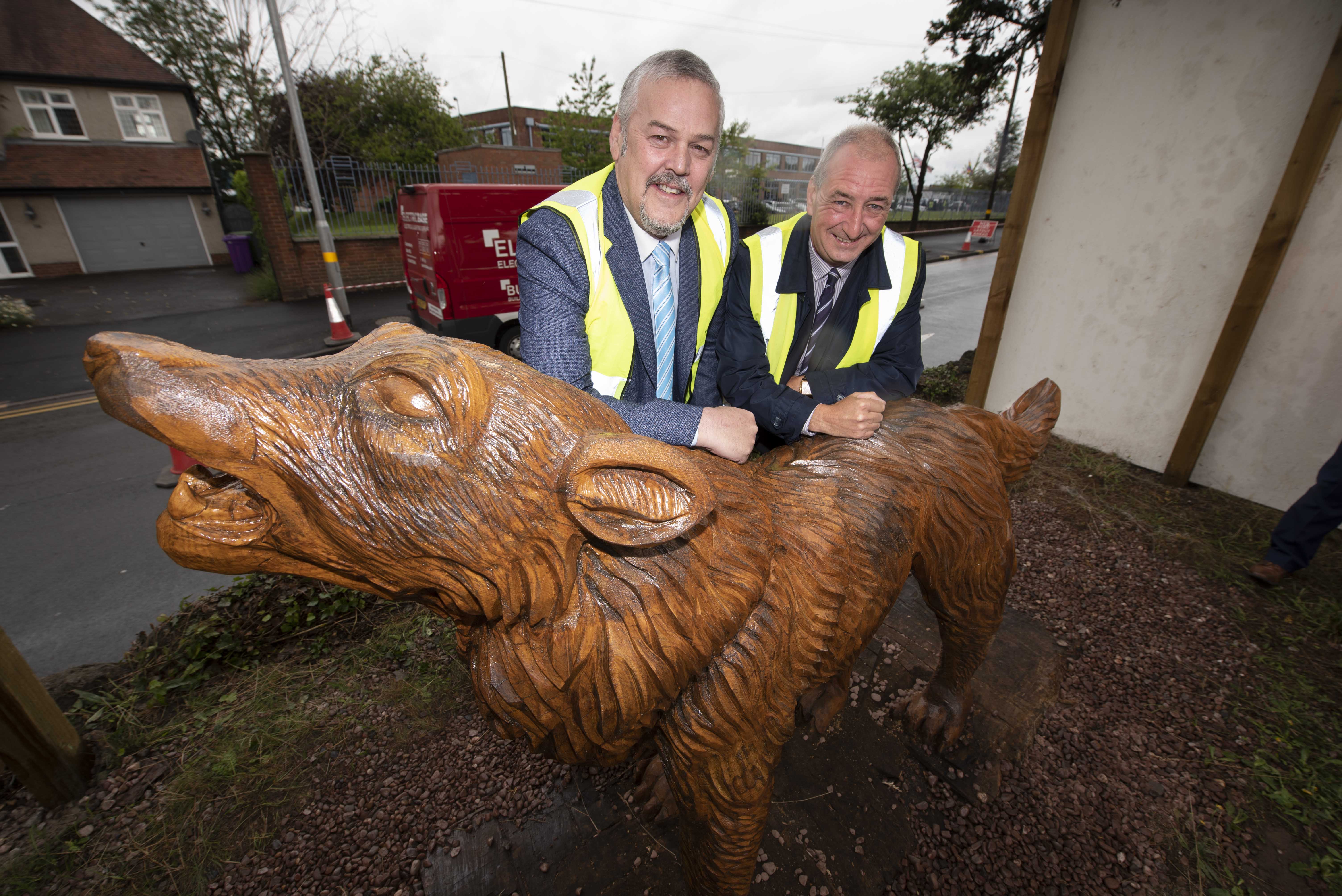 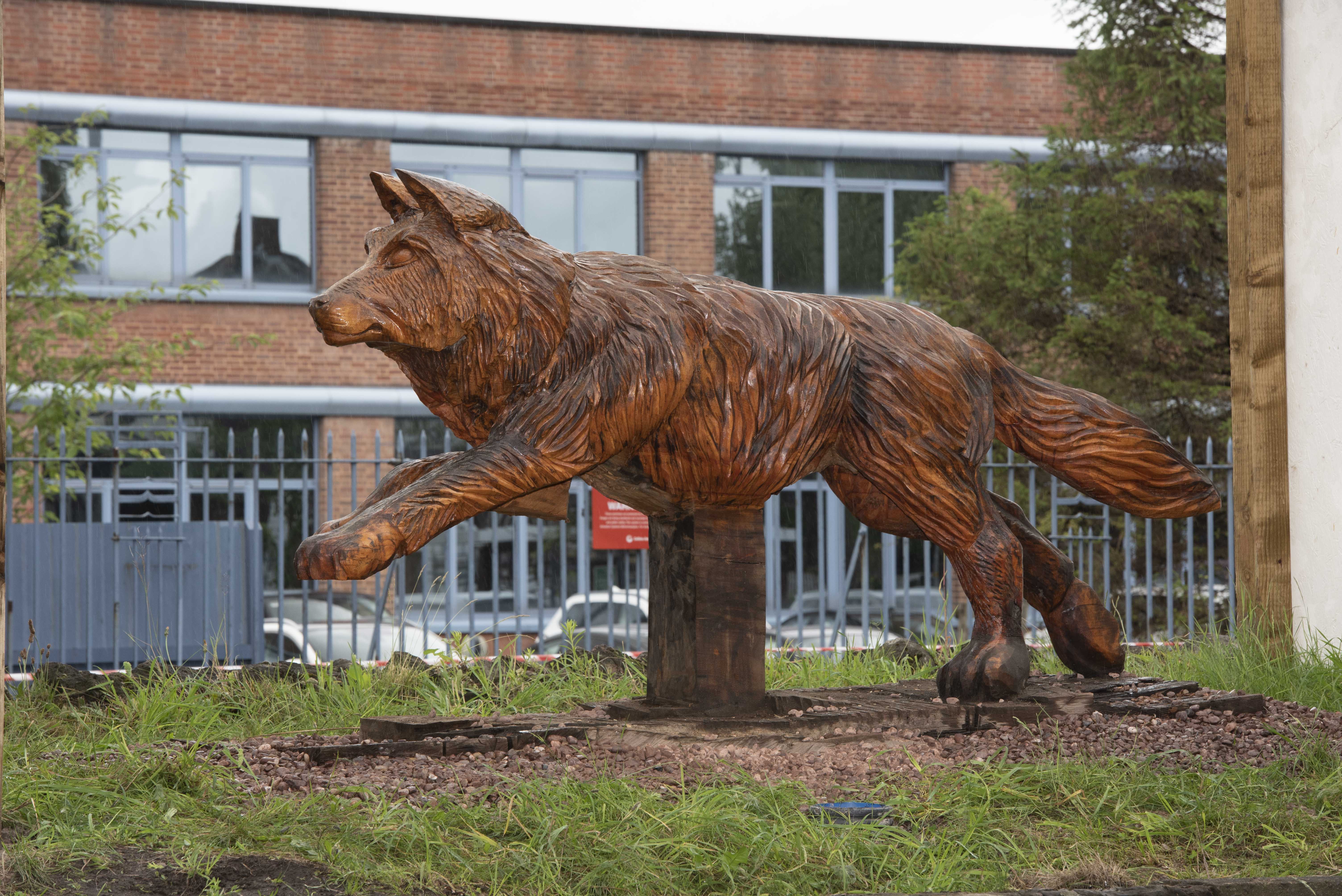 Three wooden wolf sculptures have been unveiled on the A449 to mark the completion of a major transport scheme in Wolverhampton.

As part of the scheme, several trees were removed from the central reservation area to make way for the required highway improvement works.

In partnership with the scheme contractor Eurovia, City of Wolverhampton Council has worked with a local artist to recycle the trees to create eye-catching gateway features within the scheme.

Robot Cossey, a talented Wolverhampton sculpture artist, has created three wolf sculptures which have been installed on the A449.

The wolves have been carved in three different action poses – one running, one leaping and one howling, measuring 1.5 metres tall and 2.4 metres long.

A competition has also gone out to local primary schools to name the sculptures.

“Our highways improvements programme is making a big difference to the transport network in the City of Wolverhampton.

“It is vitally important our road network matches regeneration ambitions and supports businesses and jobs growth in the area.

“Recycling the trees to create the running wolves has been the icing on the cake in this project.

“They are a fantastic addition to the A449 and a great way to mark the completion of the successful scheme.”

“I have been producing sculpture in and around the West Midlands for nearly twenty years.

“It has been a joy to work with Eurovia and City of Wolverhampton Council on this iconic public art project.

“I will always hold Wolverhampton very close to my heart as I studied at the University in the 1990s and continue to live locally.

“I am very proud to see my work being unveiled on one of Wolverhampton’s key routes to the city.

“I really do hope that members of the local community will enjoy the three wolves just as much as I have in creating them.”

“Having worked in Wolverhampton for many years, everyone at Eurovia is delighted that we have been involved in the wolves project that will provide a warm welcome to motorists travelling on one of the key routes into the city."

In the run-up to the unveiling, the wolves were screened by creative hoardings displaying artwork produced by inmates at HMP Oakwood, which will be auctioned to raise money for the mental health charity ‘Mind.’

The hoardings were created as part of an outreach scheme through Eurovia to promote community engagement.

“As a business committed to putting something back into the local community, it was great to work alongside the team at HMP Oakwood who provided some fantastic artwork to brighten up the hoardings used in the run-up to the grand unveiling.”