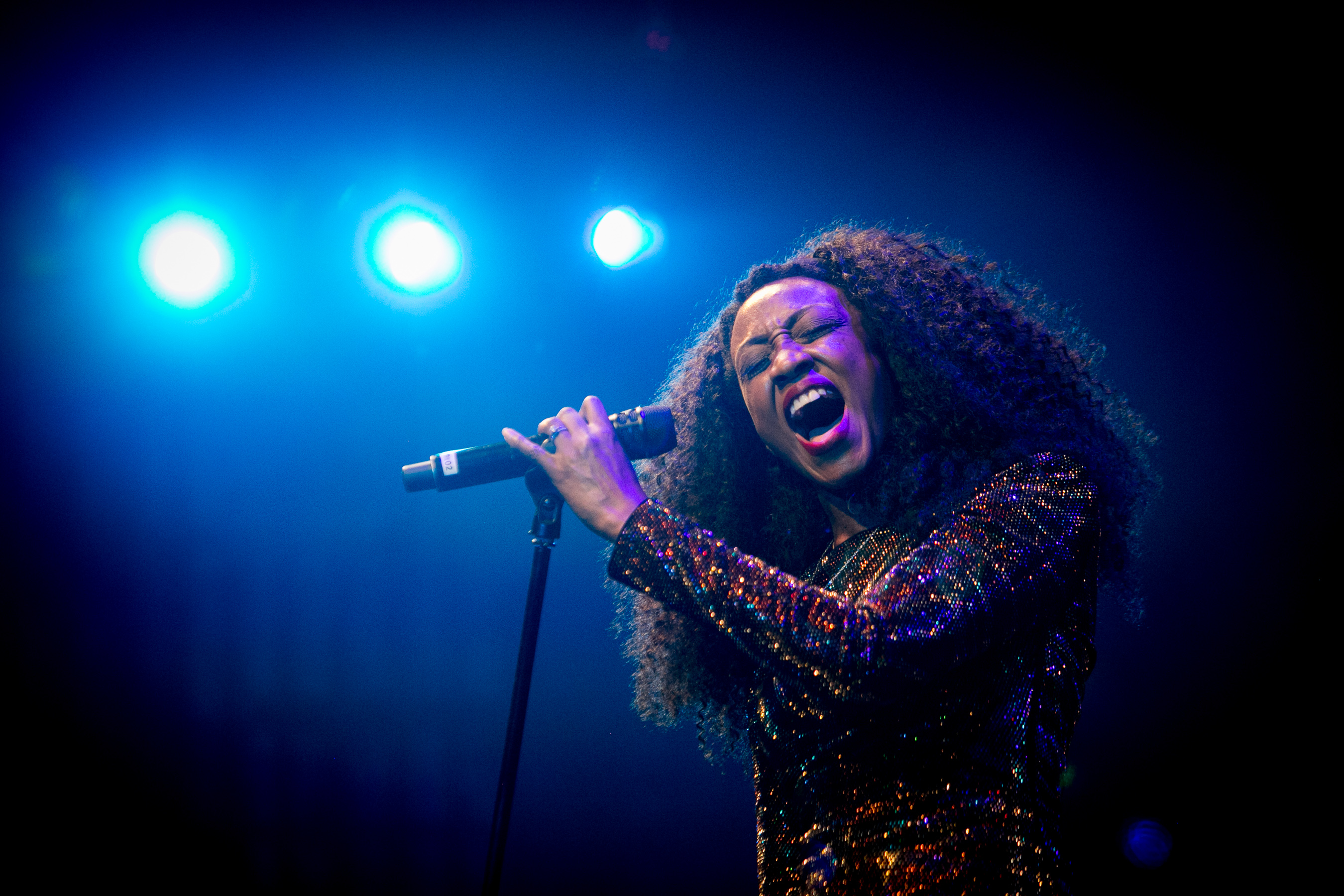 Guests from Birmingham and across the region celebrated 120 years of Birmingham Hippodrome in style at a sparkling flagship Gala event.

Hosted by Hippodrome panto favourite Matt Slack and sponsored by Birmingham Conference and Events Centre, the special anniversary evening reflected on the rich heritage of the theatre, showcased its brilliant talent and revealed ambitious plans for the venue’s future.

Hippodrome Associate Artists Motionhouse kicked off the evening with a free public performance of their new Hippodrome-commissioned piece Wild outside the venue at Hippodrome Square. Guests then walked the red carpet to a drinks reception, supported by Champagne sponsor Laurent-Perrier, before being ushered into the auditorium by dhol drummers and dance and tabla vox performance by another Hippodrome Associate, Sonia Sabri Company.

Taking their seats on the world-famous Hippodrome stage, guests tucked in to a sumptuous three-course meal, and were treated to stellar performances from principal cast members of Wicked, Six The Musical and The Phantom of the Opera, alongside Birmingham Hippodrome’s own Zoo Nation Young Company and the cast of West Side Story, the first community musical produced by Birmingham Hippodrome for the main stage.

BBC’s Satnam Rana hosted a lively Q&A session with Artistic Director & Chief Executive Fiona Allan and Glenn Howells, Chair of Birmingham Hippodrome Theatre Trust, where grand ambitions were revealed to further grow the venue’s festivals programme, develop and diversify its programming and audiences work and to open up the building even more with an exciting future vision. Fiona Allan revealed plans to redevelop the front of the building to be more visible, new performances spaces and rehearsal facilities for schools and community us, to upgrade the venue to a truly world-class facility.

As well as marking 120 years since there has been an entertainment venue on the Hippodrome site, the celebratory gala also raised funds towards their education, youth and outreach work and the further development of Hippodrome Projects. Proceeds totalled nearly £40,000, which will further support the work the theatre does with young people inside and outside of schools and the development of further Hippodrome Projects with our city and region’s communities.

The spectacular evening closed with a performance from Midlands-born international star (and previous panto performer) Beverley Knight, followed by an after-party in the venue’s Patrick Studio.

“Our Gala was a fantastic celebration showcasing all we have to offer, from our talented Zoo Nation Young Company to the cast of our first community musical West Side Story and the best in West-End talent like Phantom of the Opera, arriving here in 2020.

We want the Hippodrome to reflect a city and region as young and diverse as ours is. We’re now open all day and are proud to be a public space in the city. We’ve increased the number of free and low-cost activities, curated new visual arts programmes and expanded our free festivals programme. We also want to create a place where future performing artists can make a career, so we will continue to invest in commissioning and presenting the best local artists. We have many more ambitions for the future of the Hippodrome, from the co-commissions we've brought to the main stage during our 120th year to the building itself, ensuring Birmingham Hippodrome continues to contribute, and shape, the cultural life of the region over the coming decades."

“The Birmingham Hippodrome is an iconic venue for arts and culture and we are thrilled to support and mark 120 years of live performances through our recent sponsorship. As a major leisure destination in the heart of the city just like the BCEC, we felt that it was a great partnership.

“The gala evening was a fantastic celebration of the venue’s past, present and future. As I mentioned during my speech at the event, the greatest recognition our city can give to the important role that The Hippodrome plays in our society is to build the long-awaited Hippodrome Square. The new square will ensure that Birmingham Southside cements its position as the city’s festival hub.”

The Gala was a highlight of a year-long programme of events celebrating 120 years of Birmingham Hippodrome. Upcoming events include a co-production with Curve Leicester of The Color Purple; a new production of West Side Story, Birmingham Hippodrome’s first home-grown youth production for the main stage, a new sculpture commission, and some special birthday celebrations in October with trademark Hippodrome surprises and flair.